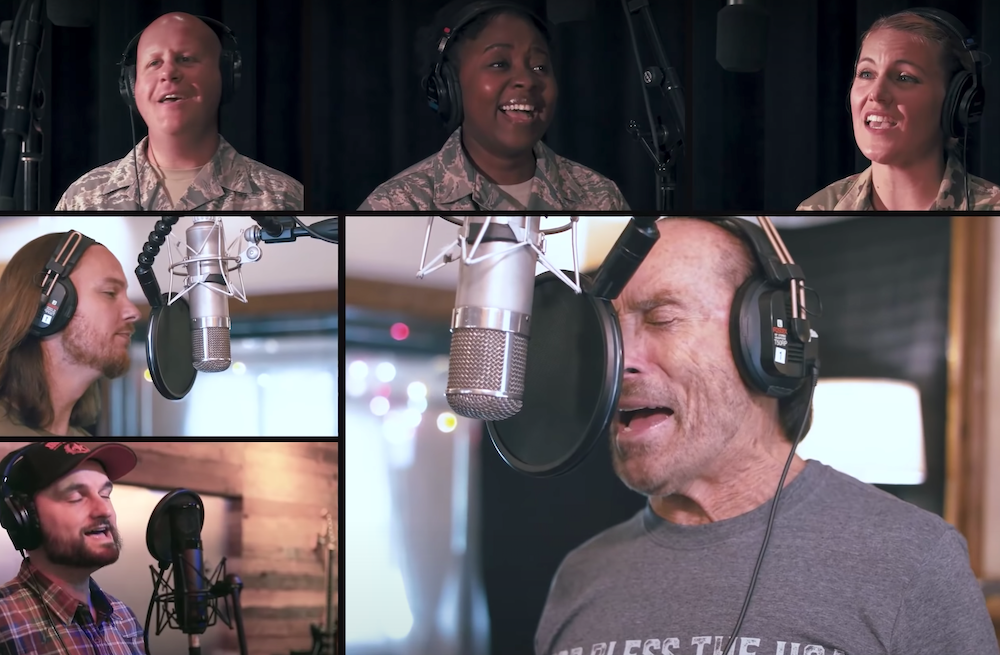 Country singer Lee Greenwood, along with the U.S. Air Force Singing Sergeants and a cappella group Home Free, released a new version of his song “God Bless the U.S.A.” this week.

“After singing ‘God Bless The U.S.A.’ for 30 years the same way, it’s like I kind of sat back and relied on listening. You know, what can I sing different here?” Greenwood told American Songwriter in an interview.

Greenwood also said the release of the song could not be more timely for our nation.

“When we were talking about collaborating not just with Home Free but also with the United States Air Force singers, I thought, well this is really a positive for the Fourth of July, being we’re not working,” Greenwood continued.

“God Bless the U.S.A.,” which Greenwood first released in 1984, reached seventh on the “U.S. Hot Country Songs” chart in 1984, but quickly became a timeless song played at many events celebrating America.

“I think the common thread in Nashville is, if Lee Greenwood doesn’t sing ‘God Bless the U.S.A’ on the Fourth of July, take the flag down. So we really wanted to make sure we had a virtual performance. It was just a great opportunity for me,” Greenwood said.

For some vocalists such as Austin Brown of Home Free, collaborating with Greenwood on such an iconic song was a dream come true.

“When we sing this song, everyone in the audience, no matter where we are in this country, everyone stands up. It’s one of those songs that’s gonna be here forever. It’s going to be in the American culture forever,” said Brown. “And the opportunity to do this with a legend like Lee Greenwood, the original artist, the guy who wrote this song, it doesn’t get any better than this.”

According to Brown, Home Free has used “God Bless the U.S.A.” in many of its shows.

“This is a song that Home Free has been singing for, quite literally, its entire existence, for over 20 years now,” he said. “We closed the show for probably 15 years straight with this song. Now we save it for special occasions or if we do a function for veterans or that sort of thing. It’s almost like a secondary national anthem for this country.”

Greenwood expressed his gratitude and admiration for both groups in the collaboration, saying he could “hear the crispness and the treble.”

“I really admire the fact that we did this a cappella,” Greenwood said. “When you have great singers, who can stay in pitch and deliver really artistic performances, uninterrupted by acoustic sounds, there’s a little magic to that.”

“These singers from the Air Force, they are every bit professional quality. They’re the best I’ve ever heard,” he added. 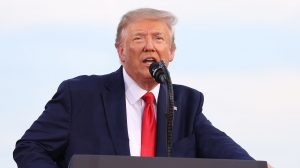