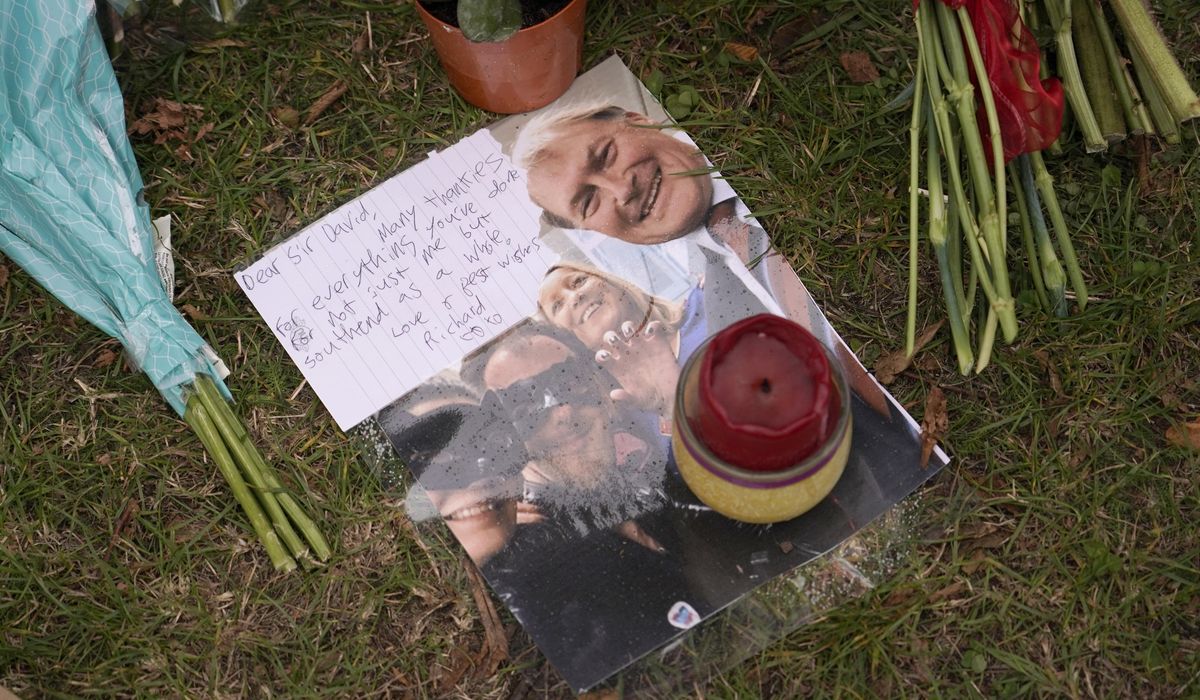 The name alone — “the surgery” — evokes a place where help is sought and given. British lawmaker David Amess, like others, hosted his all-are-welcome surgeries regularly, meeting the voters he represented with a smile and a ready ear for whatever concerns, problems, gripes and hopes they might have.

Shockingly for a country proud of its parliamentary democracy that has served as a model for systems of government elsewhere, Amess‘ availability ultimately also cost him his life.

The fatal stabbing of the long-serving Member of Parliament in an attack Friday that police were investigating as a terrorist incident immediately cast fresh doubt on whether it remains safe and reasonable for British parliamentarians to continue meeting so readily and openly with voters.

Their so-called “surgeries” set British MPs apart from lawmakers in other countries where the governed rarely — if ever — get to meet those who govern them. Being able to drop by, even without an appointment, to chat with and perhaps to chide those in power helps keep British politicians engaged with their communities and allows voters to raise and vent about problems that otherwise could fester if ignored.

Or so the thinking went.

In an era of polarized politics, terrorism threats, social media awash with fury and — not limited to Britain — eroded respect for figures of authority, public accessibility has become increasingly fraught with risk. The stabbing of Amess came five years after another MP, Jo Cox, was slain by a far-right extremist in her small-town constituency. In 2000, a man wielding a sword also attacked lawmaker Nigel Jones and his aide Andrew Pennington, killing him and wounding the MP.

Those assaults did force MPs to be more careful. But they remain remarkably accessible — and potentially vulnerable.

Don Foster, who served for 23 years as MP for Bath until 2015 and now serves in the upper chamber, the House of Lords, says he was often unaccompanied at his surgeries, listening to constituent concerns about housing, schools, money, utilities, hot-button topics like immigration and where the MP stood on this or that issue. Others sent emails or letters and telephoned, generating hundreds of cases each week for Foster and his staff to handle.

At surgeries, “people would turn up, sit in an outer room and be called in by me every 10 minutes or so until I had seen everyone. I would make notes of the issue and suggest what action my staff should take,” Foster told The Associated Press.

Constituents also came to him during off-hours, collaring him when he was shopping. Following police advice, he beefed up his office security after the attack on Jones. Foster also kept a private list of people whom he would not meet alone. He says they included a stalker “who had a fixation about me” and a man who had lost his job and felt the MP should find him a new one.

“By the time I retired, there were over 20 people on that list,” Foster told the AP. “There were several people who came to see me on a very regular basis – often people I judged to have mental health issues.”

Police arrested a 25-year-old British man for the attack on Amess. A lawmaker since 1983, Amess would put up a placard outside – “Meet Your Local MP” – to let constituents know when his door was open. He tweeted about his final surgery three days in advance, with an email address and a phone number for people to book appointments and the full address and even a photo of the meeting point, the Belfairs Methodist Church in Leigh-on-Sea, to make him easy to find.

Even compared to some other European democracies, British MPs stand out with their regular and roving surgeries. Lawmakers are available via appointment in Germany. In France, lawmakers do regularly roam from town to town to make themselves available to voters, and not all require appointments. A Normandy lawmaker has been criss-crossing his constituency in a van with a mobile phone number on the side door and a folding table inside. And in Greece, voters can drop by MPs’ offices. But regular open-house meetings aren’t a thing in Italy or Spain.

In the United States, Congress members’ town meetings with constituents also are less frequent and easy-going than their British counterparts’ surgeries. Security precautions have ramped up since 2011, when a gunman killed six people and injured 13, including then-U.S. Rep. Gabrielle Giffords, during the Arizona congresswoman’s “Congress on your corner” event.

While aware of the risks, Amess didn’t want to become inaccessible.

“We are advised to never see people alone, we must be extra careful when opening post and we must ensure that our offices are properly safe and secure,” he wrote in “A Survivor’s Guide to Westminster,” published last year.

“In short,” he added, “these increasing attacks have rather spoilt the great British tradition of the people openly meeting their elected politicians.” 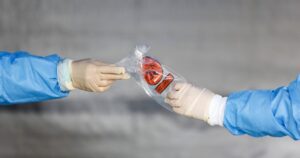 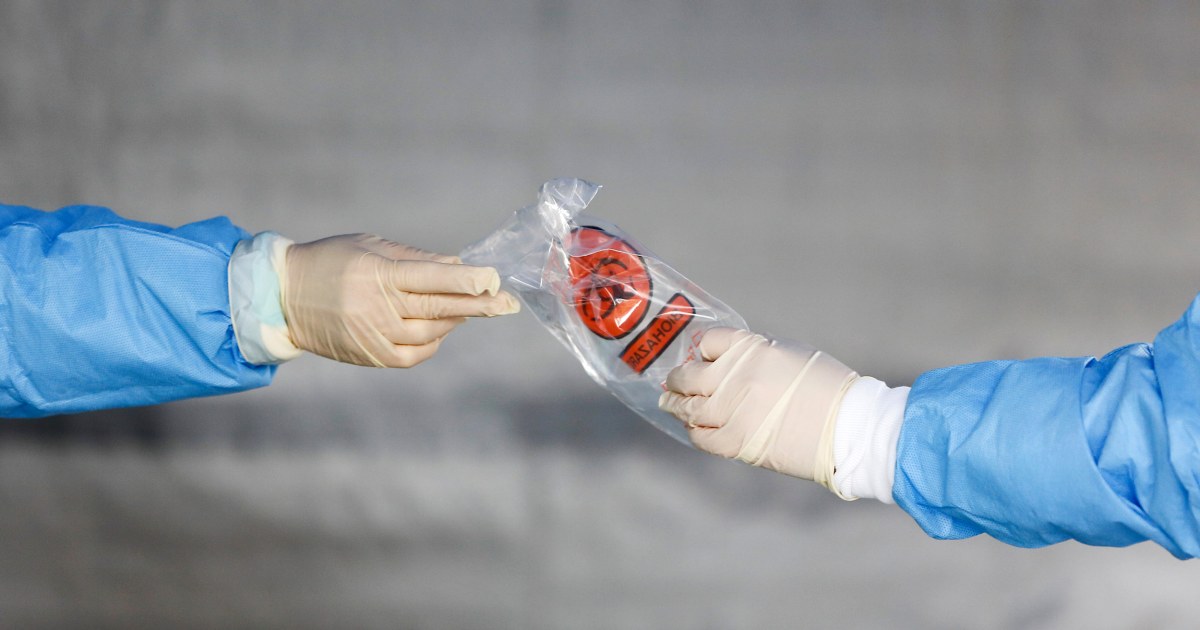 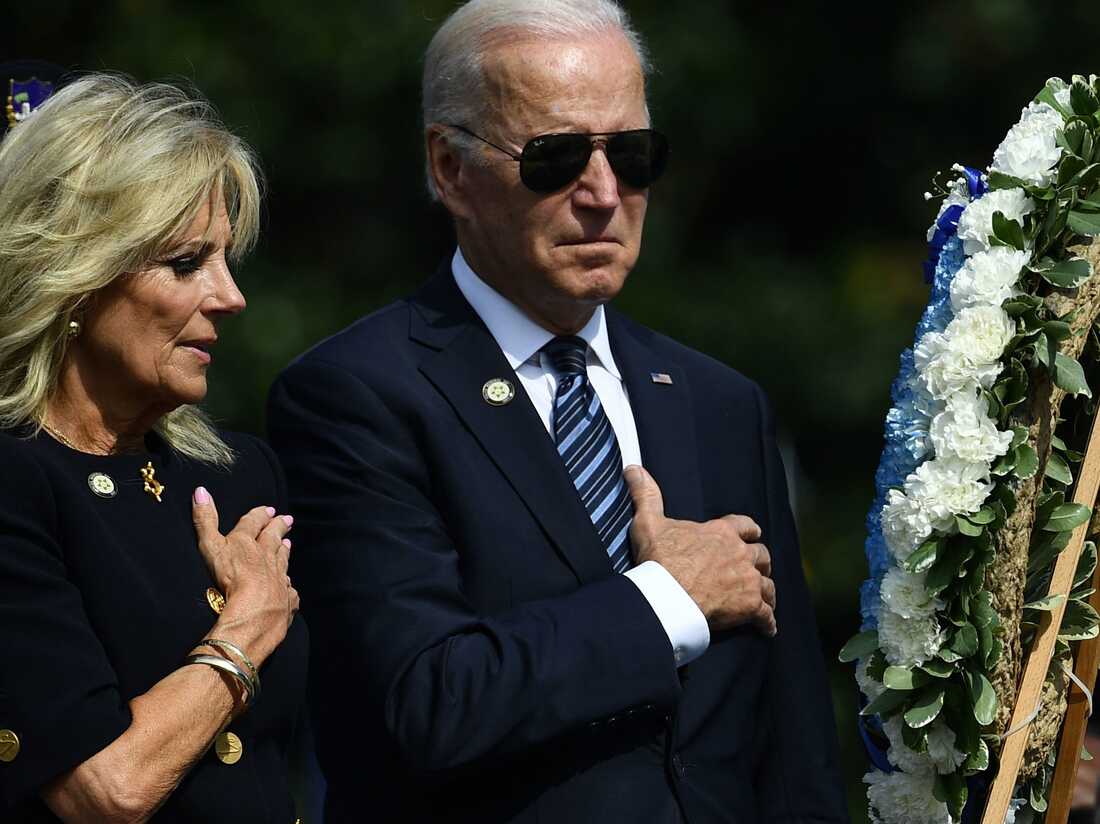 At a memorial ceremony for officers, Biden renews calls for police reform 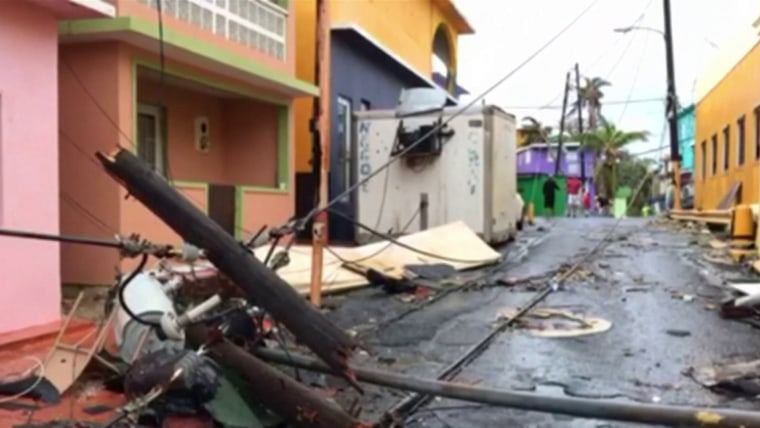