The Los Angeles school district will get the COVID-19 vaccines it needs by the end of next week to reopen its elementary schools, according to an official in administration of Gov. Gavin Newsom.

The arrival of those doses would line up closely with the district’s April 9 target date for reopening campuses, but the timeline would be tight if local officials wait until school district employees achieve maximum immunity, which takes five to six weeks after the first dose of the two vaccines most widely available.

A return to campus also could be derailed by ongoing negotiations with employee unions.

L.A. Unified was being prioritized for doses because it serves such a high proportion of students from low-income families and with high needs, said the official who requested anonymity because he was not yet authorized to release the information.

L.A. schools chief Austin Beutner has said the district needs 25,000 doses to reopen elementary schools in the nation’s second largest school district. That figure would inoculate school staff — such as teachers, administrators, plant managers and food-service workers — and necessary off-campus support staff, such as bus drivers. Getting that number of doses quickly had seemed like a longshot — even though school workers became eligible countywide for vaccines as of Monday.

According to numbers available last week, it appeared as though L.A. Unified might get 4,000 vaccine doses during the first of week of March — a sizable figure and a disproportionately large share based on the district’s enrollment of 465,000 students in kindergarten through 12th grade. But at that weekly pace, an early April return to campus would have been virtually impossible to achieve.

However, with an increased share of vaccine doses, the issue of reopening would fall to district logistics — and to talks with United Teachers Los Angeles, the union that represents the district’s teachers, nurses, counselors and librarians. Union leaders oppose a return to campus until infection rates in L.A. County drop to a seven-day average of 7 daily infections or fewer per 100,000 residents.

Negotiations are scheduled for this week — as is a membership vote seeking an endorsement of the union’s negotiation position. 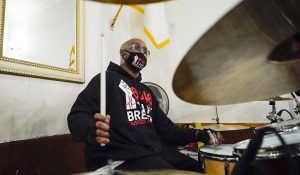 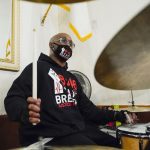 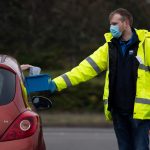