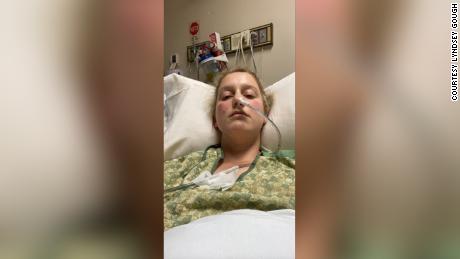 Now the American epicenter has moved south, to states like Florida, and that’s where journalists are sharing candid accounts about getting sick.
At one local TV station in Florida, WPLG, nine anchors and other employees tested positive for the coronavirus. Some of them produced video diaries and appeared live on the station’s newscasts via webcam from quarantine.
Most of the employees are now feeling better, WPLG reported on Tuesday.
The outbreak at WPLG is one of many examples of the story hitting very close to home.

Lyndsey Gough is a weekend sports anchor and reporter for WTOC in Savannah, Georgia. She has been sick since late June. She tested positive for Covid-19 on June 30, a week after she first felt flu-like symptoms. She was bedridden over the July 4th weekend. A few days later she wound up in the hospital with appendicitis, while still testing positive for Covid. She has been live-tweeting the experience. “My surgeon told me, essentially, coronavirus had been like a ‘lightning strike’ to my system,” she wrote Tuesday.
Gough is still in the hospital. “I’m making progress, but still in lots of pain and am weak,” she wrote. She shared a detailed post on Instagram and Facebook to make several points, including this one: “COVID does NOT just affect the elderly. I’ve been sick every day since I turned 27. I’ve had ‘just the flu’ and it’s NOT that.” She went on: “Death isn’t the only thing that quantifies this. It’s been 3 weeks and I have no clear end in sight. I don’t say this for pity, but for transparency and hopes that people will take it seriously & be safe.” She added, “Hopefully I’ll be back reporting before you know it.”

‘This is not an easy burden to bear’

Other reporters are writing about their first-hand experiences, as well. Elle Kehres of WCHL in Chapel Hill, North Carolina, wrote Tuesday, “I took every precaution I could, I’m under thirty, and I am infected. Moreover, this is not an easy burden to bear.”
“As I type this,” Kehres wrote, “an elephant is sitting on my chest. I cannot take a full breath. I am having to take a break from my radio duties, as I simply do not have it in me to speak for long periods of time.” Read her essay here…

“I Went Home to Texas to Cover the Virus. Then My Family Got It.”

Edgar Sandoval, a criminal justice reporter for The New York Times whose family lives near McAllen, Texas, wrote a powerful first-person piece about his family’s bout with the illness.
“As soon as the outbreak reached the border, I volunteered to report on the story because I was uniquely equipped to tell it,” he wrote. By the time he arrived, ten members of his family had symptoms.
Sandoval appeared on CNN’s “New Day” on Wednesday to talk more about his experience. His message: “The pandemic is not over.” Far from it.

Journalists are also experiencing first-hand the COVID-19 testing backlogs. “I took a coronavirus test 12 days ago in Georgia. I’m still waiting for results,” CNN’s Victor Blackwell tweeted Tuesday.
A few days ago, Blackwell’s weekend co-anchor Christi Paul shared on Instagram that she has been staying at home because her husband is battling the virus. “Girls & I are all negative,” she wrote. “For that I’m grateful bc I’m able to take care of him.”
Also in Atlanta, Chenue Her of the local TV station WXIA, shared an account of his illness, which included a trip to the emergency room, on the station’s website.
“This virus was the first illness I’ve ever had that knocked me off my feet like this,” Her wrote.
Some journalists have tested positive but never shown any symptoms. Others have seemingly beaten back the virus, only to experience long-lasting effects months later.
Quest, an anchor for CNN International, was infected in mid-April. But in a column for CNN.com last week, he said he is “still discovering new areas of damage.”
“For those who have not had Covid, or witnessed the mess it leaves behind,” he wrote, “again, I urge you, do whatever you can to avoid this tornado.” 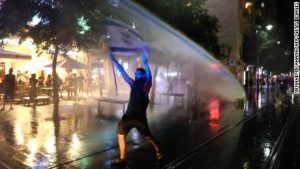 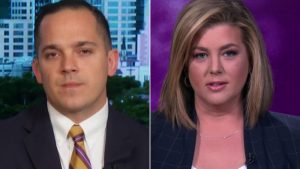