Police prepare to face off with protesters in downtown Brooklyn. | Joe Anuta/POLITICO

NEW YORK — The City Council approved a package of legislation Thursday aimed at overhauling the NYPD as lawmakers ride a wave of public anger over police-involved killings.

A groundswell of support for altering police practices locally and across the country — along with term limits that make Council members especially sensitive to swings in public sentiment — spurred lawmakers to draft bills aimed at increasing transparency and push through several pieces of legislation long resisted by Mayor Bill de Blasio and the NYPD.

“Over the past few weeks, protests against police brutality have shown us that we must do better as a city in our approach to policing,” Council Speaker Corey Johnson said at a press conference ahead of the vote.

Council members approved legislation to render chokeholds and other restraints illegal. Under another bill, the NYPD will be required to develop a standard set of disciplinary actions and require the department to explain whenever that standard is deviated from. Another long-stalled proposal will require the department to report on the types of surveillance technology it uses on residents. And a separate bill would alter the NYPD’s internal system for flagging officers who have accrued complaints or disciplinary actions.

One initiative was spurred by the NYPD’s sometimes violent crackdowns on largely peaceful protesters in late May and early June, and will require officers to display their badge numbers and other identifying information.

“The powder keg that has erupted across our city has long been brewing, in large part because of a broken disciplinary system within the ranks of the New York City Police Department,” said Council Member Donovan Richards, chair of the Public Safety Committee.

“These measures often go beyond what is reasonable and prudent, and instead threaten to hinder our officers’ ability to safely and effectively do their jobs,” they said in a joint statement.

And the Police Benevolent Association said the suite of bills is turning New Yorkers against its police force while ignoring serious crimes.

“When is the endless anti-police pile-on going to stop?” the union’s president, Patrick Lynch, asked in a statement. “The City Council’s only accomplishment today was to duplicate laws that were just passed in Albany and further vilify the police officers who protect their constituents. Twenty-nine people have been shot in our city this week — what is the City Council doing about that?”

While Albany recently passed a state ban on chokeholds, the Council’s is more restrictive.

The body also plans to send a letter to the mayor asking him to remove a statue of Thomas Jefferson from the Council chambers, which many members said is a constant reminder that Jefferson owned more than 600 slaves.

“As a member of the City Council, I work with my colleagues to rid our society of this legacy and make this a more fair, equitable city,” said Council Member Deborah Rose. “Doing so under the statue that commemorates a man who enslaved human beings is unacceptable for many of us, and it is truly painful.”

The Council moved swiftly on the package as protests over the killing of George Floyd and Breonna Taylor by police in Minnesota and Kentucky drew thousands of New Yorkers into the streets for sustained protests. The demonstrations were largely peaceful, though there were instances of looting and several NYPD officers were attacked and injured. An 8 p.m. curfew instated by de Blasio resulted in such forceful crackdowns that many of his allies abandoned him, staffers openly revolted and one of the mayor’s highest ranking aides stepped down from her City Hall perch.

The angst within City Hall had been stoked by the mayor’s broader resistance to overhauling the police department while pitching himself as an advocate. De Blasio insists that the decline of stop and frisk, found to be unconstitutional by a federal judge before he took office, and the advent of his neighborhood policing policy places him squarely within the reform movement.

But before the protests, the mayor wanted to spare the NYPD from budget cuts despite a $9 billion revenue shortfall from the coronavirus pandemic and other agencies seeing their spending allocations slashed by more than a third.

He remains opposed to a plan from the City Council to reduce the department’s budget by $1 billion — a figured created by advocate groups and adopted by lawmakers. His administration also let the officer who put Eric Garner in a fatal chokehold remain on the force for five years and reinterpreted a state statute to make police disciplinary records secret.

The public pressure, however, has resulted in a host of changes. On Thursday morning, the mayor said he would sign the chokehold legislation, which he has opposed for the last six years and unsuccessfully tried to alter this time around.

“In the environment we’re in now, it has become politically impossible for the mayor to veto the bill outright, I think,” said Council Member Rory Lancman, who first introduced the measure in 2014. “And so he’s been trying backdoor ways to undermine the legislation.”

The mayor has also committed to transferring some money from the police department toward social services, announced changes to the disciplinary process and updated how body cam footage is released earlier this week. The department has additionally disbanded a plainclothes unit involved in many shootings that have drawn condemnation from black leaders. 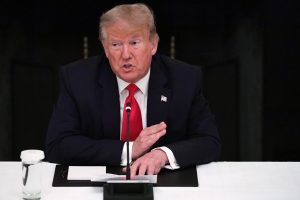