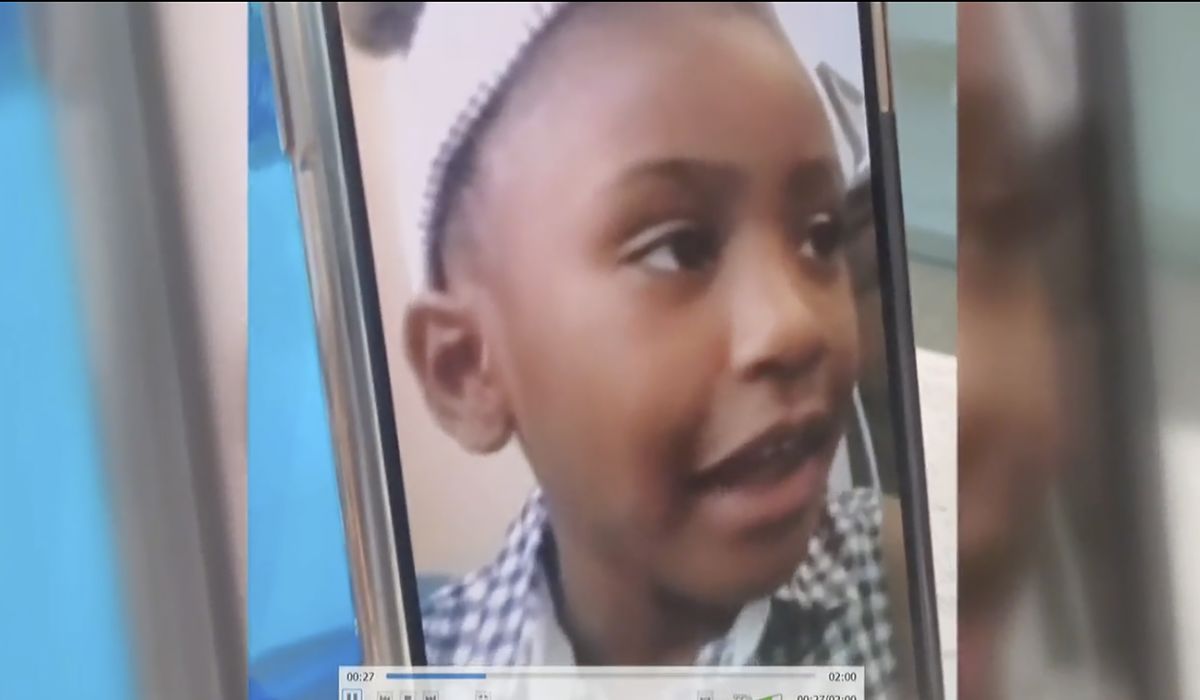 Young Gianna Floyd, the daughter of George Floyd, gave the first victim impact statement Friday in the sentencing hearing for her father’s killer, telling the court that she loved and missed him.

Convicted murderer Derek Chauvin, 45, watched along with Hennepin County Court Judge Peter Cahill and attorneys as the 7-year-old girl gave her comments via remote video in the Minneapolis courthouse.

Asked what she would tell her father if he were here, Gianna said, “It would be I miss you and I love him.”

Gianna, who responded to questions posed by a woman not shown on camera, referred to her father’s death by saying, “Those mean people did something to him.”

She also recalled eating dinner and brushing her teeth with her father, who died during a May 2020 arrest after Chauvin, then a Minneapolis police officer, kneeled on his upper back or neck for 9-1/2 minutes.

“We used to have dinner meals every single night before we went to bed, and my daddy always used to help me brush my teeth,” said Gianna, who wore a lavender bow in her hair.

She said he was still here with her, a reference to his spirit, and said that when she sees him again, “I want to play with him.”

“I want to play with him, have fun, go on a plane ride,” Gianna said.

Also offering victim impact statements Friday were Floyd’s brothers Terrence and Philonise Floyd, who urged the judge to give Chauvin the maximum sentence.

“My family has been given a life sentence,” Philonise Floyd said. “We will never be able to get George back.”

Their statements came before the judge sentences Chauvin, who was convicted by a jury of second-degree unintentional murder, third-degree murder, and second-degree manslaughter in Floyd’s death.

The 46-year-old Floyd’s death off mass protests against racism both nationally and internationally as well as rioting in major U.S. cities amid the novel coronavirus pandemic lockdown.

Chauvin, who wore a suit, face mask and buzzed haircut, is White, and Floyd was Black, but the issue of race was not raised during the trial by Minnesota and Hennepin County prosecutors.

#CHAUVIN SENTENCING:
A video of George Floyd’s daughter, Gianna, is playing in the courtroom now.

This is one of four victim impact statements

“I miss you and I love you” she said to her dad#georgefloyd #wcco pic.twitter.com/GupmwGXS89

Speaking on Chauvin’s behalf was his mother, Carolyn Pawlenty, who told her son that “I have always believed in your innocence and I will never waver from that.”

“When you sentence my son, you will also be sentencing me,” she said to the court. “I will not be able to see Derek, talk to him on the phone, or give him our special hug. Plus, the fact that when he is released, his father and I most likely will not be here.”

Chauvin could receive anywhere from 12-1/2 to 40 years in prison, although analysts have said that the total sentence is likely to fall somewhere in between, given that he has no prior criminal history.

Judge Cahill ruled previously that he will take into account four aggravating factors that could extend Chauvin’s sentence: that Chauvin “abused a position of trust and authority”; that he treated Floyd with “particular cruelty”; that children were present during the offense, and that he committed the crime as part of a group.

Three other officers who were at the scene have also been charged in Floyd’s death, with their trial scheduled to begin Aug. 23. 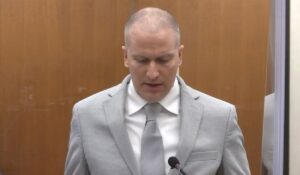 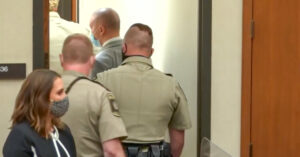 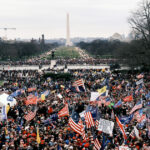 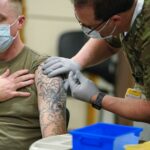 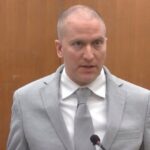 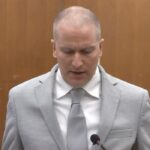