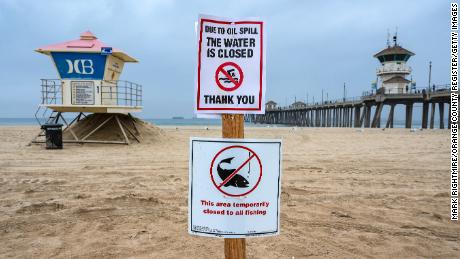 State and local beaches will open at 6:00 a.m. Monday, just over a week after an oil pipeline spilled thousands of gallons of crude oil into the Pacific Ocean. Officials say they have recovered at least 5,544 gallons of oil and 13.6 barrels of tar balls. They say in a worst-case scenario, more than 131,000 gallons may have spilled into the waters.
“The health and safety of our residents and visitors is of the utmost importance. We understand the significance our beaches have on tourism, our economy, and our overall livelihood here in Huntington Beach,” said Huntington Beach Mayor, Kim Carr in a press statement. “It is important that our decision to reopen our shoreline and water be based on data and that we continue to monitor the water quality going forward.”
Beachgoers should remain vigilant for noxious smells and avoid areas with oiled materials and tar balls.
The Oiled Wildlife Network (OWCN) reports 65 birds recovered in total, 38 of which were found dead. The OWCN also reports nine dead fish.
Senator Alex Padilla and California Attorney General Rob Bonta will be in Orange County Monday afternoon for an oil spill briefing, site visit, and media availability.

Crack may have happened up to a year ago

The pipeline was intact in October 2020 before it was deflected by 105 feet, eventually leading to damage to its casing and a crack, according to Jason Neubauer, chief of the office of investigations and analysis for the US Coast Guard. They believe the 13-inch linear crack was likely caused by a ship’s anchor dragging along the sea floor.
Video released Thursday by the Coast Guard showed marine growth on the damaged portion of the pipeline, which was initially enclosed in concrete. Neubauer explained the linear fracture on the pipeline could have been a very gradual crack, which got worse over time.
“This event could be multiple incidents and strikes on the pipeline after the initial event, that we’re pretty confident occurred several months to a year ago,” Neubauer said.
Investigators are also examining geological events, including heavy weather in mid-January, which may have contributed to the crack. A section of the pipe will be taken to the National Transportation Safety Board lab, so investigators can determine when and how the leak occurred.
While similar anchor strikes have happened over the past 10 years, Neubauer said there was only one event which led to an oil spill, which he called a “rare occurrence.”

CNN’s Stella Chan and Dakin Andone contributed to this report. 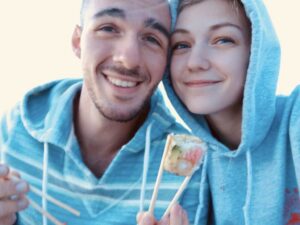 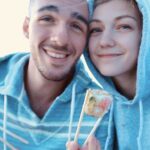 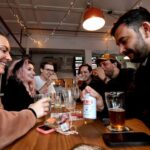 Sydney Opens To Vaccinated People After 100-Plus Days Of Lockdown 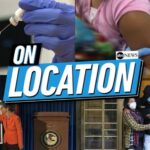