How Often Do the Vaccinated Spread Covid-19? 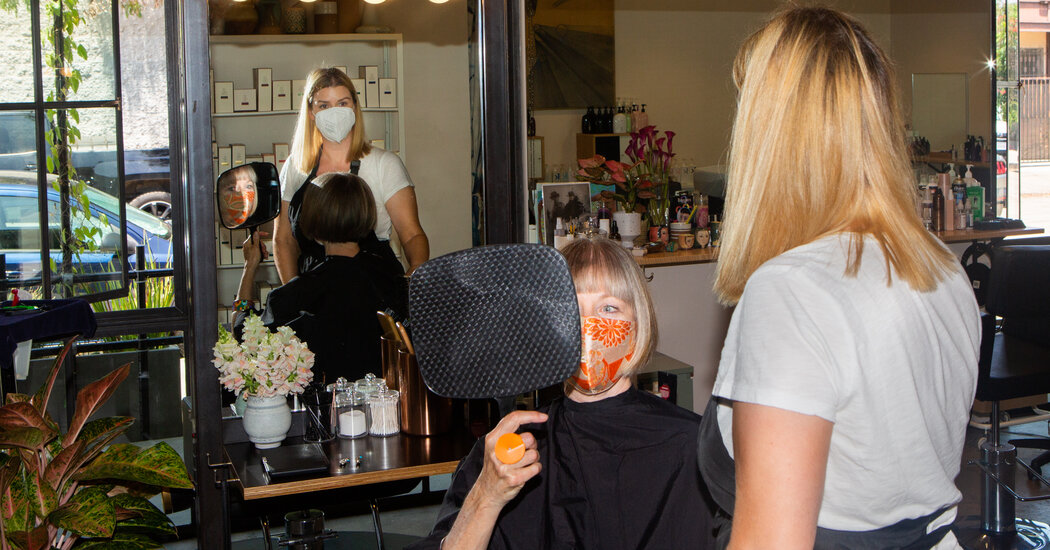 The C.D.C.’s new masking advice was based in part on data showing that the virus can thrive in the airways of vaccinated people. The findings are expected on Friday.

The recommendation that vaccinated people in some parts of the country dust off their masks was based largely on one troublesome finding, according to Dr. Rochelle Walensky, director of the Centers for Disease Control and Prevention.

New research showed that vaccinated people infected with the Delta variant carry tremendous amounts of the virus in the nose and throat, she said in an email responding to questions from The New York Times.

The finding contradicts what scientists had observed in vaccinated people infected with previous versions of the virus, who mostly seemed incapable of infecting others.

That conclusion dealt Americans a heavy blow: People with so-called breakthrough infections — cases that occur despite full vaccination — of the Delta variant may be just as contagious as unvaccinated people, even if they have no symptoms.

That means fully immunized people with young children, aging parents, or friends and family with weak immune systems will need to renew vigilance, particularly in high-transmission communities. Vaccinated Americans may need to wear masks not just to protect themselves, but everyone in their orbit.

There are 67,000 new cases per day on average in the United States, as of Thursday. If vaccinated people are transmitting the Delta variant, they may be contributing to the increases — although probably to a far lesser degree than the unvaccinated.

The C.D.C. has not yet published its data, frustrating experts who want to understand the basis for the change of heart on masks. Four scientists familiar with the research said it was compelling and justified the C.D.C.’s advice that the vaccinated wear masks again in public indoor spaces.

Some of the research may be related in part to an outbreak in Provincetown, Mass., where Fourth of July festivities have led to 882 cases as of Thursday. Nearly three-quarters of those people were fully vaccinated.

The agency also has tracked data from the Covid-19 Sports and Society Workgroup, a coalition of professional sports leagues that is testing more than 10,000 people at least daily and sequencing all infections.

It’s still unclear how common breakthrough infections are and how long the virus persists in the body in those cases. Breakthroughs are rare, and unvaccinated people account for the bulk of virus transmission, Dr. Walensky said.

Regardless, the data that the C.D.C. is reviewing suggest that even fully immunized people can be unwilling vectors for the virus. “We believe at individual level they might, which is why we updated our recommendation,” Dr. Walensky said in her email to The Times.

The new data do not mean that the vaccines are ineffective. The vaccines still powerfully prevent severe illness and death, as they were meant to, and people with breakthrough infections very rarely end up in a hospital.

About 97 percent of people hospitalized with Covid-19 are unvaccinated, according to data from the C.D.C. But scientists warned even last year that the vaccines might not completely prevent infection or transmission. (Immunity from natural infection may offer even less protection.)

Previous versions of the virus rarely broke through the immunization barrier, which prompted the C.D.C. to advise in May that vaccinated people could go mask-free indoors. But the usual rules don’t seem to apply to the Delta variant.

Anecdotes of clusters of breakthrough infections have become increasingly frequent, with groups of vaccinated people reporting sniffles, headache, sore throat, or a loss of taste or smell — symptoms of an infection in the upper respiratory tract.

But the overwhelming majority do not end up needing intensive medical care, because the immune defenses produced by the vaccine destroy the virus before it can get to the lungs.

“We’re still going to see a huge, huge, huge impact on severity of disease and hospitalization,” said Michal Tal, an immunologist at Stanford University. “That’s really what the vaccine was made to do.”

The coronavirus vaccines are injected into muscle, and the antibodies produced in response mostly remain in the blood. Some antibodies may make their way to the nose, the main port of entry for the virus, but not enough to block it.

“The vaccines — they’re beautiful, they work, they’re amazing,” said Frances Lund, a viral immunologist at the University of Alabama at Birmingham. “But they’re not going to give you that local immunity.”

When people are exposed to any respiratory pathogen, it may find a foothold in the mucosal lining of the nose — without causing any harm beyond that. “If you walked down the street and swabbed people, you would find people that had viruses in their mucosa who were asymptomatic,” said Dr. Michael Marks, an epidemiologist at the London School of Hygiene and Tropical Medicine. “Our immune system is mostly fighting these things off most of the time.”

But the Delta variant seems to flourish in the nose, and its abundance may explain why more people than scientists expected are experiencing breakthrough infections and cold-like symptoms.

Still, when the virus tries to snake down into the lungs, immune cells in vaccinated people ramp up and rapidly clear the infection before it wreaks much havoc. That means vaccinated people should be infected and contagious for a much shorter period of time than unvaccinated people, Dr. Lund said.

“But that doesn’t mean that in those first couple of days, when they’re infected, they can’t transmit it to somebody else,” she added.

To stop the virus right where it enters, some experts have advocated nasal spray vaccines that would prevent the invader from gaining purchase in the upper airway. “Vaccine 1.0 should prevent death and hospitalization. Vaccine 2.0 should prevent transmission,” Dr. Tal said. “We just need another iteration.” 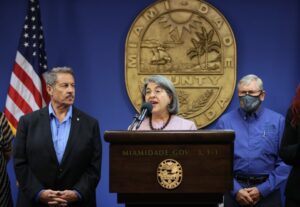 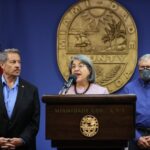 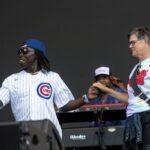 Lightfoot takes Lollapalooza stage: ‘Thank you for masking up and vaxing up’ 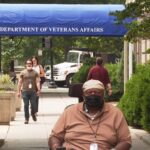 US federal workers to prove vaccination or mask up