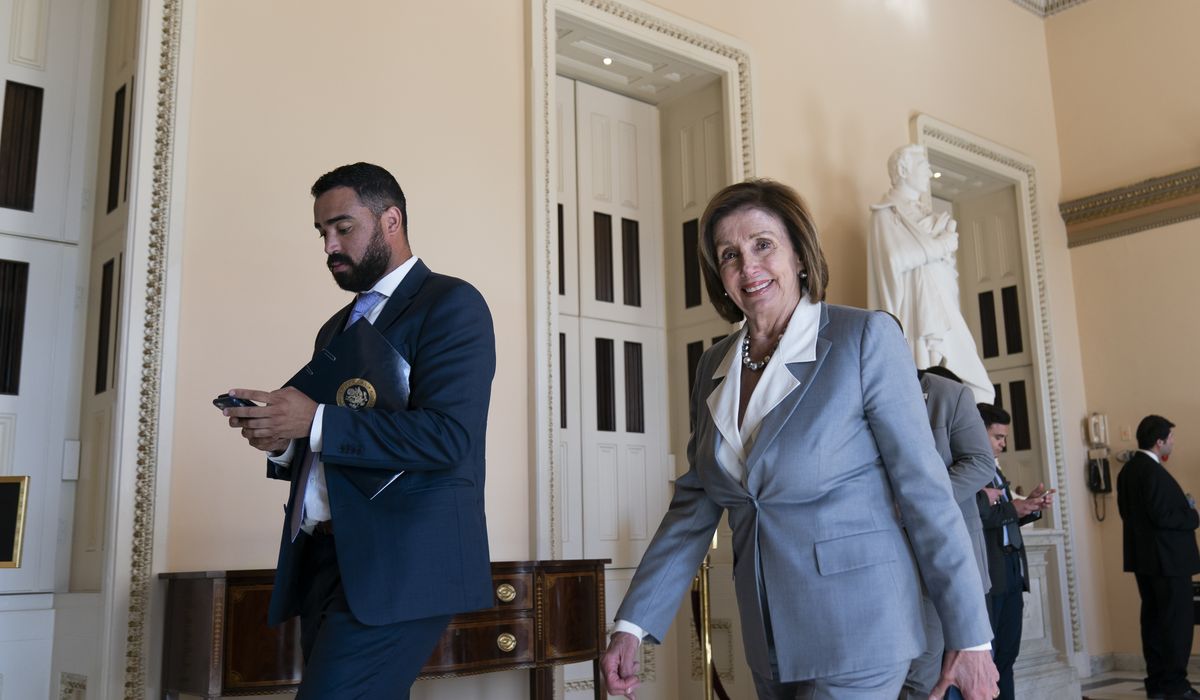 The House on Wednesday approved Speaker Nancy Pelosi’s bill to establish a select committee to investigate the Jan. 6 pro-Trump attack on the Capitol, giving Democrats significant leeway to shape the inquiry after the Senate balked at establishing a bipartisan commission.

The bill passed largely along party lines, 222 to 190. It grants the speaker the authority to select the committee’s chair and eight of the 13 members.

House Minority Leader Kevin McCarthy, California Republican, will have the option to consult with Mrs. Pelosi on the appointment of the remaining five members, but she will have veto authority over Republican nominees.

“We have the duty, to the Constitution and the country, to find the truth of the January 6th insurrection and to ensure that such an assault on our democracy cannot happen again,” Mrs. Pelosi, California Democrat, said in a letter to her colleagues before the vote. “It is clear that January 6th was not simply an attack on a building, but an attack on our very democracy.”

She said on the House floor that the probe “will find the truth, which clearly Republicans fear.”

Republicans argue the committee will a political exercise rather than a search for truth.

SEE ALSO: History As It Happens: In search of truth, from Pearl Harbor to Watergate, from 9/11 to 1/6

“The outcome of this investigation has, in fact, already been written,” said Rep. Michael C. Burgess, Texas Republican, during the debate. “The Democrats have been publicly excoriating President Trump for months. They claim we need to understand the root cause of what happened on Jan. 6, but the truth is they’ve already laid the blame.”

Reps. Liz Cheney of Wyoming and Adam Kinzinger of Illinois were the only two Republicans to vote for the select committee.

“I’ve said before that a bipartisan, independent commission would’ve been the best way to investigate the Jan. 6th attack,” Ms. Cheney tweeted. “That effort was unfortunately blocked. A select committee is now the only remaining option. I will vote to support it.”

She said it’s right to be wary “of an overtly partisan inquiry.”

“But Congress is obligated to conduct a full investigation of the most serious attack on our Capitol since 1814,” Ms. Cheney said.

It is unclear to what extent House Republicans will participate in the select committee, if at all.

“Given the political misdirections that have marred this process, given the now duplicative and potentially counterproductive nature of this effort, and given the speaker’s shortsighted scope that does not examine interrelated forms of political violence in America, I cannot support this legislation,” Mr. McCarthy said of the bipartisan proposal last month.

The proposal for the bipartisan commission, which would have given Democrats and Republicans equal representation on the commission, passed the House 252 to 175 before being derailed in the Senate. Thirty-five House Republicans supported the measure.

Mr. Katko said earlier this week that he did not support the speaker’s bill given the partisan skew, and said he would likely not participate if asked.

Mr. McCarthy has remained silent on whether he plans to appoint Republicans to the commission, telling The Washington Times late Tuesday that Mrs. Pelosi has yet to speak with him directly about the select committee.

The committee’s chair will have subpoena power, leading some to speculate as to whether Mr. McCarthy will be compelled to give details about his conversations with former President Donald Trump leading up to and during the Jan. 6 attack.

The start date for the commission has yet to be determined. The committee will issue interim reports throughout the investigation before giving its final conclusions. 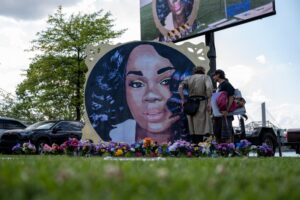 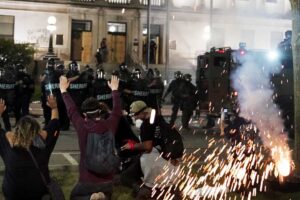 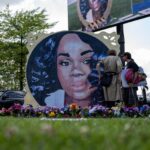 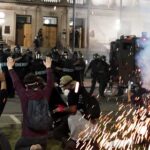 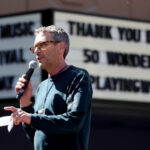 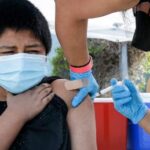