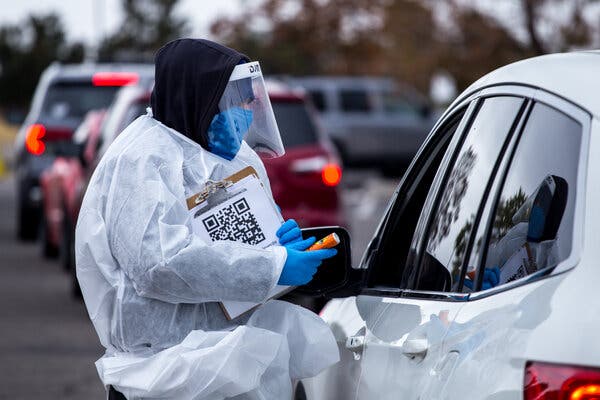 MILWAUKEE — The patient who died on Tuesday morning at Aurora St. Luke’s Medical Center was rolled out of her room under a white sheet. One nurse, fighting back tears, stood silently in the hall as the outline of the body passed by — one more death in an eight-month-old pandemic that has no end in sight.

“Those moments, they hit the soul,” said Jodie Gord, a nurse manager who oversees a team of about 120 people at the hospital in Milwaukee.

Aurora St. Luke’s is far from alone in coming under strain. Hospitals around the United States are reeling from the rampaging spread of the coronavirus, many of them in parts of the country that initially had been spared the worst.

Approaching the eve of the election, President Trump has downplayed the steep rise in cases, attributing much of it to increased testing. But the number of people hospitalized for the virus tells a different story, climbing an estimated 46 percent from a month ago and raising fears about the capacity of regional health care systems to respond to overwhelming demand.

The exploding case numbers point to a volatile new phase in the pandemic, coming after earlier waves hit large cities such as New York, then Sun Belt states like Florida and Arizona. While some of those places have begun to bring the virus under control, the surge of hospitalizations is crippling some cities with fewer resources.

In El Paso, where the number of people hospitalized with Covid-19 has more than tripled over the past three weeks, doctors at University Medical Center have started airlifting some patients to hospitals as far away as San Antonio while treating others in a field hospital in a nearby parking lot. Across the border in Mexico, the mayor of Ciudad Juárez, himself hospitalized after testing positive for the virus for the second time, is urging a temporary ban on U.S. citizens crossing into his city.

“We have never seen this in El Paso,” said Dr. Joel Hendryx, chief medical officer at University Medical Center, one of the largest hospitals along the border. Citing the need for field hospitals, Dr. Hendryx drew a sharp contrast to the city’s earlier surge in July, when mitigation measures drove case numbers down.

Dr. Hendryx’s hospital had 195 inpatient coronavirus cases as of Tuesday compared with about 30 a month ago. In addition to the parking lot tents, officials in El Paso are converting the downtown convention center into a 50-bed hospital. Hundreds of health workers from other parts of Texas are deploying to El Paso, including an ambulance strike team with paramedics from the Houston area.

The situation is also becoming critical in states such as Idaho, Missouri, New Mexico and Utah, with frontline workers exhausted and hospitals struggling to find replacements for those testing positive each day.

At St. Luke’s Magic Valley Medical Center in Twin Falls, Idaho, where more than one-third of patients have Covid-19, administrators are sending children to a hospital in Boise, two hours away. The influx of patients from rural areas with little health infrastructure is similarly straining hospitals in Wisconsin, where cases have increased 53 percent from two weeks ago.

Across the country, case numbers have risen to fearsome new levels in recent days, with the seven-day average for new cases exceeding 70,000 for the first time in the pandemic. Twenty-six states are at or near record numbers for new infections. More than 500,000 cases have been announced in the past week. And exactly zero states are seeing sustained declines in case numbers.

On a per capita basis, smaller cities and rural counties in the Upper Midwest and Mountain West are struggling most acutely. North Dakota, South Dakota, Wisconsin and Montana lead the country in new infections per capita. Of the 12 metro areas with the highest rates of new cases over the past two weeks, 10 are in North Dakota or Wisconsin.

But the dismal trend lines are not confined to those regions. North Carolina, New Mexico, Pennsylvania, Rhode Island and West Virginia have recently set seven-day records for new cases. And more big cities are starting to spiral, with alarming trends emerging in Chicago, Milwaukee and Newark.

And while the escalating case numbers had not been accompanied by a steep rise in deaths, that trend is starting to change. About 800 deaths are now being recorded across the country each day, far fewer than in the spring but up slightly from earlier this month.

Cities and towns nationwide are rushing to impose new restrictions. In Idaho, Gov. Brad Little backtracked on reopening but stopped short of a statewide mask mandate. Mr. Little limited indoor gatherings to 50 people, required masks at long-term care facilities and placed new restrictions on how bars and restaurants could serve their customers.

In Fargo, N.D., Mayor Tim Mahoney used his emergency powers to pass the first mask mandate in the state. The mayors of Nixa and Ozark in Missouri imposed mask mandates after appeals by nearby hospitals overwhelmed by coronavirus hospitalizations.

On one of the I.C.U. floors at Aurora St. Luke’s in Milwaukee, the mood was somber on Tuesday morning as doctors and nurses made their rounds. Twenty of the 24 beds were filled, and many of the patients were on ventilators.

But the staff put on a brave face. They gave thumbs-up to patients from the hallways, walked into rooms to greet others and assisted one woman as she ate her breakfast.

Before noon, an older woman was transferred to the I.C.U. from the Covid-19 floor. Within 30 minutes of her arrival, loud beeping sent staff members running to her room, frantically grabbing personal protection gear.

The patient’s oxygen levels had plummeted to dangerously low levels, and she was going into cardiac arrest. A nurse practitioner called the patient’s family, making it clear there was a possibility she would not make it.

A staff member performed compressions on the woman in hopes of keeping her alive. After several minutes, her condition stabilized — for the moment.

She was the second patient who needed such care in just three hours. When the nurses and doctors stepped away for a breath, the woman lay on the bed, now intubated, eyes glazed over and her face pale. It was hard to see any clear signs of breathing.

Some staff members patted each other on the back. Others took deep breaths. A health care worker walked out of the patient’s room, holding a small plastic bag in her hand. Inside was jewelry to give to the family, said Ms. Gord, the nurse manager, in case the woman died.

Staff members still seemed in shock over the death of the other patient from that morning. She had become dear to the I.C.U. team, said Ms. Gord, who stood quietly and with obvious emotion as the stretcher slipped past. “Bless her soul,” she murmured. “Sweet little lady.”

Staff members said they were fighting constant exhaustion. “What’s going to happen when we cannot take care of these patients?” said Dr. Pedro Salinas, a critical care specialist, who worries about how much longer the staff can endure. “They are emotionally and mentally exhausted.”

The prospect of ending up in an overcrowded hospital ward is making some who are sick with the virus hesitant to check in. At the hospital in El Paso, staff members said some Covid-19 patients were arriving in the emergency room so debilitated that they required intubation almost immediately.

Sandra Garcia, 31, an El Paso resident who tested positive for the coronavirus last week, said she had been grappling with fatigue, shortness of breath and a loss of taste and smell, but had refrained from seeking care in the city’s crowded hospitals.

In the meantime, she is caring for a 13-year-old who also has Covid-19 and 5-year-old twins, who are all studying online from home. Ms. Garcia said she questioned why Dee Margo, El Paso’s mayor, had failed to order a shutdown of the city to curb the spike in cases.

Last week, Mr. Margo announced new restrictions such as closing parks to league and tournament play, but he said an order for a full city shutdown would need to come from the governor of Texas.

Dr. German Hernandez, a nephrologist who has been caring for patients at several hospitals in El Paso, said the situation was so acute that patients on oxygen were being kept in rooms in the trauma area of University Medical Center. He said that could be devastating in the event of a disaster such as the August 2019 mass shooting at a Walmart in the city that left 23 people dead.

“God forbid we have another Aug. 3 shooting because we can’t handle it right now,” Dr. Hernandez said. “We have no buffer.” 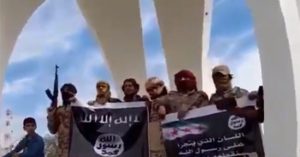 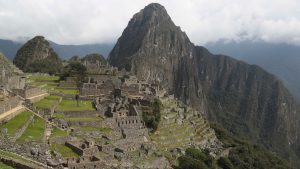 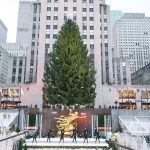 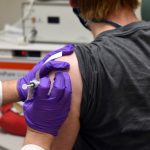 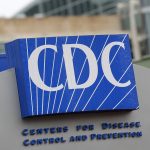 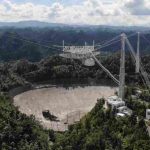