Delta is now the variant of the coronavirus identified third most often in California, according to new data — underscoring that the variant is highly contagious, a danger to people who have not been vaccinated against COVID-19.

The Delta variant now makes up 14.5% of California coronavirus cases analyzed so far in June, up from 4.7% in May, when it was the fourth-most-identified variant in California, according to data released by the California Department of Public Health.

Experts say the Delta variant poses a greater chance of infection for unvaccinated people if they are exposed to this version of the virus. The variant, first identified in India, may be twice as transmissible as the conventional coronavirus strains. The Delta variant has been responsible for the rise in cases recently in India, the United Kingdom and elsewhere.

There is no widespread scientific consensus on whether the Delta variant is more likely to cause more serious illness than other conventional strains.

In May, the Alpha variant comprised 58.4% of coronavirus cases that were analyzed in California. In June, Alpha’s share fell, and now makes up 37.7% of analyzed cases — still the top variant but with a much smaller percentage among all variants sequenced.

Los Angeles County, the nation’s most populous, has confirmed 123 Delta variant cases — 49 of them among residents of Palmdale and Lancaster. Fourteen cases of the Delta variant were among people from a single household.

L.A. County data suggest that vaccines are still overwhelmingly effective in protecting people against the Delta variant, as well as other known variants.

Of those 123 confirmed cases of the Delta variant in L.A. County, 89% of them occurred among people who were not vaccinated against COVID-19, and 2% among those who were partially vaccinated.

No one has died from the Delta variant in L.A. County.

Almost everyone who has died in L.A. County of COVID-19 in the last six months has been unvaccinated.

Data released by the county showed that 99.8% of COVID-19 deaths occurred among unvaccinated people between Dec. 7 and June 7.

“If you are fully vaccinated, you have a lot of protection,” Ferrer said, adding that for the “very small numbers” of people who contracted the Delta variant despite vaccination, “they really did not have serious illness. … This is a pandemic of unvaccinated people.”

Yes, there are some vaccinated people in Israel who are still getting infected, “because no vaccine is 100%,” Jha wrote. But the infections that are breaking through the immunity provided by the vaccines are causing mild disease.

“What’s happening in Israel is vaccines working exactly as we all expected,” Jha wrote.

Data released by the state also show that the percentage of the tested population who have antibodies to the coronavirus — a sign of immunity to COVID-19 — is also increasing.

Between May 16 and June 12, 85.9% of Californians who were tested for coronavirus antibodies had them — a promising sign of growing immunity, either because of immunization or past exposure to the virus. That’s up from 76.6%, calculated during a four-week period in May.

Experts have estimated that 70% to 85% of a population needs to have immunity for a region to develop “herd immunity” to COVID-19, which interrupts the sustained transmission of the virus.

Officials are continuing to urge everyone to be vaccinated against COVID-19, including people who survived the disease earlier in the pandemic. Experts say immunity provided by the vaccination is more robust and long-lasting than immunity from surviving an infection.

The highly infectious Delta variant is making the task of getting to herd immunity more difficult.

With conventional coronavirus strains, it could take perhaps 71% of the population to be immune for a region to reach “herd immunity” and interrupt the virus’ transmission, UC San Francisco epidemiologist Dr. George Rutherford said. But a variant such as Delta — because it is so transmissible — would increase that threshold to, say, 84%, he said.

Between May 9 and May 22, the Delta variant comprised less than 3% of analyzed coronavirus samples nationwide. But from June 6 to June 19, that proportion rose to more than 20%.

Dr. Anthony Fauci, the U.S. government’s top infectious disease expert, called the strain “currently the greatest threat in the U.S. to our attempt to eliminate COVID-19.” 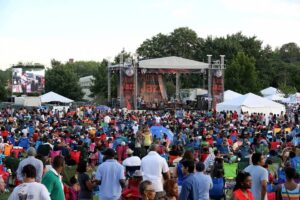 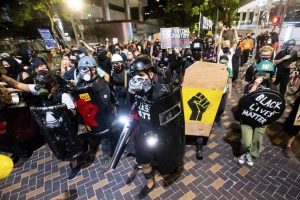 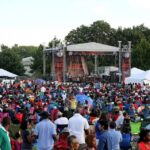 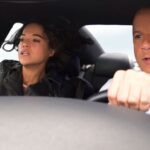 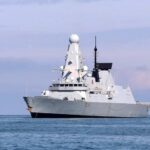