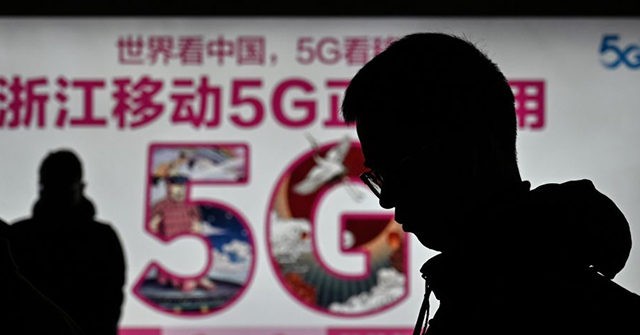 Chinese state media on Monday found a new angle in its constant efforts to politically capitalize on the U.S. riots, with an op-ed that argued America’s poor performance in implementing 5G networking was a factor in the death of George Floyd.

The first half of the Global Times piece was standard Chinese boasting about its allegedly superior technological authoritarianism, bragging about the huge number of Chinese smartphone users and how thoroughly cutting-edge telecom has become integrated into Chinese life.

The article did not mention that smartphones are essentially mandatory for subjects of the Chinese Communist Party (CCP) because phone apps designed by the Chinese government are used to monitor the activity of citizens, feeding data into the Orwellian “social credit system.” During the coronavirus pandemic, mandatory smartphone apps tracked the health of each citizen and were essential for accessing transportation and public services.

Some Chinese cities want to make the health tracking system permanent, folding it into the social credit network that tabulates “good citizenship” scores for CCP subjects and automatically blocks them from public services and employment if their scores fall too low. Anyone in China who attempts to get along without a smartphone has a severe handicap under this system.

The Global Times roped Floyd into its argument by suggesting he might still be alive if Minnesota embraced China’s mania for cash-free smartphone-based payment systems:

Each and every person in China today can equally enjoy services such as food delivery, car hailing, and non-cash payments. This used to be the exclusive privilege of the rich who owned private chefs, drivers, and stewards.

Some people say that if non-cash payments in Minnesota were as popular as they are in China, George Floyd wouldn’t have died for allegedly using counterfeit money.  Some say part of the reason is the fact that the US is lagging behind in the 5G era.

“We are moving into an era where cities will matter more than states and supply chains will be a more important source of power than militaries – whose main purpose will be to protect supply chains rather than borders. Competitive connectivity is the arms race of the twenty-first century,” Parag Khanna, founder and managing partner of FutureMap, a data- and scenario-based strategic advisory firm based in Singapore, wrote in his book Connectography: Mapping the Future of Global Civilization.

Among the many problems with this bizarre argument is that it rather misses the point of why Floyd was trying to pass a counterfeit bill on the day of his fatal encounter with the police – or, considered from another angle, the Global Times is arguing that cashless state-managed payment systems would prevent people from committing the crimes that get them arrested and create situations where violent encounters with the police could occur.

That would be an incredibly patronizing and insulting argument that no American politician could survive making, and it glides past the fact that Chinese police arrest, abuse, and kill citizens for plenty of other reasons.

One reason China constantly needles the U.S. about “falling behind in 5G” is because it wants to end the U.S. blacklist of Chinese telecom giant Huawei, banned because its technology poses security risks. The CCP is conducting a similar influence campaign against the United Kingdom amid growing concerns about the safety of Huawei tech.

The American Left probably will not pick up China’s argument that a slow 5G rollout in Minneapolis helped to kill George Floyd, but it might perk up at the concluding paragraph’s case for the primacy of cities in the new century. The Left draws most of its political power from big cities and is nervous about the prospect of people fleeing from them, especially after the double blow of the Chinese coronavirus and riots make them look even more unlivable. Urban advantages in developing electronic infrastructure could well become part of the campaign to hold off an exodus to red states from blue cities — but probably without explicitly stating the Global Times’ premise that a cashless smartphone economy provides fewer opportunities for counterfeiting and petty theft. 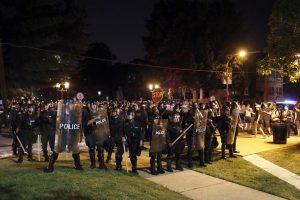 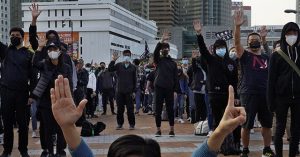