Cybersecurity and privacy experts have been warning FOR MANY YEARS that all wireless, “Smart”, and Internet of Things (IoT) technology is vulnerable to hacking (see 1, 2, 3, 4, 5, 6, 7), inaccuracies and other serious problems.

Another warning has been issued about cybersecurity risks to utility companies.

The risks aren’t well understood by researchers, in part because of local and state control of electrical utilities.

Electric vehicles and internet-connected home appliances are making the electrical grid more vulnerable to cyber attacks — and even the Department of Energy doesn’t know how bad the problem is, according to a March report from the Government Accountability Office, or GAO.

While cybersecurity researchers have for years warned of insecurity in internet-of-things devices, GAO says these devices could threaten energy distribution systems: the portions of the electrical grid that deliver electricity to homes and businesses. These systems are usually managed by states or local governments while the devices are controlled by consumers. Therein lies part of the problem.

“Distribution utilities have limited visibility and influence on the use and cybersecurity of these devices because consumers typically control them, according to officials from a national laboratory,” the report states. The Department of Energy “has developed plans to implement the national cybersecurity strategy for the grid, but these plans do not fully address risks to the grid’s distribution systems.”

But the vulnerabilities of local utilities may threaten entire state or regional grids. American utility companies received BILLIONS in federal stimulus to install “Smart” Grids and Meters.  Research has determined that “Smart” Meters DO NOT SAVE meaningful amounts of energy as originally promised.

Many legislators have taken action against “Smart” Meters for various reasons (see 1, 2, 3).  Some utilities allow customers to “opt out” because of the complaints and lawsuits.

More contemptible details about “Smart” Grids and Meters are exposed in free online documentary, Take Back Your Power.  Opposition to these meters is worldwide.

Activist Post reports regularly about “Smart” Meters and other unsafe technology.  For more information, visit our archives and the following websites: 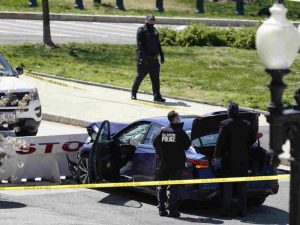 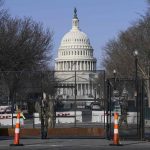 BREAKING: U.S. Capitol on Lockdown Due to 'External Security Threat,' Reports of Gunfire 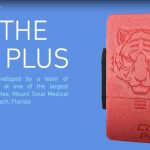 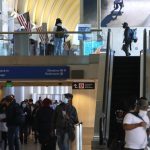 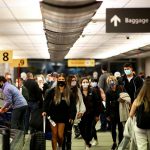