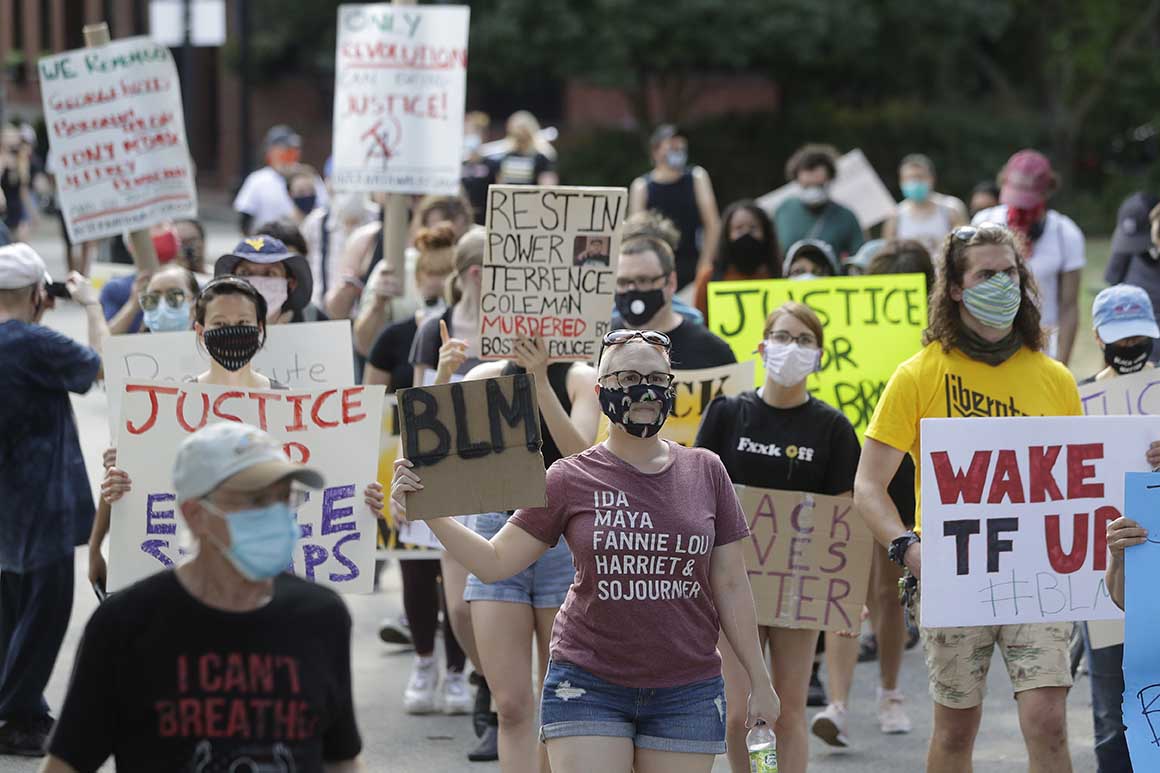 George Floyd didn’t live to see Kamala Harris become vice president. Nor was he alive to see an investigation into Breonna Taylor’s death find that her killer’s gunfire was justified.

But his legacy will determine which America his daughter, Gianna — and the next generation of young Americans — will grow up in: the nation in which a record number of voters can elect a Black woman into the White House. Or the country in which Taylor’s killer isn’t going to trial, but the officer who shot her neighbors’ wall is.

After a summer of protests, the coming weeks will show how much has really changed since Floyd’s death — in Washington, D.C., the judicial system, and America itself. Next week, jury selection commences for the trial of Derek Chauvin, the former Minneapolis police officer who was filmed pinning his knee into Floyd’s neck for seven minutes and 46 seconds.

And in Congress this week, Democrats are trying once again to shape Floyd’s legacy by advancing federal legislation to reform policing. The House is expected to vote on the George Floyd Justice in Policing Act — again. The bill passed the chamber last summer but was never taken up by the then-Republican-controlled Senate.

“In light of what happened to George Floyd and Breonna Taylor, now is the time to get this bill passed and on President Biden’s desk,” said Rep. Joyce Beatty (D-Ohio), chair of the Congressional Black Caucus.

The bill would ban chokeholds, end racial and religious profiling, eliminate qualified immunity for law enforcement and mandate data collection on police encounters. Civil rights leaders like Rev. Al Sharpton are pushing for its passage. But centrist Democrats have their concerns about some provisions of the bill. And it’s not clear how it’ll fare in the Senate.

Which means it’ll be up to cities and states to overhaul the nation’s beleaguered criminal justice system. But so far, results are mixed.

In the wake of Floyd’s death in May, 25 states enacted new policing laws. But even so, some of those new laws have little to do with improved policing or increased accountability. Instead, they focus on lessening bureaucratic hurdles such as easing residency requirements.

Other laws prohibit chokeholds, update training standards and require officers to have body-worn cameras. Other notable policies include laws that increase penalties for falsely summoning officers or making false reports. Whether those reforms represent real change depends on whom you ask.

“It’s one thing to call for a whole-scale transformation,” said Brooks who is working with a team of students to help mayors reimagine what policing looks like in terms of budgets, legislation, regulation and police culture.

But it’s just as necessary, Brooks said, “to figure out, ‘What does that mean at a granular level?’”

Floyd’s death nine months ago was unlike any of those before him. It was familiar in the sense that, yet again, an unarmed Black American was killed by a white police officer. And as he begged for oxygen, his cries mirrored the language of Eric Garner nearly six years prior. Garner, a Black man who was put into a fatal chokehold by police, repeatedly said, “I can’t breathe,” while under restraint.

The deaths of Taylor, Garner, Ahmaud Arbery, Atatiana Jefferson, Botham Jean, Philando Castile, Alton Sterling, Laquan McDonald, Trayvon Martin, Michael Brown, Tamir Rice, Freddie Gray and so many others like them who were killed by police officers or vigilantes sparked outrage and protests. But the aftermath of Floyd’s death was different.

“It was just disappointing and really heartbreaking to see just how little progress was made to the point where a police officer could kneel on someone for almost nine minutes, with people videotaping — and they could see folks filming them — with the whole world watching and not care,” said Erika Maye, deputy director of criminal justice and democracy campaigns with the racial justice organization Color Of Change.

Footage of Floyd’s fatal encounter reverberated across the globe, uniting people of all races, and igniting worldwide protests for racial justice and against police brutality.

“I never expected it to turn into what it did,” New York state Sen. Brian Benjamin said of the ensuing movement. “This took on a life of its own.”

“That level of interaction and interest across the board is what changed the game here in New York state,” said Benjamin, a candidate for New York City comptroller, who introduced anti-chokehold legislation after Garner’s death. The bill passed in June in “record time,” Benjamin said.

“All of a sudden this became an issue for everybody,” Benjamin said.

Sharpton, president of the National Action Network, said the bill is just as important as the legislation that came out of the 1960s civil rights movement — the Civil Rights Act and the Voting Rights Act.

“We’ll be going to Minneapolis for the jury selection of the police officer that lynched George Floyd with his knee,” Sharpton told reporters. “The family will have to sit there and relive this.

“I would hope that they would be able to sit there knowing that the laws have changed and that George was not lynched in vain and that the Senate of 2021 has the same backbone and integrity that the Senate had in 1964.”

Footage of Floyd’s fatal encounter reverberated across the globe, uniting people of all races, and igniting worldwide protests for racial justice and against police brutality. | AP Photo/Steven Senne

Floyd’s death has opened a new level of conversation about policing in communities across the country. Despite the villainization of the slogan to “defund the police,” policymakers and policy experts say they’re now able to have conversations about reimagining policing and holding police accountable in a way they couldn’t before.

“The defund movement is about taking away resources or shifting resources, which doesn’t do anything for improving accountability and oversight for whatever remains after the defunding or shifting of resources,” said Loren Taylor, an Oakland city council member. “The reality is if you want police to do better, you hold them accountable. If you want them to do less, you take away resources.”

Floyd’s death showed plainly the type of experiences Black people have long had with law enforcement, leading to increased support for the Black Lives Matter movement, the acknowledgment of racism and the role it plays in American society, and conversations about addressing the many inequities African Americans face in housing, health care, education, employment and other areas.

Still, that talk hasn’t led to action everywhere. As the Chauvin trial nears, Dave Bicking, a board member of Minneapolis-based Communities United Against Police Brutality, said the city is already off to a bad start.

Bicking said Minneapolis is creating a false narrative by putting up fences and barbed wire and planning to bring in the National Guard, arguing that police violence is what the city should be concerned about. He also said the city council has fallen short on enacting meaningful, post-Floyd policy changes.

“There has been very little change,” Bicking said. “There’s radical talk but no action to speak of. A few steps backward and a process, I think, designed to lead to nowhere.”

Despite talk of defunding or even abolishing police in Minneapolis, Bicking said, neither outcome looks likely.

“The net effect of it has been virtually nothing has changed,” he added. “The people in our city government don’t act like they realize this is the epicenter of a movement, a huge movement, and something which is history-making and which is for better or worse going to really cause some change here.”

Black Americans are hopeful Chauvin will be convicted. But many have learned not to get their hopes up after disappointing outcomes in high-profile cases that have led to acquittal or no indictment in recent years.

“Black people have been let down a lot, on so many levels, and when it comes to trust, I think as a people we definitely have trust issues. Rightfully so,” said Kamau Marshall, a former spokesperson for Joe Biden’s presidential campaign and a former senior congressional staffer. “We all know what the outcome should be, but what we’ve seen in the past with various outcomes in most cases have not gone the best way.”

Last week, New York Attorney General Letitia James announced that a grand jury voted not to indict any officers involved in the death of Daniel Prude, a Black man who was experiencing a psychotic episode when police handcuffed him, put a mesh hood over his head and pinned him to the ground until he was unconscious.

The grand jury’s decision was a disappointment, but not a surprise for Tianna Mañón, CEO of Mañón Media Management and a former journalist who now works with reporters and newsrooms on equity in coverage and storytelling.

Sakira Cook, senior director of the justice program at The Leadership Conference on Civil and Human Rights, said she hopes the prosecution can prove that Chauvin acted outside the bounds of the law and took Floyd’s life with what he thought was impunity.

“It is not often the case that officers are arrested, indicted and then put on trial for these types of incidents,” she said. “So anytime that does happen, that is a step in the right direction.”

There’s no consensus on what Floyd’s legacy will be. Some say it’s too soon to say, while others envision a future where police departments cease to exist as conversations about rethinking public safety and who should respond to what continue. But perhaps Floyd’s daughter said it best.

“I keep replaying in my mind the clip of his daughter saying, ‘My daddy changed the world,’” Cook said. “And that, for me, sums up beautifully what I hope his legacy will be. I hope we will look at that moment as the spark that ignited a transformation in this country on all fronts but also one that permeated the rest of the globe.” 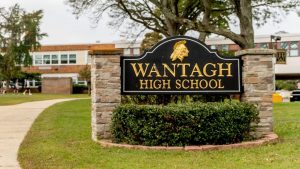 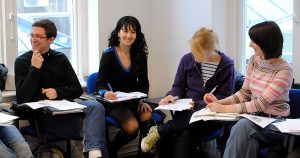 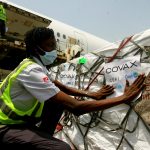 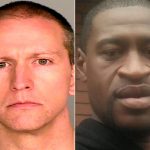 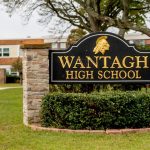