For Covid-19 Vaccines, Some Are Too Rich — and Too Poor 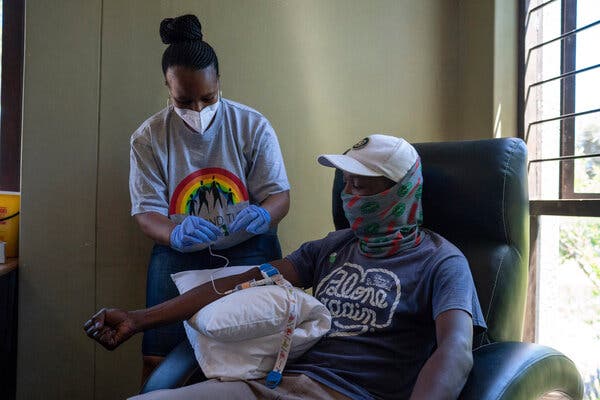 CAPE TOWN — A few months from now, a factory in South Africa is expected to begin churning out a million doses of Covid-19 vaccine each day in the African country hardest-hit by the pandemic.

But those vials will probably be shipped to a distribution center in Europe and then rushed to Western countries that have pre-ordered them by the hundreds of millions. None have been set aside for South Africa.

The country, which will help manufacture the vaccine and whose citizens have enrolled in clinical trials, does not expect to see the first trickle of doses until around the middle of next year. By then, the United States, Britain and Canada, which have already started, may have vaccinated more than 100 million people.

The first year of the Covid-19 pandemic revealed that a country’s wealth would not spare it from the virus. Overconfidence, poor planning and ignored warnings felled some of the world’s richest nations. But now, money is translating into undeniable advantages.

Over the past few months, rich nations like the United States and Britain have cut deals with multiple drug manufacturers and secured enough doses to vaccinate their citizens multiple times over. China and Russia have conducted their own trials and begun mass vaccination programs.

Yet countries like South Africa are in a singular bind because they cannot hold out hope for charity. Although its government is nearly insolvent and half of its citizens live in poverty, South Africa is considered too rich to qualify for cut-rate vaccines from international aid organizations.

Poor and middle-income nations, largely unable to compete in the open market, rely on a complex vaccine sharing scheme called Covax. A collaboration of international health organizations, Covax was designed to avoid the inequities of a free-market free-for-all. But its deals come with strings attached, and health advocates are questioning its transparency and accountability.

By the middle of next year, South African officials hope to secure their first vaccine doses under Covax, even as they negotiate to buy supplemental supplies from drug manufacturers. But in a country where luxury estates are walled off from sprawling squatter villages, many expect the newest vaccines to remain a privilege for residents who can pay out of pocket or through supplemental insurance — a program that disproportionately benefits white people.

“You’ll be able to stride into your local private pharmacy and pay a couple hundred rand (about $15) and say, ‘Hit me baby,’” said Francois Venter, a researcher at the University of the Witwatersrand in Johannesburg.

The best chance that many South Africans have to get vaccinated anytime soon is to volunteer for a clinical trial and test unproven vaccines on their bodies. But that arrangement has raised ethical questions.

First is whether countries like South Africa, which is supporting trials by four drugmakers, should be guaranteed doses if the trials succeed. The government hasn’t received such a guarantee. And at any rate, such an arrangement would be ethically murky, since it would punish countries that participate in unsuccessful trials.

This month, as Britain prepared to begin its vaccination campaign, dozens of people walked from their shacks in Masiphumelele township, south of Cape Town, to the gates of the Desmond Tutu Health Foundation.

They waited outside for hours, under the shade of a gum tree, for a chance to enroll in a clinical trial of the Johnson & Johnson vaccine.

“The people at the top, they’re going to get the vaccine, the people who have power,” said Mtshaba Mzwamadoda, 42, who lives in a one-bedroom corrugated metal shack with his wife and three children. “Maybe we’ll get the vaccine in 2025.”

“We’ll all be dead then,” said Prudence Nonzamedyantyi, 46, a housekeeper from the same township.

“That’s why we signed up,” Mr. Mzwamadoda said. “This is the only chance I have.”

Katherine Gill, an AIDS researcher who is leading the trial, usually tempers her enthusiasm for such tests. But early results from other drugmakers have been promising. “My assumption is that unless you get onto a vaccine study, you’re not going to have access to any vaccine anytime soon,” Dr. Gill said, “which is obviously quite heartbreaking.”

In the 1990s, when antiretroviral drugs to treat H.I.V. were developed, South Africans volunteered for clinical trials, knowing that they could never afford the medicine otherwise. “If you had money, you were able to buy it. If you didn’t, you died,” Dr. Venter said. “It’s going to be the same thing again.”

Covax was set up to prevent that. It came together with money and support from the World Health Organization, the Coalition for Epidemic Preparedness Innovations and GAVI, the Vaccine Alliance. Countries, even those that cannot hope to compete on the open market, can buy into Covax and receive vaccines. Poor countries pay nothing.

South African medical advisers say the Covax system is incredibly important but also deeply frustrating. Governments must pay up front without knowing what vaccine they will receive or getting any guarantees on when the doses will arrive. Covax estimates the price per dose but offers little recourse if the cost is ultimately much higher. Countries must assume all of the risk if the vaccine fails or if anything goes wrong.

During a recent call with reporters, Covax officials called their vaccine sharing program “the only global solution to this pandemic.”

“We still need more doses and, yes, we still need more money, but we have a clear pathway to securing the initial two billion doses and then beyond that,” said Seth Berkley, the chief executive of Gavi, the Vaccine Alliance.

Still, Mr. Berkley and other officials declined to reveal their arrangements with drug companies, describing them as company secrets. They also did not make public the deals they have struck with individual countries.

“They’re agreeing to buy something with public money, and we won’t have any influence on pricing,” said Fatima Hassan, a human rights lawyer. “Covax is saying the pricing is fair, but we don’t know. Where’s the transparency?”

Those trade-offs might be palatable for countries receiving the medicine nearly free. But South Africa is paying about $140 million for its Covax doses to vaccinate roughly 10 percent of its population, including health care workers and some high-risk people. The government hopes to cover the country’s remaining 50 million people through private deals with drug companies.

Globally, the process is secretive, with governments not disclosing the prices they are paying for vaccines. When a Belgian minister recently published the European Union’s price list, she revealed that prices vary depending on who’s doing the buying.

Many South Africans are deeply skeptical of pharmaceutical companies and wary of rampant government corruption. The health minister, Zweli Mkhize, said in a recent call with reporters that it was essential that rich countries not hoard vaccines, but otherwise the government has said little about its plans.

Outraged, health advocates have threatened to sue the country’s government to make the plans public.

Ultimately, though, money is the great differentiator. From the outset, South Africa’s government knew it could not afford to order doses before they were tested and approved, as wealthy countries did.

“While these countries have gone on a shopping spree, we haven’t even started window shopping,” Ames Dhai, a bioethics professor and member of the government’s vaccine advisory panel, told doctors on a recent webinar.

South Africa has seen this play out before. In 2009, when the world feared a devastating H1N1 flu outbreak, rich countries hoarded the earliest vaccines. While the outbreak was far weaker than expected, it revealed the inequities that exist when countries compete for lifesaving medicine.

One example is the HPV vaccine, a drug that can prevent cervical cancer but is in short supply in South Africa. Supplies are so tight that the World Health Organization has recommended that wealthy countries temporarily stop expanding their vaccinating campaigns to cover boys, so other nations can focus at least on covering young girls.

For the Covid-19 vaccine, government officials and advisers say they have met with or received preliminary inquiries from most of the major drug companies.

Abdool Karim, the head of the country’s coronavirus council, said the country needed to be judicious in choosing a vaccine that best fits the needs of South Africa. Rushing to buy the Pfizer vaccine, for example, which requires shipping and storage at ultracold temperatures, made no sense when cheaper, simpler and more manageable medicines were on the horizon, he said.

But because South Africa did not pre-order doses from private companies, the country may have to watch its own domestic drug maker, Aspen Pharmacare, produce vaccines for other countries before they are available domestically.

Under contract with Johnson & Johnson, Aspen is expected to produce millions of vaccine doses. South African officials have high hopes for the vaccine, which does not need cold storage and promises to require one injection rather than two.

“We’ll participate in your trials, we’ll manufacture your vaccines, but we don’t know if we’ll get access,” Ms. Hassan said.

Johnson & Johnson has promised to sell its vaccines at break-even prices and provide half a billion doses to Covax to help poor countries. Aspen’s chief executive, Stephen Saad, said he was proud of that commitment. But he acknowledged that there is no guarantee for South Africa.

South Africa, which is now past a million Covid-19 cases, is facing its second wave. Public health officials are particularly worried about a new mutation that they believe may have made the virus more contagious.

In poor and working-class townships, the greater fear is of a new lockdown. The government’s earlier aggressive lockdown devastated the economy and confined many people to tin shacks built an arm’s length apart, with a dozen families sharing an outhouse and many more sharing a water tap.

“It’s impossible to have social distancing here,” said Mr. Mzwamadoda, who was selected for the drug trial.

He is counting on the vaccine, hoping he got the actual medicine and not a placebo. “I want my life back,” he said.

Mr. Mzwamadoda woke up the day after his injection feeling well. He talked it over with his wife, and they decided that she would walk to Dr. Gill’s clinic and enroll that weekend.

A few days later, though, Dr. Gill got word that Johnson & Johnson did not need any new test subjects at her location.

Data was pouring in. A good outcome, but that meant that when people began lining up at the gates early the next morning, she had to turn them away. 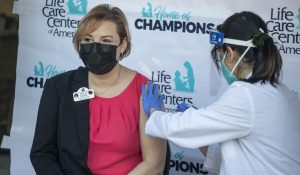 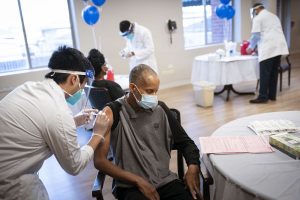 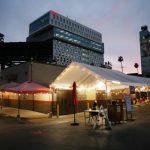 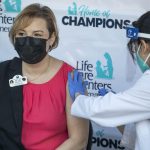 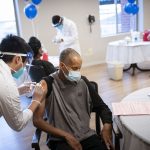 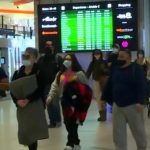