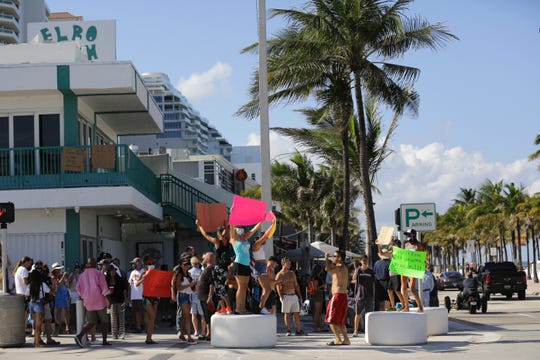 TALLAHASSEE, Fla. – Florida added another 3,207 coronavirus cases Thursday, shattering the previous daily record as the state emerges as an alarming hot spot among places grappling with a resurgence of the disease.

Thursday’s new record topped the 2,783 cases reported just two days earlier by the Florida Department of Health, which had been the third record-setting total in less than a week.

There have been 85,926 coronavirus cases reported in Florida since the outbreak began and 3,061 deaths. The state reported 43 additional COVID-19 deaths Thursday.

People participate in a “Right to Work” rally outside of the Elbo Room bar , which remains closed, during the new coronavirus pandemic, Tuesday, June 16, 2020, in Fort Lauderdale, Fla. Across Florida, bars were part of the Phase 2 reopenings that occurred earlier in June, except in three counties in South Florida. ( (Photo: Lynne Sladky, AP)

Gov. Ron DeSantis said after Tuesday’s record high that he had no plans to pull-back on reopening efforts that he launched in May and since expanded.

The Republican governor has attributed the rise in cases to the state’s expanded testing, along with clustered outbreaks involving farmworkers and at nursing homes, where residents and staff have been undergoing increased testing.

“You have to have society function, you have to be able to have a cohesive society, that’s the best way to be able to deal with the impacts of the virus,” DeSantis said. “But particularly when you have a virus that disproportionately impacts one segment of society, to suppress a lot of working-age people at this point I don’t think would likely be very effective.”

But with Florida among 10 states that saw a record number of COVID-19 cases this week, a disease model by scientists at Children’s Hospital of Philadelphia and the University of Pennsylvania concludes the Sunshine State has “all the markings of the next large epicenter of coronavirus transmission.”

The spike in cases prompted Florida Agriculture Commissioner Nikki Fried, the only statewide elected Democrat, to send out a blistering statement this week, slamming the governor’s handling of the crisis.

“(Tuesday’s) record-high new cases makes it clear: Governor DeSantis has lost control of Florida’s COVID-19 response,” Fried said after numbers were released Tuesday. “His policies are simply not working, and he’s recklessly reopening Florida despite the data screaming for caution.”

The governor said Tuesday that the median age of those infected has dropped significantly, and said identifying asymptomatic young people with the infection will help “stop the spread” because they will be isolated.

How much and where do I pay taxes on the extra $600?: Your COVID-19 money questions, answered 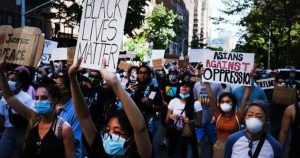