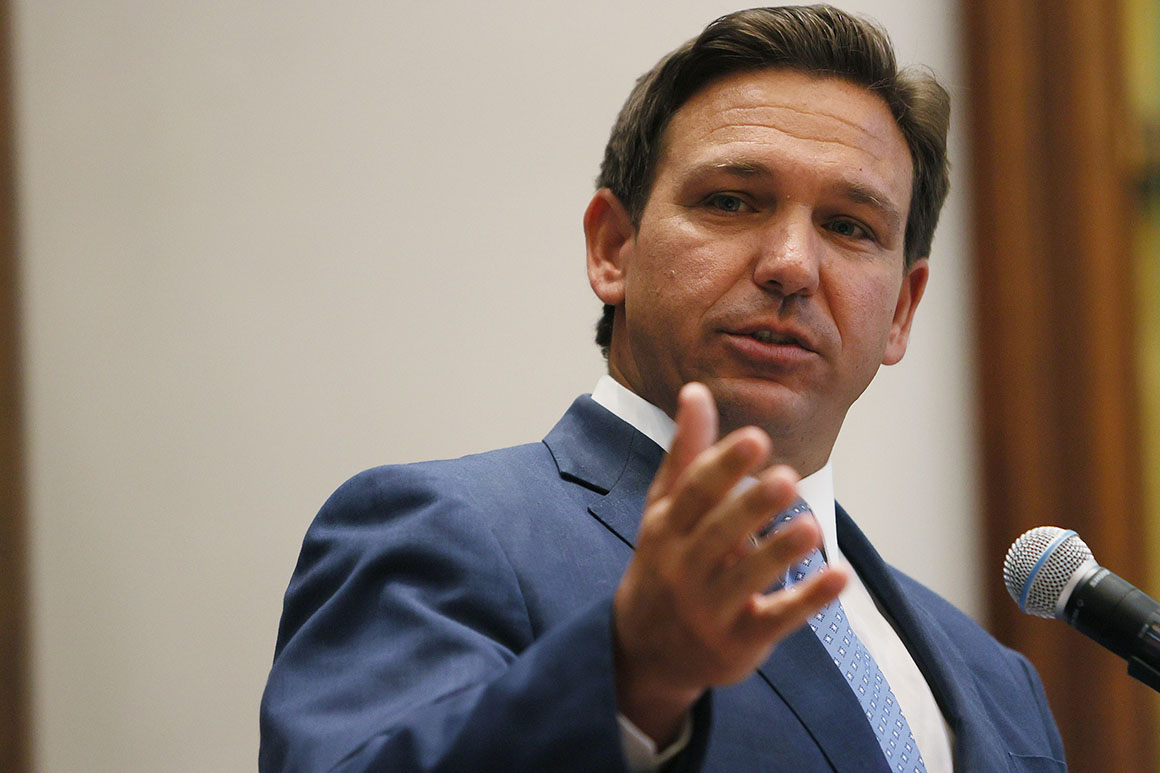 The move by the state signals that there’s no conclusion in the fight between Gov. Ron DeSantis and local school districts that have attempted to implement mask requirements. | Joe Raedle/Getty Images

TALLAHASSEE — The Florida Department of Education this week stripped a local school board of federal aid money over its masking policy, directly defying the Biden administration, which cautioned the state against the sanctions.

Florida officials yanked the federal grant money for Alachua County that was meant to offset penalties for enacting a local mask mandate just one day after the U.S. Department of Education warned that the move would violate requirements in federal law, a clear sign that the state and feds are still at odds over Covid-19 policies.

School leaders in Alachua claim the state made the cuts to their October budget before the federal money even arrived, taking funding away from supporting students.

“I am appalled that the state would penalize the district by pulling funding we have not even received,” said Carlee Simon, Alachua County Public Schools superintendent, in a statement Wednesday.

The move by the state signals that there’s no conclusion in the fight between Gov. Ron DeSantis and local school districts that have attempted to implement mask requirements. At one point during the summer, the conflict has pitted the governor against 13 school districts — including five that were in GOP-leaning counties — as well as the Biden administration, which had promised to financially support school districts that faced financial penalties for enacting mask mandates.

Currently, only a handful of school districts, including Alachua and Broward counties, are attempting to require masks in schools. Other counties reversed course after facing penalties from the state and seeing Covid-19 caseloads decline.

Broward County on Wednesday said it is looking into whether the state is pulling its federal grant funding.

The U.S. Department of Education claims that pulling the federal grants from school boards would lead to Florida “failing to comply” with federal requirements in the Elementary and Secondary Education Act of 1965. But Florida education officials classified that message as “harassing and legally hollow,” indicating the state would move full speed ahead with sanctioning school boards with mask mandates.

The Florida Department of Education on Tuesday deducted $164,505 from Alachua’s October budget allocation, a total that includes the monthly salary of school board members and the entire share of a $147,717 grant promised by the Biden administration, Simon said.

But Alachua has yet to draw down any of the “Project SAFE” grant dollars, meaning that the bulk of the state’s sanctions are hitting schools instead of school board members, according to Simon.

The cuts came down on Tuesday, Simon said, one day after the U.S. Department of Education attempted to stop the state from pulling the funds, announcing the agency was prepared to “initiate enforcement action to stop these impermissible state actions.”

The Biden administration pledged to send $567,000 combined to school board members in Alachua and Broward counties to counter fines from the Florida Department of Education, attempting to negate the state’s sanctions meant to dissolve local mask mandates.

The Florida Board of Education in response ramped up pressure on school board members by docking their pay and withholding federal grants from counties that continue to require face coverings for students in defiance of DeSantis and a state Department of Health rule.

It’s unclear if the Florida Department of Education also stripped the federal grants from schools in Broward County or others this week. 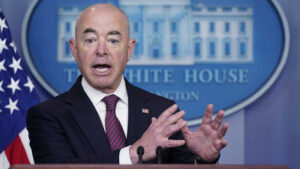 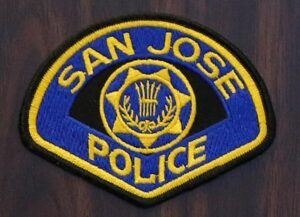