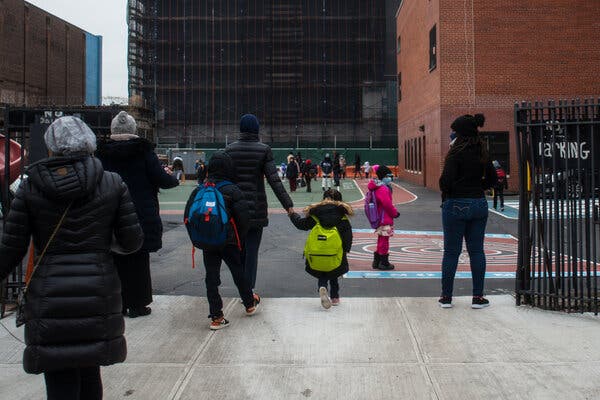 For much of the summer, it was unclear whether the city had the political will or logistical prowess to reopen its public schools at all. A few weeks after schools finally did reopen, Mayor Bill de Blasio closed the entire system — only to again reopen some classrooms.

But by last month, it seemed as if the city’s reopening plan was finally settled, and that some measure of stability, albeit imperfect, might begin for the nation’s largest school system.

Then the city’s virus case numbers began to spike, and the teachers’ union began to raise alarms.

Those concerns have intensified in recent days, as the United Federation of Teachers warned the city that it believed all schools should close if the positivity rate reached a certain threshold.

But in a repeat of a battle that has played out frequently over the few months, the mayor’s office has said it is determined to keep schools open.

Mr. de Blasio has said the roughly 190,000 children in lower grades and those with complex disabilities who are back in classrooms should have the option to stay there, even as positivity rates top 9 percent citywide and individual school buildings are closing at an accelerating rate because of positive test results among staff or students.

Although the overall positive test rate in schools remains low, it is rising: In December, 0.67 percent of tests were positive, up from 0.28 percent through the end of November. And more than 100 schools were closed for a mandatory quarantine because of virus cases as of Tuesday.

The increase in closings prompted officials late last month to shorten the time that schools must close after multiple confirmed cases, to 10 days from two weeks, in the hopes that children can return to classrooms sooner. The change is in line with updated federal health guidance, the city said.

Gov. Andrew M. Cuomo appeared to support Mayor Bill de Blasio in his desire to keep schools open, announcing on Monday that the state would not stick with its plan to close schools if the positivity rate hit 9 percent by the state’s metrics, and would instead leave the decision to local leaders. (Because of the difference in how the state and city tabulate virus test results, the state’s metrics have New York City at more than 6 percent positivity.)

Mr. Cuomo’s change of heart on closure rules made it seem, briefly, that the city’s students would be able to stay in school indefinitely.

“The safest place to be in New York City is, of course, our public schools,” Mr. de Blasio said during a news conference on Monday.

But the teachers’ union quickly poured cold water on that plan by saying it wanted schools closed if the city hit the 9 percent state mark.

The renewed tension between City Hall and the union conveniently leaves out Mr. Cuomo, an ally of the union and a frequent foe of the mayor. The governor has, since the summer, consistently sought to avoid major decisions related to school reopening and has shifted nearly all the authority over schools to local districts.

Complicating the picture, for the first time this week a more contagious variant of the coronavirus, first seen in Britain, was detected in New York State, raising the specter that a new surge could hasten school closures, as it has in Britain.

A city Department of Education spokeswoman indicated that the city would stick with its numbers and intended to keep schools open despite the union’s concerns.

Only children in prekindergarten, elementary school and those with complex disabilities were eligible to return to classrooms when they reopened last month, and the vast majority of city’s 1.1 million public school students have decided to learn remotely for the rest of the year.

But if the new variant of the virus begins to spread in the city, the state’s rate could begin to rise quickly. It is also possible that the mayor and governor would agree on a broader citywide shutdown, which might well include all schools, if the new variant causes cases to surge and hospitals to fill to capacity in New York City.

“If it were to become the case that we have widespread transmission of a variant that is more transmissible, that would not bode well for school reopening,” said Caitlin Rivers, an epidemiologist at Johns Hopkins University. “But there’s a number of ifs there.”

The renewed tension over opening schools makes it even less likely that the city’s middle and high schools will reopen in the next few months. Those schools were open for just a few weeks last fall before the mayor closed them again. The city does not yet have the testing capacity to open those schools, officials have said, and the teachers’ union has said it would oppose plans to reopen middle and high schools this winter.

Since reopening in December, the city has conducted weekly testing inside the roughly 850 public schools buildings that are open, as well as at early education centers.

The latest on how the pandemic is reshaping education.

But the vast majority of school staff and students who were found to be positive were tested outside of school. Only about 1,100 positive cases came from random testing in schools, out of more than 7,500 total reported by the city.

As the virus has spread in the broader New York City community — and a rapidly rising number of schools have been closed when two or more positive cases emerged in the building, and no link could be established between them — the Department of Education decided to change its quarantine policy. A spokesman for the department said the state and city health departments recommended that the department shorten the quarantine period.

The change is most likely intended to prevent the situation the city found itself in last month, when as many as 201 school buildings were closed for two weeks at one point. The students in the 103 schools that are temporarily closed are learning remotely.

The frequent closures could further ramp up pressure on the city to improve remote learning.

About 700,000 city students have already chosen to learn from home full-time, and the back-and-forth over whether buildings will be open is irrelevant to their families. Many of the children who have decided to return to classrooms are likely to be toggling back and forth between in-person classes and sudden quarantines that force them back into remote learning for days or weeks.

That has been frustrating and confusing for parents whose children have returned to classrooms and are desperate for some consistency.

“I feel like some children actually really do need to be in school because it’s better for them,” said Corinthia Williams as she brought her 7-year-old son, Phoenix, to school in Bedford-Stuyvesant, Brooklyn, on Tuesday. “That’s why I bring him.”

But families are on tenterhooks about the possibility of confirmed cases and closures. As Destiny Davis dropped her younger brother at school on Tuesday morning, she said her family is watching the case count closely. “There haven’t been any cases in his school, so we’re, like, kind of hoping,” Ms. Davis said.

Mr. de Blasio has acknowledged that his administration has focused mainly on how to bring children back into classrooms safely, because of the inherent benefits of in-person learning, and has given much less time to bolstering remote learning for the hundreds of thousands of students who have chosen it.

Parents have described remote learning as an afterthought, and teachers have said the city has provided little guidance about how to improve teaching online.

Some students still do not have the laptops or iPads they requested, scores of children in homeless shelters are struggling to log on for classes because their shelters lack connectivity, and educators said many families still need technical support from the city on remote classes.

As the city’s positivity rate has climbed over the last few weeks, educators have expressed incredulity that elementary schools and classrooms for children with the most complex disabilities would remain open in the new year.

One faction of the United Federation of Teachers called on the union and the city to immediately close all schools for in-person learning, rather than waiting to see if the numbers worsen. “Too many students, families and staff will become sick,” if schools remain open, U.F.T. Solidarity, a left-leaning caucus within the union, said in a recent statement. 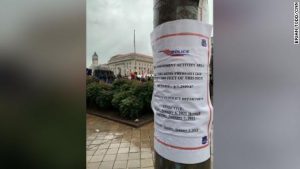 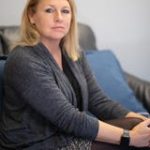 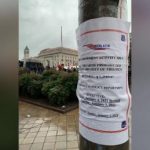 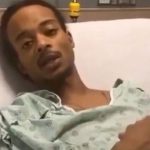 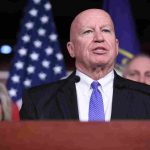