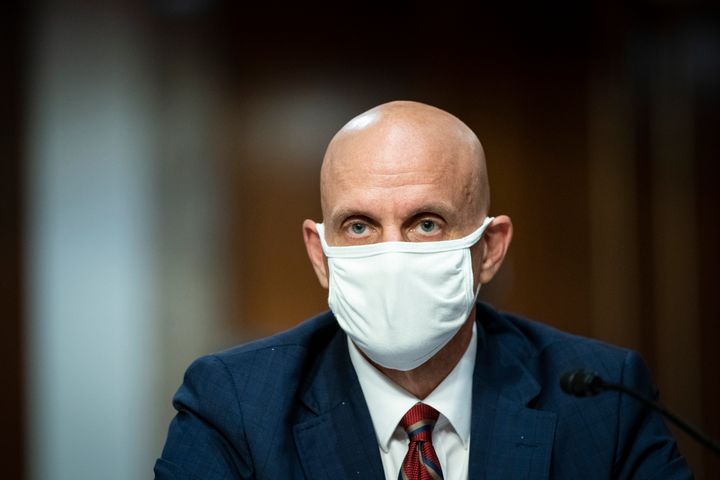 The head of the U.S. Food and Drug Administration repeatedly refused to comment on President Donald Trump’s recent claim that 99% of coronavirus cases in the U.S. “are totally harmless,” despite data showing that the majority of people infected with the virus show symptoms of COVID-19.

Trump, who has long attempted to downplay the seriousness of the virus, was speaking at the White House on Saturday when he made the claim without citing a source or any evidence.

“We have tested almost 40 million people. By so doing, we show cases — 99% of which are totally harmless — results that no other country can show because no other country has testing that we have,” Trump said.

Dr. Stephen Hahn — the commissioner of food and drugs who is also a member of the White House Coronavirus Task Force — was asked about Trump’s latest claim in two separate interviews Sunday but refused to address it when asked.

Dana Bash pressed Hahn on CNN’s “State of the Union”: “If they hear the president saying 99% of people are fine, they’re going to change their behavior, potentially get sick, infect other people.”

“I’m not going to get into who’s right and who’s wrong,” Hahn responded.

It’s not clear where Trump got the percentage or what his definition of “totally harmless” is.

Representatives for the White House and the Centers for Disease Control and Prevention did not immediately respond to HuffPost’s requests for comment Sunday. 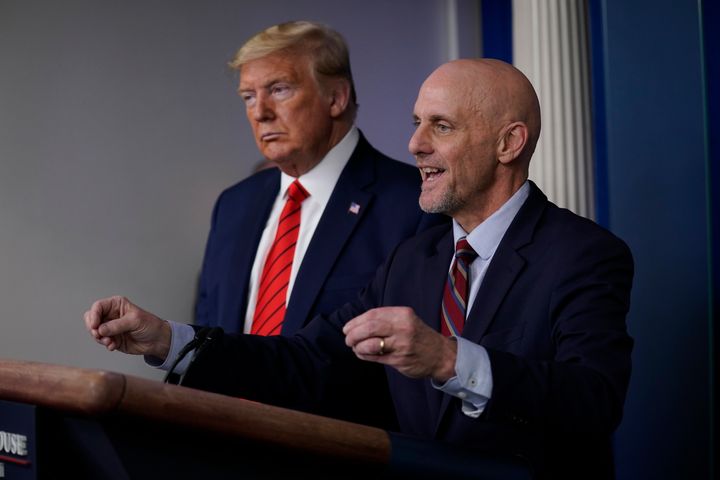 ASSOCIATED PRESS Hahn appeared with President Donald Trump at a White House news briefing in March. On Sunday, he refused to dispute Trump’s claim that 99% of COVID-19 cases are “totally harmless.”

The CDC estimated that only 35% of COVID-19 cases are asymptomatic, meaning that about two-thirds of the people who contract the virus show symptoms of it. Whether people with the virus are asymptomatic or not, they are still capable of infecting others, which could be considered harmful in itself.

But the World Health Organization estimated that COVID-19 hospitalizations are a bit higher. In most countries, about 20% of all confirmed COVID-19 patients need supplemental oxygen or advanced hospital care, The New York Times reported, citing Dr. Janet Diaz, head of clinical care for the WHO’s emergencies program. 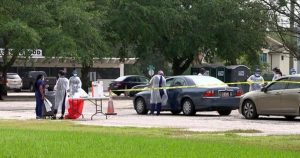