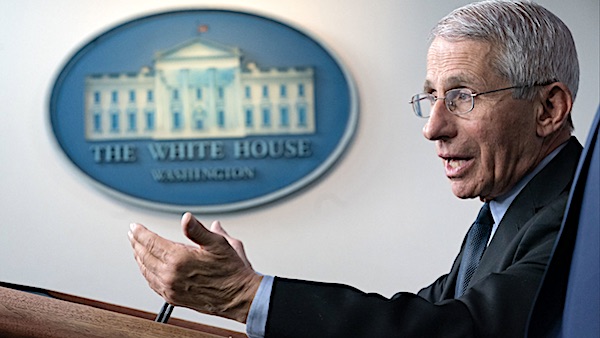 Health expert Dr. Anthony Fauci still plans to testify before a Senate committee this week, despite placing himself in a modified quarantine.

On Saturday, Fauci announced that he had been exposed to someone who has tested positive for the coronavirus.

Fauci, director of the National Institute of Allergy and Infectious Diseases, will also continue to attend meetings at the White House, according to Fox News.

When not at the White House, Fauci will work from home, coming into his office at the National Institutes of Health when there are few other people nearby.

Fauci, who has become one of the most familiar faces on television during the coronavirus crisis, will also be tested daily, “wearing a mask continually for 14 days,” according to CNN.

TRENDING: ‘No legal basis’ for Mueller probe that ruined lives of those connected to Trump campaign

“Dr. Fauci has tested negative for CoVID-19, and he will continue to be tested regularly. He is actively monitoring his temperature and other health indicators. He is considered to be at relatively low risk based on the degree of his exposure,” NIAID said Saturday in a statement.

“Nevertheless he is taking appropriate precautions to mitigate risk to any of his personal contacts while still allowing him to carry out his responsibilities in this public health crisis. Dr. Fauci encourages all Americans to also follow CDC guidance with any level of contact with the virus,” the NIAID statement said.

According to Fox, Fauci plans to appear in the Senate on Tuesday to testify before the Senate Health, Education, Labor and Pensions Committee. He had been called along with Centers for Disease Control and Prevention Director Dr. Robert Redfield and Food and Drug Administration Commissioner Stephen Hahn.

Redfield and Hahn have both said they will be appearing by video after exposure to individuals who tested positive for the virus.

Republican Sen. Lamar Alexander of Tennessee issued a statement about the hearing Saturday, titled, “COVID-19: Safely Getting Back to Work and Back to School.”

“I asked the White House to allow Dr. Hahn and Dr. Redfield to testify by videoconference at this important hearing which is less than three days away. I am grateful that White House Chief of Staff, Mark Meadows, approved a one-time exception to the Administration’s policies about hearings, and has agreed that Dr. Hahn and Dr. Redfield will testify at this hearing by videoconference due to these unusual circumstances,” he said.

Dr. Brett Giroir, assistant secretary for health at the Department of Health and Human Services, will also testify at the hearing.

Fauci had been summoned to appear before a Democrat-led House panel last week, but was prevented from doing so by the White House.

“The House is a bunch of Trump haters,” Trump said, according to USA Today. “They put every Trump hater on the committee.”

The presence of the disease within the inner ranks of the White House was revealed last week.

“We have put in place the guidelines our experts have put forward to keep this building safe,” White House press secretary Kaleigh McEnany said, according to Fox. “All of the recommended guidelines we have for businesses that have essential workers were now putting in place here in the White House, so as America reopens safely the White House is continuing to operate safely.” 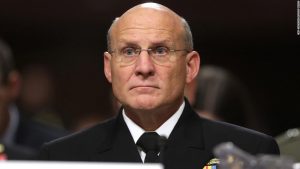 US chief of naval operations to self-quarantine 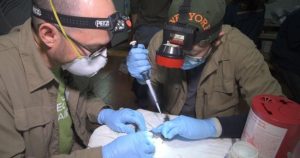 Why it matters that the NIH canceled a coronavirus research grant