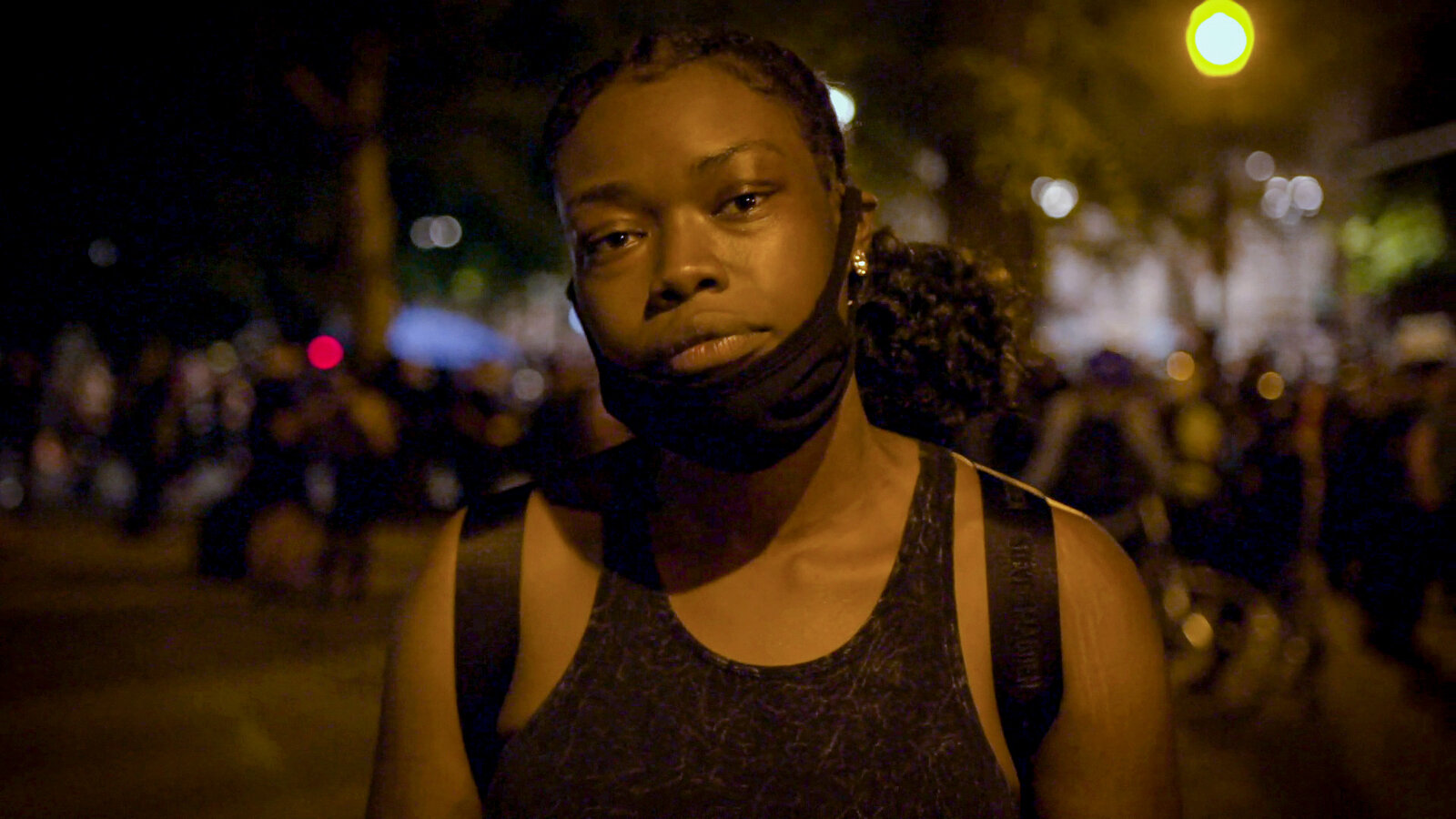 PORTLAND, Ore. — Attorney General William P. Barr forcefully defended the federal response to long-running protests in Portland on Tuesday, telling the House Judiciary Committee that the protests had become violent. The federal intervention has been condemned by state and city officials, but Mr. Barr argued it was necessary to prevent violence from spreading to other American cities.

The nightly protests in Portland, which began in late May as a response to the police killing of George Floyd, have become the backdrop for a conflict between federal officials and local leaders. Mr. Barr and other federal officials have drawn attention to vandalism and other reckless behavior on the part of the protesters, while city officials have said that federal agents dispatched to the district court in downtown Portland have exceeded their authority and harmed peaceful protesters.

There are currently 114 federal law enforcement officers in Portland, according to a legal filing from the U.S. attorney’s office, drawn from various agencies including Customs and Border Protection and the Federal Protective Service. Their presence has reinvigorated tensions that had been subsiding, local officials said. Several peaceful protesters have been seriously injured, including a Navy veteran whose hand was smashed by officers and a man who was shot with a projectile that fractured his skull.

“As I’ve said from the beginning, these peaceful protests are being hijacked by a very hard core of instigators, violent instigators,” Mr. Barr said. “Police casualties far exceed anything on the civilian side.”

The crowds have been largely peaceful and have included high school students, military veterans, off-duty lawyers and lines of mothers who call themselves the “Wall of Moms.”

Mr. Barr acknowledged in response to questions from representatives that many protesters had remained peaceful. “You have a lot of people who are out protesting and demonstrating,” he said. “The particular violent opportunists who are involved here get into these crowds and engage in very violent activity and hijack it.”

But he emphasized that some protesters have thrown rocks, water bottles and fireworks at federal officers. Others have shone lasers at federal agents and at security cameras surrounding the building, in an effort to block their view of the crowd. Several fires have been set near the courthouse, which federal officials have said could spread to the building and harm the agents inside.

This has been amply documented with photographs, videos, and by New York Times reporters on the ground.

Mr. Barr also claimed that protesters had used Tasers, pellet guns and slingshots against the federal officers. The Times could not independently confirm the use of those weapons.

As federal agents moved beyond the courthouse and into the streets of Portland — which experts have said they may not have legal authority to do — agents have also been involved in scuffles with protesters who tried to prevent arrests.

Have any federal officers been injured?

In a July 22 court filing, the U.S. attorney’s office in Oregon said that 28 federal law enforcement officers had been injured during protests in Portland.

“The most serious injury to an officer to date occurred when a protester wielding a two-pound sledgehammer struck an officer in the head and shoulder when the officer tried to prevent the protester from breaking down a door to the Hatfield Courthouse,” the filing stated. Other injuries included “broken bones, hearing damage, eye damage, a dislocated shoulder, sprains, strains, and contusions.”

The Department of Homeland Security said in daily briefings about the protests that agents had been burned by fireworks and a “caustic substance” that were thrown over a fence surrounding the courthouse.

The legal filings and daily reports from the Department of Homeland Security do not make reference to one of the injuries described by Mr. Barr: that projectiles fired from pellet guns “have penetrated marshals to the bone.” On July 23, the White House press secretary Kayleigh McEnany referenced a similar incident. “Another federal agent was shot with a pellet gun, leaving a wound deep to the bone,” she said. A Department of Homeland Security spokesman did not respond to a request for more information about this injury.

Has there been violence used against protesters?

Mr. Barr emphasized the injuries sustained by federal officers and said that they outnumbered those incurred by protesters.

There is not a comprehensive tally of injured protesters, but at least five people have filed civil lawsuits describing injuries and seeking damages of up to $950,000. Other injuries, like those sustained by the Navy veteran, have been captured on video.

Groups of nurses and doctors have recently joined the protests, voicing objections to violence from the federal forces. Jillian Trent, an emergency room nurse who joined a recent march, said that she had seen an uptick of patients with injuries caused by rubber bullets and other police munitions. “People are coming in with their jaws falling off,” she said.

Under questioning, Mr. Barr said that tear gas and violence were not appropriate responses to peaceful protesters. In response to a question about the use of tear gas, he said, “The problem when these things sometimes occur is, it’s hard to separate people.”

Were police officers attacked in Seattle?

Outrage over the federal agents’ actions in Portland extended to Seattle over the weekend, when thousands of protesters took to the streets on Saturday against police violence and the deployment of federal agents to Portland.

Some protesters lit several construction trailers on fire at a youth detention center, smashed windows of businesses and, according to the police, injured Seattle police officers with explosive devices. The Seattle Police Department released partial body camera video that showed explosions erupting near officers and photographs of cuts and burns suffered by officers that they said were from explosives set off by the protesters.

Officers, meanwhile, doused protesters in pepper spray, rushed into crowds and knocked people to the ground, including some who were trying to help a woman who had been bloodied by a flash grenade. A video posted online showed officers riding on bicycles into a group of protesters, pushing them to the ground with their bikes and their hands.

The police said 59 officers had been injured, including one who was hospitalized. Many of the injured officers were able to return to duty. 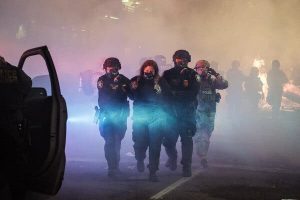