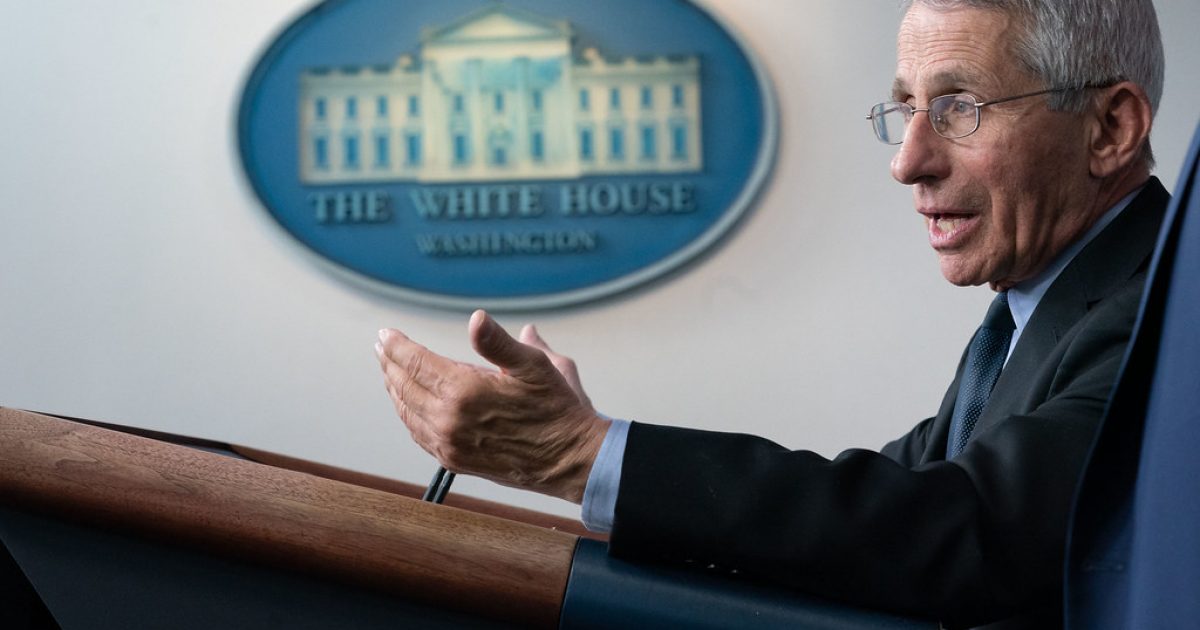 Dr. Anthony Fauci, leader of the National Institute of Allergy and Infectious Diseases (NIAID), is denying the possibility that the coronavirus pandemic could have originated from the Wuhan Institute of Virology.

“If you look at the evolution of the virus in bats, and what’s out there now is very, very strongly leaning toward this [virus] could not have been artificially or deliberately manipulated-the way the mutations have naturally evolved. A number of very qualified evolutionary biologists have said that everything about the stepwise evolution over time strongly indicates that it evolved in nature and then jumped species,” Fauci said during an interview with National Geographic that was published on Monday.

After Fauci was asked about whether a virus that was wild could escape from a lab, he continued to spin and deflect blame.

Trending: Bored ‘First Responder’ Dances Nude in Times Square as Coronavirus Pandemic Does Not Live Up to Hype

“But that means it was in the wild to begin with. That’s why I don’t get what they’re talking about [and] why I don’t spend a lot of time going in on this circular argument,” said Fauci.

The disgraced globalist World Health Organization (WHO) is also casting doubt on the notion that the coronavirus may have emerged from the Wuhan laboratory.

“From our perspective, this remains speculative,” World Health Organization emergencies chief Dr. Michael Ryan said to the Associated Press regarding the lab theory. “But like any evidence-based organization, we would be very willing to receive any information that purports to the origin of the virus.”

Big League Politics reported last week about how Fauci’s bureaucracy sent money to the Wuhan Institute for the stated purpose of funding coronavirus research in bats shortly before the pandemic shook the world.

It was revealed that the NIAID supported the $3.7 million grant in 2019 which was approved by the National Institutes of Health (NIH) to the Wuhan Institute after another project costing the same figure expired. The federal bureaucracy has subsidized this kind of research with the taxpayer footing the bill to the tune of $7.4 million.

Even U.S. intelligence is beginning to admit that it is possible that the virus emerged from a laboratory. Big League Politics has been reporting on this possibility for months, and now even mainstream fake news outlets like the Washington Post are acknowledging this could be the case:

Months after Big League Politics reported about the research facility for pathogens in Wuhan, China and the possibility of the coronavirus spreading from the lab, the fake news is finally admitting that it is a possibility.

Columnist Josh Rogin wrote an op/ed for the Washington Post on Tuesday in which he talked about the concerns with the Wuhan research facility and how American officials had warned of the lab prior to the coronavirus pandemic.

“Two years before the novel coronavirus pandemic upended the world, U.S. Embassy officials visited a Chinese research facility in the city of Wuhan several times and sent two official warnings back to Washington about inadequate safety at the lab, which was conducting risky studies on coronaviruses from bats,” Rogin wrote.

U.S. officials who inspected the Wuhan research facility were highly alarmed at the dangerous level of incompetence that they saw from the Chinese scientists. They made their objections in Sensitive But Unclassified diplomatic cables sent back to Washington D.C.

“During interactions with scientists at the WIV laboratory, they noted the new lab has a serious shortage of appropriately trained technicians and investigators needed to safely operate this high-containment laboratory,” the cable from Jan. 19, 2018 states.

The U.S. officials confirmed that the Chinese scientists were conducting risky studies that involved coronavirus and bats.

Fauci is desperate to mute concerns that the coronavirus was created in a laboratory and that his funding may have unleashed the worst pandemic to hit the world in many decades.

Have a hot tip for Big League Politics?

Got a hot news tip for us? Photos or video of a breaking story? Send your tips, photos and videos to tips@bigleaguepolitics.com. All hot tips are immediately forwarded to BLP Staff.

Have something to say? Send your own guest column or original reporting to submissions@bigleaguepolitics.com. 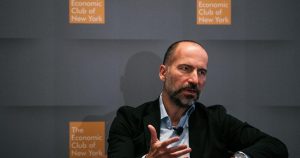 Uber will lay off 3,700 workers as coronavirus takes toll 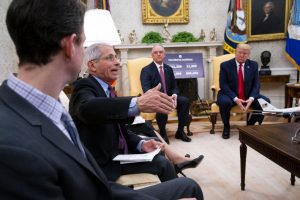 The Coronavirus Drug Remdesivir Is a Big Deal. But How Much Will It Cost? | Opinion