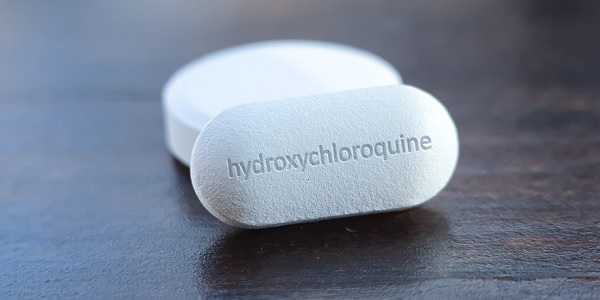 Dogmatism generally is defined as a statement of an opinion as if it were fact, and that has prompted Twitter to impose a short-term suspension on the social-media company’s account for Donald Trump Jr.

It was because he had shared a video about hydroxychloroquine amid the pandemic caused by the Chinese coronavirus.

While preventions and treatments for the virus still are a work in progress, and the nation’s economy is being injured greatly by lockdowns spurred by COVID-19, Twitter decided, based on “authoritative sources,” that the video shouldn’t be seen.

Mediaite said the suspension, for 12 hours, was because the social network claimed the video was “misleading.”

“We have determined that this account violated the Twitter Rules. Specifically, for: 1. Violating the policy on spreading misleading and potentially harmful information related to CVODI-19. … We understand that during times of crisis and instability, it is difficult to know what to do to keep yourselves and your loved ones safe. Under this policy, we require the removal of content that may pose a risk to people’s health, including content that goes directly against guidance from authoritative sources of global and local public health information.”

The “sources” were not identified.

But others certainly have different medical opinions than that held by Twitter.

For example, Dr. Jane Orient, of the Association of American Physicians and Surgeons, said in a statement that noted the success found with hydroxychloroquine.

Are social-media doing the right thing by punishing users with whom they disagree?

For the battle with COVID-19, she said, “Long-approved drugs are being re-purposed, including hydroxychloroquine, costing about $20 for a course of treatment, and ivermectin, used for scabies, head lice, and parasitic diseases. Doctors say their patients are getting better and not dying. Studies using overdoses in extremely sick patients are quoted to claim otherwise. Two, in Lancet and New England Journal of Medicine, were retracted quietly because of fake data –
LancetGate.'”

She continued, “In Vadodara, India, of more than 100,000 close contacts of COVID-19 positive patients who were given HCQ, only 0.2 percent became positive. That is 99.8 percent effective. The FDA would be content with only 50 percent effectiveness in a vaccine! Also, no patients complained of complications from the HCQ, while the majority of subjects in safety tests on two vaccines complained of systemic symptoms such as fever, muscle or joint pain, and headache after the second dose.”

Twitter’s comment was that since the perspective in the video disagreed with its own selected perspective, it was disallowed. It decided to limit the account belonging to Donald Trump Jr. for a time.

The video retweeted by Trump Jr. alleged there was “suppression” of hydroxychloroquine by medical officials including Anthony Fauci, who has advised President Trump on the issue.

Andy Surabian, a spokesman for Trump Jr., said, “Twitter suspending Don. Jr. for sharing a viral video of medical professionals discussing their views on Hydroxychloroquine is further proof that Big Tech is intent on killing free expression online and is another instance of them committing election interference to stifle Republican voices.”

He pointed out there is much disagreement in the medical community on the treatments for coronavirus, “there have been studies reported on by ‘mainstream’ outlets like CNN,” suggesting HQC may be effective.

This account has not been permanently suspended. Per the screenshot, the Tweet requires deletion because it violates our rules (sharing misinformation on COVID-19), and the account will have limited functionality for 12 hours. More in our rules: https://t.co/0wHWVV5QS4 https://t.co/0gq7rlaNw7

CBN reported that it’s part of an agenda by “social media giants” to ban or hide posts about treatments for coronavirus.

“Despite a recent major study and a new report from a Yale epidemiological expert that verifies the efficacy of hydroxychloroquine, tech giants are censoring the message,” the report said. “It seems HCQ has become a political incorrect durg among the mainstream news media and Big Tech simply because President Trump once referred to it as a possible treatment.”

Mediaite pointed out that censoring a message completely is just the next step for Twitter, which previously had added editorial comments to various messages from the president.

The report said, “This month, hackers claiming they were assisted by Twitter employees gained control of the platform, using it to scam hundreds of users and steal information from dozens more. That breach also showed the company used a ‘blacklist’ button to censor certain users and keywords on the site, something the company has denied doing in the past.”

The doctor had said “she has personally treated over 350 patients with COVID-19 with Hydroxychloroquine, Zinc, and Zithromax, and they have all recovered.”

The Pundit said that video was removed after Trump retweeted it. 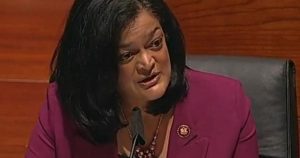