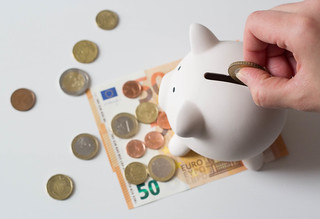 Other administration officials said that under plans still in discussion, the White House would consult with medical experts on a more informal basis and that Jared Kushner, the president’s son-in-law and senior adviser, would help oversee a group pushing for progress in developing a vaccine and treatments for the virus.

“It really is all a reflection of the tremendous progress we’ve made as a country,” Mr. Pence told reporters at the White House.

Scientists say a now-dominant strain of the coronavirus could be more contagious than original (Jon M.)

Scientists with major organizations working on a vaccine or drugs to combat the coronavirus have told The Times that they are pinning their hopes on initial evidence that the virus is stable and not likely to mutate the way the influenza virus does, requiring a new vaccine every year. The Los Alamos report could upend that assumption.

Trust in government around the world hits a record high during coronavirus crisis, survey finds (Sparky1)

Of the U.S. respondents, 46% said they trusted the federal government, while 66% said they had trust in local or state government. The U.S. had the largest gap between trust in federal and local governments, followed by Japan and France.

‘All night, my eyes are open’: After mass job losses, Americans forced to choose: Pay bills or buy food? (Sparky1)

The financial crisis comes at a precarious moment for households already teetering on the brink of ruin. Even before the pandemic struck, nearly a third of Americans didn’t have a savings account. Average credit card debt per household topped $7,000 and personal loans were the fastest-growing type of consumer debt in 2019. More than 20% of all children lived in families with incomes below the federal poverty level.

And if you participate, you are likely to end up being treated with placebo – i.e. glorified sugar – instead of receiving a proven treatment such as the hydroxychloroquine / azithromycin treatment developed at IHU Marseille and now used by numerous medical doctors all over the world.

“I think you could find individual cases among travellers to Wuhan who were there back in November and December last year,” he told Sweden’s TT news agency, when asked about the Paris case. “That doesn’t sound strange at all, but more completely to be expected.”

This review discusses the different medicinal attributes of this versatile plant in the light of its application to the needs related to health care of rural communities to appreciate how this plant can cater to multiple health issues encountered by the rural population in India.

Results revealed that majority of the death cases were male and older and had pre-existing condition and below normal Vitamin D serum level. Univariate analysis revealed that older and male cases with pre-existing condition and below normal Vitamin D levels were associated with increasing odds of death. When controlling for age, sex, and comorbidity, Vitamin D status is strongly associated with COVID-19 mortality outcome of cases.

Wells Fargo did not offer details on the probes, saying only that government agencies are looking into loans it made through the government’s $660 billion Paycheck Protection Program, or PPP, which offers forgivable 1% interest loans to businesses with fewer than 500 workers. The banking giant also said that some of the inquires have progressed to the formal stage. Wells Fargo made the disclosure in its quarterly earnings filing with the Securities and Exchange Commission.

Like other businesses deemed nonessential, Luther’s Far North Dallas salon was forced to close March 22 after the county enacted its stay-at-home order. She reopened the salon April 24 despite that order, and tore up a cease-and-desist letter from County Judge Clay Jenkins at a demonstration the next day.

About 145 field employees were absent from work as of April 28 due to COVID-19 diagnoses, and another 130 were under self-quarantine due to exposure to the virus, a spokesperson for the United States Department of Agriculture’s Food Safety and Inspection Service (FSIS), the federal agency that inspects the U.S. food supply, told CBS News on Monday.

Death Valley could see high temperatures hit 110. Places such as Los Angeles won’t escape the heat. Downtown will see temperatures back into the mid-90s, while the beaches will get into the mid- to upper 80s. Average May temperatures in downtown are typically in the mid-70s. 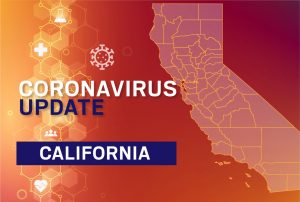 Coronavirus: State reports more than new 2,500 cases, most in a single day With devastating speed, coronavirus spread through a Long Beach fire station. But these firefighters battled back