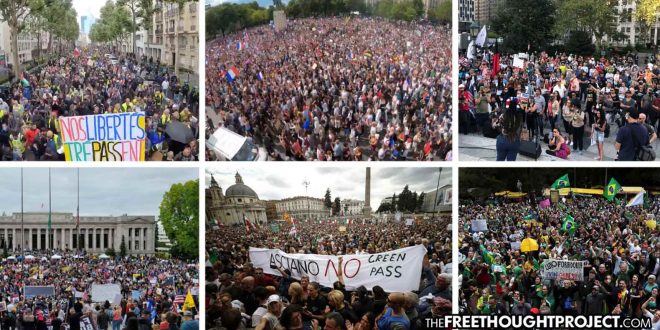 When protests in the United States happen that help the establishment in some way, whether by stoking divide or pushing an establishment agenda, corporate media is all over them, bombarding us with news of packed streets. However, when massive crowds take to the streets to have their anti-establishment voices heard, it’s crickets on FOXSNBCNN.

Such is the case recently as millions of people across the world have taken to the streets to protest the draconian laws which segregate society and deprive people of their freedoms over their choice in taking a vaccine they may not even need.

One place, in particular, that is currently seeing massive protests is Italy whose government just passed the strictest vaccine mandate in Europe. Starting on October 15, Italy begins enforcing the new workplace green pass requirement. If employees cannot show proof of vaccination, they will not be allowed to go to work nor will they be able to enter any public places like restaurants, theaters, gyms, etc.

If an Italian citizen misses five days of work by failing to comply with the new mandate, the government forces their employer to stop paying them. If employees are caught working without a green pass, the state will extort them to the tune of $2,100 per instance.

Naturally, moves like this have pissed a lot of people off. It is well known now that the antibodies from the covid vaccines fade over time, which is why Israel is now requiring boosters for all of their citizens. It is also well known that immunity from natural infection is far superior to the vaccine.

A person who had the jab back in January and likely has very few antibodies left is considered “green.” However, at the same time, a person who may have caught covid last month and recovered, thereby drastically reducing their ability to catch and spread the disease, is considered a threat and cannot go to work or public places. There is zero logic in these mandates, which prove one thing — they are about control — not your safety.

This is why people are in the streets across the country and all over Europe and Australia. Civil disobedience is their only option left as they are forced out of their jobs, denied entry into public places, and forbidden from travelling.

As the mainstream media refuses to question the idea behind mandating vaccinations, they have made their role clear in this tyranny as enablers. This should come as no surprise either given the money that pours into their coffers from the ones who stand to gain the most from vaccine mandates — big pharma.

As we are currently witnessing with their silence in regard to vaccine mandate protests, it is no secret that the pharmaceutical industry wields immense control over the government, big tech, and the media. It is their control which keeps this and any other negative press about their products from seeing the light of day. However, most people likely do not know the scope of this control.

As Mike Papantonio, attorney and host of the international television show America’s Lawyer, explains, with the exception of CBS, every major media outlet in the United States shares at least one board member with at least one pharmaceutical company. To put that into perspective: These board members wake up, go to a meeting at Merck or Pfizer, then they have their driver take them over to a meeting with NBC to decide what kind of programming that network is going to air.

We have even reported incidents in which reporters have been cut off by the network for mentioning the connection on air. In a clear example of how beholden mainstream media is to the pharmaceutical industries who manufacture and market these drugs, FOX News’ Sean Hannity was recorded in 2018, blatantly cutting off a reporter who dared mention Nikolas Cruz’s reported association with antidepressants.

In the report below, Papantonio explains how the billions of dollars big pharma gives to mainstream media outlets every year is used to keep them subservient and complicit in covering up the slew of deadly side effects from their products.

As we can see with the current censorship and narrative control in regard to those questioning the safety of the COVID-19 vaccines, big pharma wields massive control over the information you are allowed to talk about and consume. Once we zoom out and see the entire situation, it becomes exceedingly evident as to why Facebook, Twitter, YouTube, and the rest of Big Tech, have made it their mission to wipe out any and all content that questions the “official narrative.” 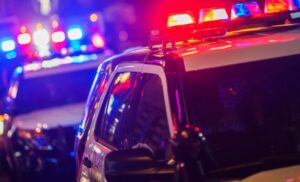 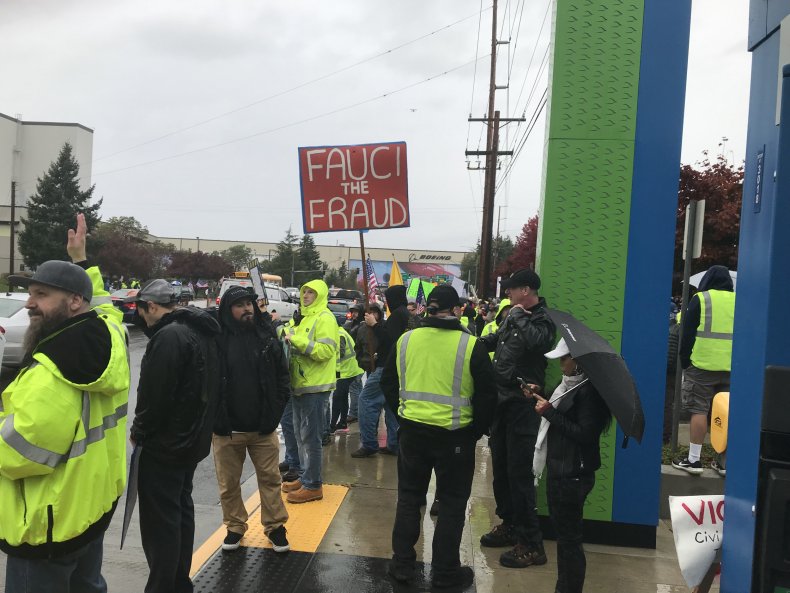 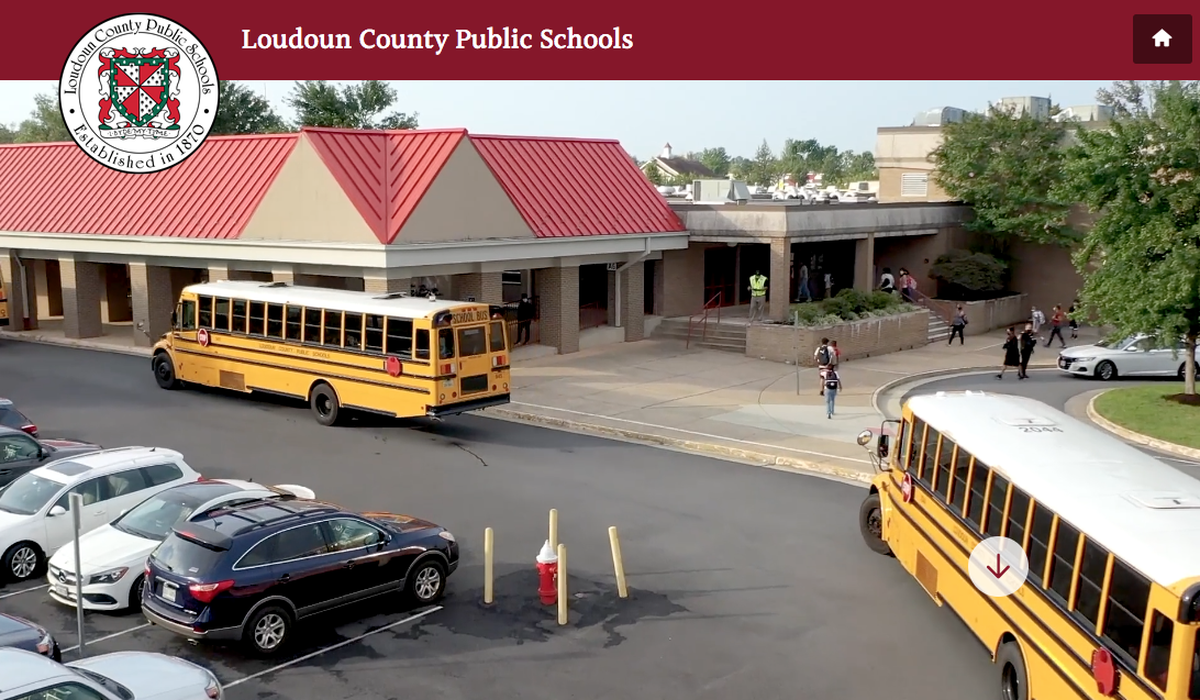 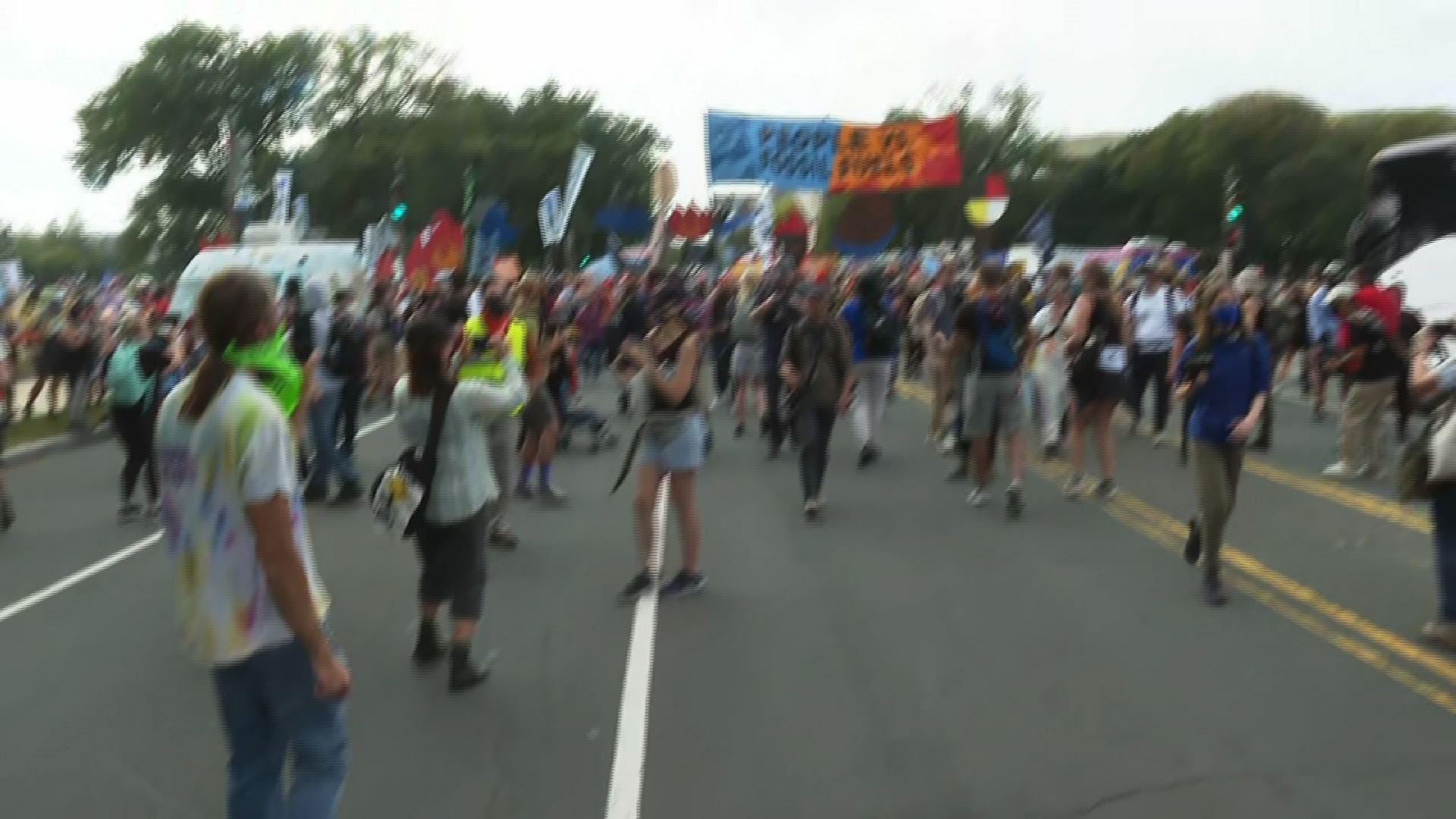