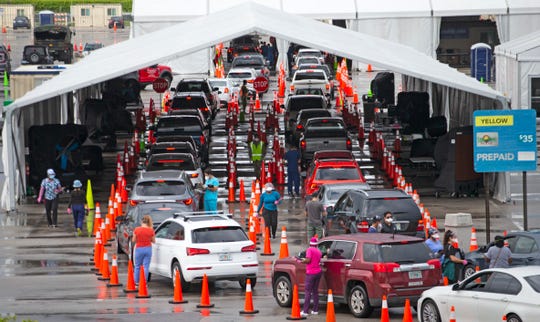 The Centers for Disease Control and Prevention has urged Americans against traveling for the Thanksgiving holiday.

Based on the latest data from the Transportation Security Administration, many aren’t listening: TSA screened more than 1 million travelers on Friday for just the second time since March, followed by nearly a million more on Saturday.

The strict holiday messaging isn’t new. Health officials during the second wave of the H1N1 influenza epidemic in 1918 issued a similar warning: “See that Thanksgiving celebrations are restricted as much as possible so as to prevent another flare-up.”

Meanwhile, some people have taken to the streets, again, to protest restrictions. In Southern California, hundreds gathered in Huntington Beach on Saturday to protest the state’s overnight curfew. In Oregon, people caravaned to the state Capitol in Salem after Gov. Kate Brown ordered a two-week “freeze” earlier this month.

🗺️ Mapping coronavirus: Track the U.S. outbreak in your state.

This file will be updated throughout the day. For updates in your inbox, subscribe to The Daily Briefing newsletter.

“After working in Washington, D.C., all of last week, I began experiencing mild symptoms this weekend and contacted my health care provider while at home in Janesville. I took a COVID-19 test today and the test results came back positive,” Steil said in a Twitter post.

Steil said he is quarantining and will work from his home. He was first elected in 2018 and held his seat in this month’s election.

Hundreds of bodies are still stored in freezer trucks at a disaster morgue set up during New York City’s coronavirus surge in the spring, according to the city’s Office of Chief Medical Examiner.

Many of the 650 bodies at the disaster morgue on the Brooklyn waterfront are of people whose families can’t be located or can’t afford a proper burial, officials told The Wall Street Journal.

Normally, the deceased would have been buried within a few weeks in a gravesite for the indigent on Hart Island in the Long Island Sound. But as COVID-19 deaths surged in New York in April, with as many as 800 deaths in one day, Mayor Bill de Blasio pledged that mass burials in temporary graves wouldn’t take place.

The city is slowly reducing the number of bodies in storage, with the number declining from 698 to 650 since mid-September, according to Dina Maniotis, the chief medical examiner’s office’s executive deputy commissioner.

Nevada Gov. Steve Sisolak strengthened Nevada’s mask mandate among other new restrictions announced Sunday. The new restrictions, referred to as a “statewide pause,” go into effect at midnight Tuesday and will be in place for three weeks.

“From the start of this pandemic, there aren’t any decisions that don’t have negative consequences. Weighing the loss of jobs and businesses versus the loss of health and lives is painful, without a perfect solution,” Sisolak said.

Private gatherings will be limited to 10 people from no more than two households. Public gatherings limits will also be reduced from 250 people to 50, including churches. Masks are required at any time you are around someone not part of your immediate household, including during private gatherings inside and outside.

Thirty-seven states, plus the District of Columbia and Puerto Rico, have mask mandates. What are the rules in your state? Check our list.

Dining at restaurants, bars, breweries and wineries will be restricted in Los Angeles County, beginning Wednesday at 10 p.m.

“To reduce the possibility for crowding and the potential for exposures in settings where people are not wearing their face coverings, restaurants, breweries, wineries and bars will only be able to offer take-out, drive thru, and delivery services,” the county’s public health department said in a news release posted on its website.

The statement added that in Los Angeles County, the country’s most populous with 10 million people, there are 1,401 COVID patients currently hospitalized, and 26% of them are in intensive care. Hospitalizations rose by 35% over the last week.

Drivers caravaned from around Oregon to the Capitol in Salem on Saturday, calling on Gov. Kate Brown to “stop the pause” regarding restrictions spurred by COVID-19.

More than 100 people, most of whom were not wearing masks, gathered Saturday afternoon in 41-degree weather, with hot coffee in hand, holding signs with phrases such as, “Mask = Muzzle,” “Stuff your mandate” and “We will not comply.” Some held American, Trump or “Don’t tread on me” flags on either side of the street as cars drove by.

Brown ordered a two-week “freeze” earlier this month to slow the spread of the virus. The statewide restrictions run from Nov. 18 through Dec. 2 and include Thanksgiving. They limit restaurants to take-out only; close gyms, museums and outdoor recreational facilities; limit capacity at stores; and limit social get-togethers even in private homes. 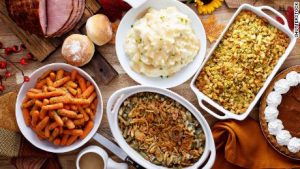 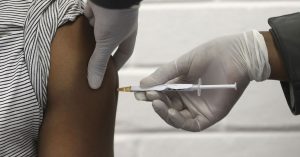 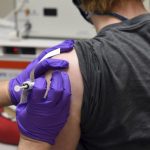 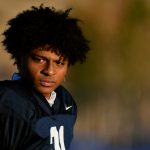 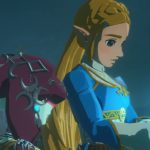