Coronavirus Is Proving Some in the Us Like Soviet-Style Governance 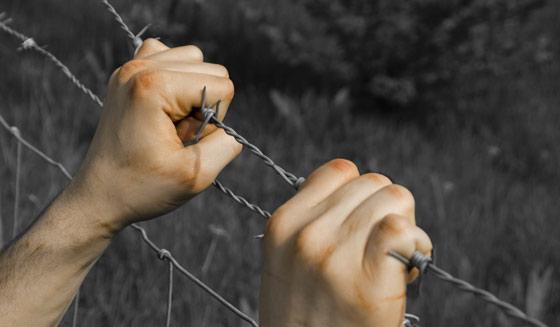 If you introduced honesty into politics the entire system would collapse…

It doesn’t seem to matter how tyrannical the powers-that-shouldn’t-be get. Some people, in the face of freedom, will always choose slavery and the illusion of safety.  It’s sad to think human beings are willing to live their lives in such a perpetual state of fear that they end up giving up their birthright to masters.

In an article titled “Coronavirus is Proven Some in the U.S Like Soviet-Style Governance,” by The Washington Times, much nicer terms are used than “slavery.” But “Soviet-Style governance” is the very definition of slavery. A lot of humans around the globe have opened their eyes to what government has always been (power, consolidated, and corrupted. After all, it only took 6 years for the U.S. government to violate the basic human rights listed in the  Constitution that they wrote to “keep us safe” from them), yet some think they need more chains and restrictions. If you give up power, in any amount, don’t expect to get it back. Ever. Which is why we could be seeing the beginning of the end of government.  It won’t take many more to wake up to eliminate the ruling class by disobeying.

I have been doing my best to not give in to the fear. Freedom is far too important to give in to the ruling class’ insistence that I live my life afraid of others and some virus that they continually lie about. At the same time, information needs to get out, people need to be informed, and some things are going to come across as negative. The intention is to make sure we all know what’s going on so preparations can be made and we can stand up to this before it’s too late.  No matter what, someone will be offended or upset, but as I said before, the truth doesn’t care about your feelings.

Others, however, are all too happy to take the side of tyranny. Maybe they think if they are good little slaves and obey the master, the virus can’t get them.  Maybe they actually believe they “authorities” care about them. It’s tough to say.  But they are falling quickly into the minority, and for that, we can all be grateful.𝚝𝚑𝚎𝚢 𝚌𝚊𝚕𝚕 𝚖𝚎 𝚍𝚛. 𝚕𝚘𝚟𝚒𝚍-𝟷𝟿✔@BecketAdams

https://twitter.com/HarrisCoJudge/status/1256955387066101760 …Harris County Judge✔@HarrisCoJudgeSee a restaurant at full capacity? Businesses open that shouldn’t be? Help us save lives. If you see violations of Governor Abbott’s order, please report them at:
http://bit.ly/Covidform1 8412:44 PM – May 3, 2020Twitter Ads info and privacy20 people are talking about this

The truth is that we must take power back from anyone who has it and never give it away again.  Never be under any illusions again.  That means, once power is ours, we don’t allow another person to control us.  Ever.  And yes, that goes for cops, and the military, all the way up to the globalists who are pulling the strings.

While it’s true that some people will always bow when commanded and always follow orders, most have actually gotten up off their knees and realized this world has a control structure in place designed to keep them complacent.  When we stand together against the order followers, it’s becoming apparent that we outnumber them by a good amount, and we can end this slavery for good.

You cannot hold down something that was always meant to be free forever. The most you can do is create fear and use psych ops to enslave minds. Those who are free will always be because their mind belongs to themselves, and that’s what the establishment and the elite globalists fear the most.

While The Washington Times is correct, that the “Coronavirus is Proven Some in the U.S Like Soviet-Style Governance,” the coronavirus scamdemic has also proven that a lot of people will not be enslaved and will live their lives freely and as the sovereign beings they were always meant to be.

Now It All Makes Perfect Sense, Bill Gates, Trump, and the New World Order Pukes Have Pulled off the Unthinkable and Hell on Earth Has to Begin, It Gets Un-godly Going Forward, The Mark Of The Beast Is In-Play, “Vaccination With Microchip”

If all goes according to plan, Gates plans to hold the world hostage until everyone – or at least everyone who wants to return back to a “normal” way of living – agrees to whatever he declares as the “remedy” for this coronavirus, which he’s already indicated will include mandatory vaccination and microchip.

The vaccines that Gates is planning to introduce will come with so-called quantum dot tattoos, a type of small microchip that will have to be inserted underneath the skin in order to function.

Much like – if not the embodiment of – the Mark of the Beast spoken about in the book of Revelation, Gates’ digital microchip vaccinations will be required for all people who want to open back up their businesses and participate in society. They’ll also likely store the “digital dollar” cryptocurrency that was included as part of the stimulus bill recently signed by President Trump.

The World Is In Big Trouble, for Those That Believe We Will Go Back to Some Sense of Normal Life Here on Earth, You Will Be Sadly Disappointed, Seven and Half Years of Hell on Earth Which Began January 1, 2020

My job is protecting children. It has taken me from big cities to rural outposts, from ghettos to penthouses, and from courtrooms, into demonic battlefields. But whatever the venue, the truth remains constant: Some humans intentionally hurt children. They commit unspeakable acts—for their pleasure, their profit, or both. 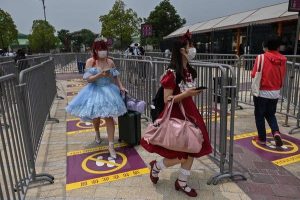 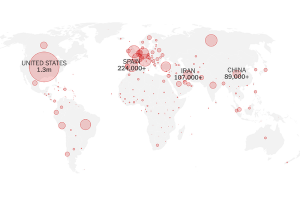