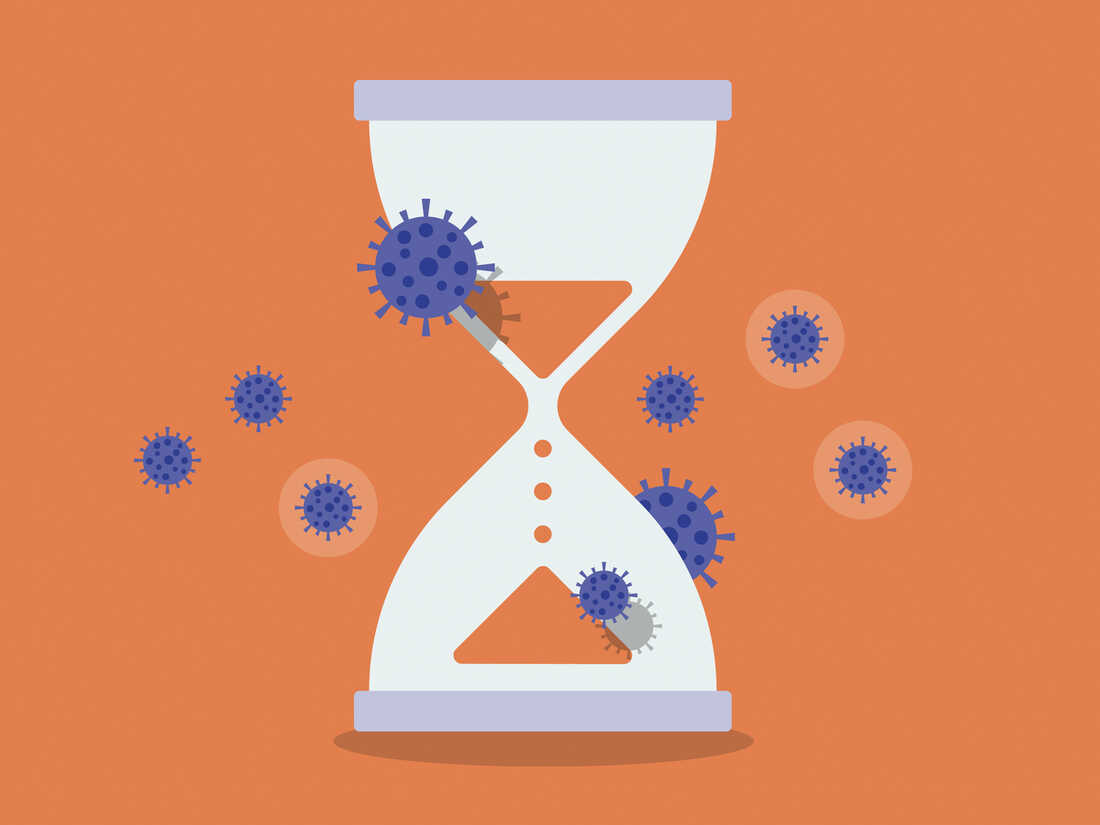 Each week, we answer frequently asked questions about life during the coronavirus crisis. If you have a question you’d like us to consider for a future post, email us at [email protected] with the subject line: “Weekly Coronavirus Questions.” See an archive of our FAQs here.

One of the most frightening aspects of COVID-19 now seems to be the potential that symptoms could linger after an infection. What is my risk of having long COVID if I become infected? And does being vaccinated change that?

Over the past year, there’s been a flurry of research published about long COVID. Dozens of these studies try to estimate the risk of having lingering symptoms months after a COVID infection.

But when you look closely at the data, a huge inconsistency emerges: The estimates of the prevalence of long COVID range wildly, from less than 5% to nearly 60% of total COVID cases. So what’s going on?

“It can be really confusing, even to scientists,” says Christina Pagel, who directs the Clinical Operational Research Unit at University College of London.

One of the major problems is with this term “long COVID.” What scientists, doctors and the media have been calling “long COVID” isn’t just one disease or disorder. “It’s looking like what has been grouped together as ‘long COVID’ is actually two or three different groups of disorders,” Pagel says.

Each one of those disorders may have a particular set of symptoms and causes. Some affect populations differently than others, or linger for a different period of time.

Severe illness puts you at high risk of long COVID

Many of the early studies focused primarily on people who have been hospitalized with COVID. “Obviously, these people will have more severe illnesses,” says geriatrician Dr. Claire Steves at King’s College London. Some people spend time in the ICU or on a ventilator.

With this severe illness comes a high risk of organ damage, either due to the virus itself or the body’s response to fight it. “Some people may have respiratory scarring and a kind of fibrosis that comes from having had inflammation in the lungs,” she says.

This tissue damage and inflammation can cause a whole host of lingering symptoms, including a fast heart rate, severe fatigue, breathing problems and cognitive problems.

And organ damage can take a long time to heal, no matter the cause of it. In fact, whenever a person is critically ill in the hospital, symptoms can linger, says primary care doctor and bioethicist Dr. Zackary Berger at Johns Hopkins University.

“It’s well known that people take a long time to recover after a critical illness,” Berger says. “So I think it’s not surprising that people who end up in the ICU would take longer to recover.”

Studies have found that for people hospitalized with COVID, the risk of lingering symptoms six months after COVID is quite high, around 50%, Steves says.

Mild or moderate illness can cut the risk considerably

Many news reports have suggested that the risk of getting long COVID after a mild or moderate infection appears similar to the risk after a severe case. Indeed, some studies have found that up to 60% of people report one or more lingering symptoms six months after catching SARS-CoV-2, including fatigue, brain fog, difficulty breathing, chest pain, coughing, joint and muscle pain, abdominal symptoms, headaches and anxiety or depression.

But many of these studies are missing what’s known as a control group. That is, they don’t take into account that these symptoms may be common in people who haven’t had COVID — or who have had other kinds of infections. In other words, scientists aren’t sure whether these symptoms are linked specifically to COVID, or are typical for recovery from many infectious diseases that no one has paid attention to.

“There’s this belief that you have an infectious disease, you get your treatment for it and you’re finished with it. You go back to work and you’re fine,” Berger says. “But for a lot of people, being sick isn’t like that.”

Take, for instance, a bout of pneumonia caused by bacteria. Antibiotics can end the infection. But then many people endure symptoms weeks later. “Half of the people have problems breathing a month after pneumonia,” Berger says. “That’s a lot of people, right?

“Plenty of people have lingering symptoms after infectious diseases,” Berger says. “I think that’s something we need to realize.”

Thus, another type of “long COVID” may be people who take longer to recover from an infection, whether it’s the flu, pneumonia or COVID. In other words, there may have been “long flu,” or “long pneumonia,” all along, but it simply went unappreciated.

COVID is likely a new trigger for post-viral syndromes

There’s growing evidence that SARS-CoV-2 can sometimes trigger several post-viral syndromes, or diseases known to occur after an infection. These include a chronic fatigue syndrome, also called ME/CFS, and a blood circulation disorder, called postural orthostatic tachycardia syndrome, or POTS.

For example, one study, which included 130 patients hospitalized with COVID, found that 13% of them met the criteria for ME/CFS six months after their diagnosis.

Dr. Peter Rowe at Johns Hopkins University has evidence that mild illness can also trigger this disease. “We have a small sample size, but in those [patients] in whom function remains impaired [six months] after COVID-19 infection … all have met criteria for ME/CFS,” he wrote in an email to NPR. “I am referring here to the patients who have prolonged symptoms after mild COVID infections, not the hospitalized group, or those with organ damage after more severe acute COVID-19.”

More than 2 million Americans will be affected

So after you take into account these other causes of so-called “long COVID,” what’s left is possibly a disorder that’s specific to SARS-CoV-2. “There’s no standard definition for this syndrome yet,” says infectious disease epidemiologist Ira Longini at the University of Florida. “It’s a collection of symptoms, including shortness of breath, brain fog, fatigue, but also an issue with one particular organ or tissue, such as the heart or brain.”

This disorder could be tied to the virus invading an organ or tissue and persisting there, or some lingering inflammation left over from the body fighting off the virus, Longini says.

It’s not known yet exactly what percentage of people will have this collection of symptoms months after COVID, but Steves at King’s College London says her analyses indicate the risk is much lower in people who weren’t hospitalized in the U.K.

She says the Office of National Statistics in the U.K. has the best estimate, right now, for the prevalence of these long COVID symptoms in this population. That data includes self-reporting from more than a million people with positive COVID diagnoses.

“Generally speaking, in the whole population, that data show that the rate of long COVID, more than 12 weeks after an infection, is just under 5% of people,” Steves says.

Given the enormous number of COVID cases in the U.S. (and around the world), even a rate of 5% means that more than 2 million Americans (and nearly 13 million people globally) will be affected by this specific cluster of COVID symptoms for at least several months (and even more will struggle with other post-viral problems).

Luckily, Steves says, the percentage of people who have these lingering COVID symptoms drops off drastically a year after the infection. “There are definitely individuals who still have symptoms for more than a year, even up to 18 months now,” she says. “But there’s a very small percentage of those individuals. Gradually most people are getting better. I see that in my clinic.”

Still though, because so many people are affected, health care workers need to be on the lookout for signs of any type of long COVID — and keep an open mind about it, says Dr. Paddy Ssentongo, an epidemiologist at Pennsylvania State University. “Doctors have to listen to the patient. They tell you what’s happening to them. They don’t make up symptoms. Patients know best what’s going on with their bodies.”

How to cut your risk of long COVID

The best way to reduce your risk of any type of long COVID is to reduce your risk of getting a severe case of COVID. And to do that, Steves says, being vaccinated is at the top of the list. She and her colleagues have found that being vaccinated with two doses cuts the risk in half for having the COVID-specific cluster of symptoms after an infection.

But the overall effect of the vaccine on your risk of any kind of long COVID is much greater, says Longini at the University of Florida. “The vaccine reduces the probability of an infection with illness by maybe 70%. So overall, the reduction in long COVID among vaccinated people is more like 80 or 90%.

“That just shows you the power of the COVID-19 vaccines,” he adds. They protect not just against acute disease but also the various types of chronic illnesses associated with SARS-CoV-2. 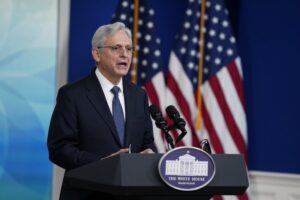 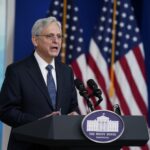 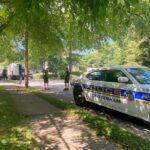 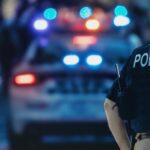 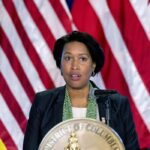