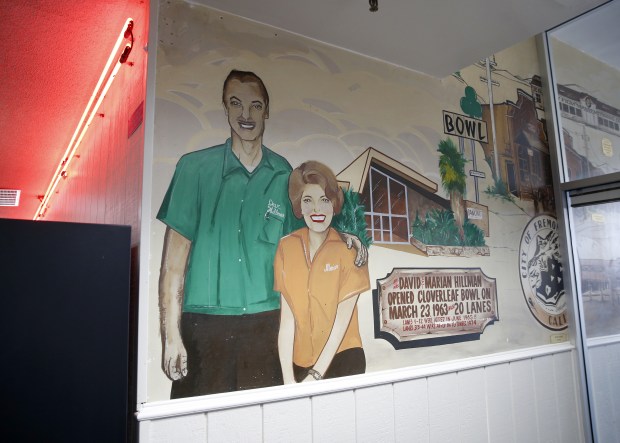 CLICK HERE if you’re having a problem viewing the photos on a mobile device.

FREMONT — For generations of families, Cloverleaf Family Bowl was the place to celebrate birthdays, play in the arcade, and of course, to bowl.

But now that the iconic alley is shuttered for good — another casualty of the coronavirus pandemic — local bowlers and the families who have run it for decades feel like the rug was pulled out early.

Though Cloverleaf may have only had a few years left on the clock, as the prospect of housing development loomed over the bowling center property in the city’s Irvington district, the closure of the last remaining bowling alley in the Tri-City area and Hayward still stung.

“We closed down at the end of business on March 15 on that Sunday night and we thought we’d be down for a couple weeks. Never in your wildest imagination did you think we’d never open again,” Hillman said, while speaking from Cloverleaf, where he has spent much of his life.

The bowling alley opened in 1959, just three years after the city of Fremont incorporated, and Hillman’s grandparents David and Marian Hillman bought and expanded it in 1963. His family has run it continuously, and since the 1980s, Fremont resident Jim Chambers has co-owned the business with the Hillmans.

“It’s almost like, if you can imagine that you lose a family member, and you didn’t get to say goodbye,” Hillman said of the closure.

FREMONT, CA – JULY 28: Co-owner Mike Hillman’s grandparents David and Marian Hillman are seen in a mural at the Cloverleaf Family Bowl in Fremont, Calif., on Tuesday, July 28, 2020. The bowling alley, which he co-owns with Jim Chambers, has been open since 1959 and his family has owned it since 1963. It’s closing for good due to the coronavirus pandemic. (Jane Tyska/Bay Area News Group)

Hillman’s Friday post on Facebook announcing the closure drew nearly 600 comments and was shared about 1,700 times across the social network, as people wrote about their fond memories of time spent at the alley bowling, meeting with friends, drinking at the bar, and singing karaoke.

With bills for rent, utilities, and insurance stacking up for about five months while the business was closed due to government safety regulations aimed at limiting the spread of the deadly virus, the costs became too great to bear, Hillman and Chambers said.

Complicating matters, the families only have about three years left on their lease, and it’s unclear when the state will allow bowling centers to resume operating, so a government disaster relief loans to sustain the business in the short term isn’t a viable option, Chambers said.

The bowling alley sits on an eight-acre plot of land along with a shopping center that is owned by a limited partnership group associated with A&C Ventures, based in Sonoma.

SG Ellison, the president of A&C, told this news organization previously he would not extend the bowling alley’s lease after it expires in 2023, as the property is being considered for redevelopment with housing and retail.

“If we would’ve had like 10 years left, I would’ve done the disaster loan,” Chambers said.

“It just hurts to see it go,” said Mary Scott, 89, of Fremont. “We’ve been bowling there since the beginning of time,” she said.

Scott has bowled regularly at Cloverleaf since the early 1960s, she said, starting in a weekday morning “Housewife League,” and for decades after with her husband Jack, and family and friends.

Scott went down to Cloverleaf on Monday to pick up her bowling ball from her locker.

“I’m 89, my husband is 90, and we can still knock the pins down. And it’s just so sad, because there are so few things we can do at our age and that’s number one for us, and we get great pleasure out of it, and they’re always so nice to the seniors down there,” she said.

Chambers, Hillman, and others lamented the loss of senior leagues as well as the alley’s expansive youth bowling programs.

Fremont resident Jim Mars, 71, the tournament director for the Asian American Bowling Association, has been bowling at Cloverleaf since 1990.

“It would’ve been nice if they could have finished out the three years remaining and then have a big old party, and then we’re done,” Mars said. “But because of the situation we’re all in, it’s just really sad.”

He said Cloverleaf was one of the best-run centers among a dwindling number remaining in the Northern California region, and described Chambers and Hillman as the “friendliest” owners.

“Where the hell am I going to bowl now?,” he said.

FREMONT, CA – JULY 28: A view of the Cloverleaf Family Bowl is seen in Fremont, Calif., on Tuesday, July 28, 2020. The bowling alley, which has been open since 1959, is closing for good due to the coronavirus pandemic. (Jane Tyska/Bay Area News Group)

In 2018, development plans submitted to Fremont by William Lyon Homes included the demolition of the Cloverleaf building, which sparked community outcry, and calls for the city to try and save the business, as well as the historic building.

Thousands signed an online petition asking to protect Cloverleaf, and supporters packed a city council meeting in September 2018. Though the council ultimately decided to push for the unique building’s eligibility for the local historic register, which could have spared it from a future wrecking ball, it stopped short of helping to preserve the business.

The alleyway, with its angular, futuristic Googie architectural elements, is a familiar visual landmark to locals, and is “significantly associated with the post-incorporation identity of Fremont and the formation of its cultural heritage in the post-incorporation period,” a city consultant report said in 2018.

More recent plans submitted by a different developer, Taylor Morrison, called for the Cloverleaf building to be left intact with the rest of the property developed into 120 apartments, 74 condominiums, and about 24,500 square feet of retail space, including two five-story buildings along Fremont Boulevard, according to city planner Mark Hungerford.

As for Chambers, “the people,” is what he’ll miss the most.

“My employees, and the people, the bowlers. I got to go in every day. That’s what I did. I’d go in and talk to everybody, up and down the lanes. I’ll miss that big time,” Chambers said.

“This is my life, my kids’ life, Hillman said. “After all these years, it’s hard to imagine not having people here bowling.” 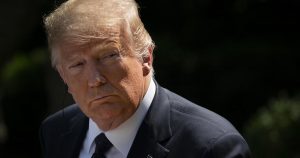 Not at my home: Protestors demanding ‘release all prisoners’ arrested at California governor’s house