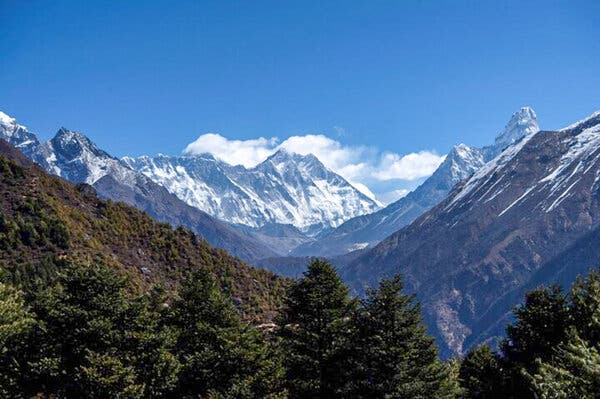 Nepal, desperate for tourist money, says it has taken steps to prevent a coronavirus outbreak, including social distancing at base camp and evacuation plans in case Covid-19 flares up.

KATHMANDU, Nepal — Mark Pattison played wide receiver for three National Football League teams in the 1980s. Now he wants to fulfill another dream: to climb all seven of the world’s highest peaks, including Mount Everest.

To prepare, Mr. Pattison, 59, packed weatherproof outerwear, polarized goggles and ice crampons. But he is climbing Mount Everest in the midst of a global pandemic. He has supplemented his usual gear with face masks, gloves and sanitizer. He took out extra insurance to pay for a rescue if Covid-19 strikes.

The coronavirus is resurging in South Asia, but Mr. Pattison is undaunted. “I wanted to be there,” he said, “in Nepal, this spring, at any cost.”

Nepal has reopened Mount Everest and its seven other 26,200-foot-plus peaks in the hope of a mountain-climbing rebound. The tiny Himalayan country was forced to close trails last year, dealing its economy a devastating blow. For this year’s climbing season, from March to May, Nepal has granted more than 300 climbers the licenses needed to ascend Mount Everest. Many of those climbers hope to reach the summit, 5.5 miles above sea level.

The pandemic has made the already deadly climb — traffic on Mount Everest contributed to 11 deaths in 2019 — even more hazardous. Local officials have instituted testing, mask and social-distancing requirements, stationed medical personnel at the Mount Everest Base Camp and made plans to swoop in and pick up infected climbers. Climbers are typically greeted in Kathmandu with raucous parties thrown by expedition staffers. But not this year.

“No party. No handshake. No hug. Just ‘Namaste,’” said Lakpa Sherpa, whose agency is taking 19 climbers to Everest this spring, referring to the South Asian greeting.

Mr. Pattison’s expedition group and others will set off this week toward base camp. The climbing season has drawn some high-profile mountaineers, including a Bahraini prince with a large entourage and a Qatari who wants to be the first woman from her nation to make the climb.

Nepalese officials have set new pandemic-era requirements for them. At the airport in Kathmandu, the capital, incoming travelers must show negative RT-PCR test results or provide vaccination certificates. Climbers initially had to get additional insurance, adding to the average $50,000 price tag to climb Everest, though the government has loosened that requirement.

Still, tourism ministry officials and expedition agencies acknowledge that Nepal has no clear plan to test or isolate climbers if one tests positive for the virus.

“We have no other options,” said Rudra Singh Tamang, the head of Nepal’s tourism department. “We need to save the mountaineering economy.”

Expedition companies have been advised to isolate anyone with symptoms and to ensure that paying climbers and staff members are tested before setting out, said Mr. Tamang.

Among those heading to base camp this week is Adriana Brownlee, a British national who dropped out of Bath University to pursue a career climbing the world’s toughest peaks. She said Nepal appeared safe compared to her home country, but also that the risk was worth it for the Nepalis and for climbers.

“They need that support from the climbing community,” she said. “It’s good for the climbers as well, just for the sake of their mental health. They depend on this and I also do.”

Ms. Brownlee, 20, said she was “going absolutely nuts” during lockdown with her parents last year in London. She trained for Everest by running up and down the stairs with a heavy backpack for two hours daily.

“If I couldn’t climb this year,” she said, “I’d probably be depressed at home.”

Nepal, one of the poorest countries in Asia, is taking a calculated risk. In 2019, tourism brought in $2 billion in revenue and employed about a million people. For tens of thousands of Nepalis, the three-month climbing season is the only opportunity for paid work.

The damage from last year’s closure was immense. At least 1.5 million people in the country of 30 million lost jobs or substantial income during the pandemic, according to Nepal’s National Planning Commission.

Porters who usually cart supplies and gear up the peaks for well-paying foreign climbers were forced to subsist on government handouts of rice and lentils. Expert expedition guides, many of whom are members of Nepal’s Sherpa tribe, returned to their villages in the remote mountains and grew potatoes to survive.

Some believe the misery was even worse than the numbers suggest. “Tourism contribution can’t be evaluated just from a G.D.P. perspective,” said Shankar Prasad Sharma, a former vice chairman of the commission.

In January, with the disease seemingly in retreat in South Asia, the government decided to relax restrictions on foreign entry and reopen access to the world’s most famous peak.

That new wave has also crimped Nepal’s ability to vaccinate its people. Desperate to meet its own needs, the Indian government has delayed exports of Indian-made doses of the Oxford-AstraZeneca vaccine. Nepal was forced to suspend its vaccination program before a donation of 800,000 doses from China, its other giant neighbor, allowed it to resume. Still, it won’t be able to administer a second regimen to the 1.7 million who already received a first dose of the AstraZeneca vaccine.

Despite potential problems, the climbing season kicked off at the end of March, after the first expedition left Kathmandu. From there, climbers travel by plane to Lukla, the town that serves as the starting point for the 10-day trek to base camp. Once at camp, they spend weeks there acclimating to the altitude and waiting for a window of clear weather to attempt the summit.

Sandro Gromen-Hayes, a filmmaker who documented a British Army expedition of Everest in 2017, said Thamel, the area of Kathmandu popular with broke backpackers, was quieter this year.

“It was swarmed with trekkers and climbers and stoners and everything in between,” he said of his previous visit. “Now Thamel is much quieter.”

Mr. Gromen-Hayes, 31, came to Nepal from Pakistan, where he filmed an expedition on K2, the world’s second highest peak, which is known because of its ferocious winds as “the savage mountain.” Usually bereft of climbers in winter, it saw dozens of top mountaineers who had been cooped up for months in virus lockdowns and then flocked to K2 in December to make an attempt.

Mr. Gromen-Hayes said he had been hooked onto the same rope as three climbers who were killed when bad weather forced an early end to their expedition.

Among the climbing community, “I don’t think a lot of people are concerned about the corona angle,” he said.

Some climbers, like Mr. Pattison, the former N.F.L. player, said they were drawn to Mount Everest this year because they assumed it would be less crowded. But Nepal expects more climbers to apply for licenses beyond the more than 300 who have already, said Mira Acharya, the director of Nepal’s tourism department.

Mr. Pattison plans to trek in surgical gloves and gown, trading in his face mask for an oxygen mask only when he begins the arduous climb from base camp to the peak.

The record books are motivating Mr. Pattison. He has already climbed the six other peaks on the other continents. Should he climb Mt. Everest, he will be the oldest N.F.L. player to have surmounted the Seven Summits, as the peaks are known, and the first to climb Everest and then clamber up neighboring Lhotse, at 27,940 feet the world’s fourth-highest peak, within 24 hours.

“I’ve been at this for nine years,” Mr. Pattison said. Despite the pandemic, he added, “I’m ready to go.” 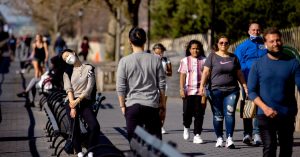 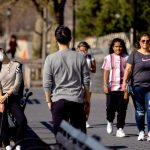 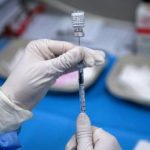 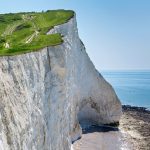 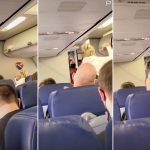