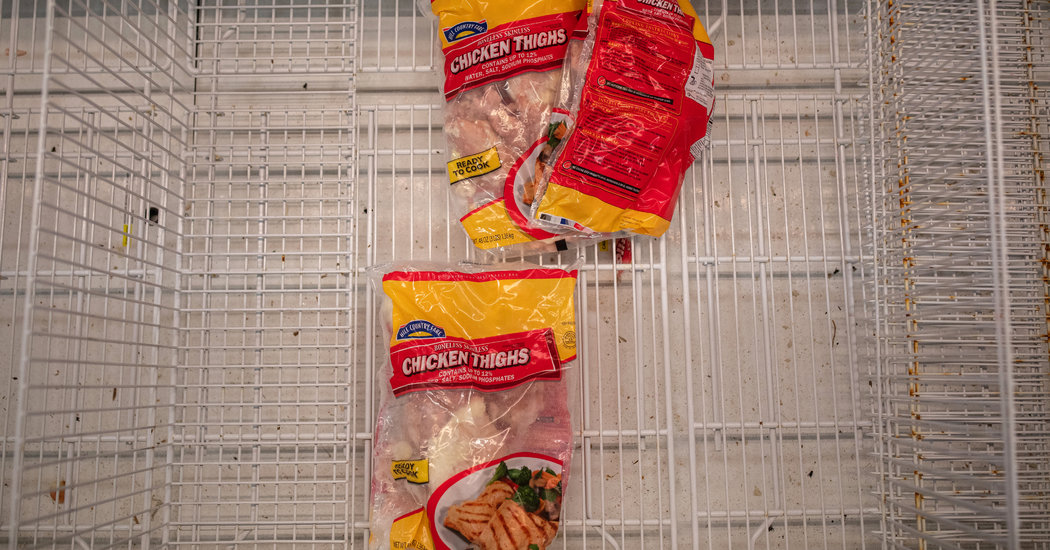 A chicken processing company based in Delaware killed nearly 2 million chickens this month after many of its workers were sidelined by illness or quarantine orders related to the coronavirus, industry officials said.

The action by Allen Harim Foods was the latest example of how food processors are being affected by the coronavirus, which is keeping workers away because of illness or quarantine. Meat processors, dairy farmers and vegetable growers have shuttered plants or dumped products at a time when many Americans are lining up at food banks or facing scarcity at supermarkets.

Delmarva Poultry Industry Inc., which represents plants on the Delmarva Peninsula, a 170-mile-long strip of land shared by Delaware, Maryland and Virginia, announced the plans in a memo to its members on April 9, saying the plant was one of many facing difficulties in meeting production targets.

“Because of reduced attendance, meat processing companies may need to make the difficult choice to humanely depopulate animals on farms instead of transporting them to plants with reduced processing capacity,” Holly Porter, the executive director of the organization, said in a statement on Tuesday.

“One chicken company on Delmarva took this step earlier this month,” she said.

There are 1,325 growers and five chicken processing companies on the Delmarva Peninsula that operate a total of 10 processing plants.

Michele Minton, the director of live operations for Allen Harim Foods, told growers in a letter on April 8 that it would be forced to start depopulating chickens on April 10.

Worker attendance was at 50 percent, meaning the company was no longer able to harvest the amount of birds needed to meet targets, Ms. Minton said in the letter, which was published by The News Journal of Wilmington, Del., and other local news organizations. She and other company officials could not be reached for comment.

The news of the Delmarva chicken killings, which The Baltimore Sun reported last week, has highlighted the strains on the food supply chain in the United States as the virus undermines staffing, either through illness or isolation orders.

As workers get sick, plants and producers are casting around for solutions. Beef and pork processors have closed their plants. Farmers are dumping excess dairy products and plowing unharvested vegetables back into fields or compost.

“This is just total waste to me,” Gov. Andrew M. Cuomo of New York said at a news briefing on Monday, announcing that the state would purchase dairy products from farmers who had lost important customers as schools, restaurants and hotels have been shuttered.

John Tyson, the chairman of Tyson Foods, one of the nation’s largest meat processing companies, said illnesses and shutdowns were posing new challenges, and depopulating was one of the symptoms. .

“Farmers across the nation simply will not have anywhere to sell their livestock to be processed, when they could have fed the nation,” Mr. Tyson said in a statement that was published in national newspapers, including The New York Times, over the weekend.

“Millions of animals — chickens, pigs and cattle — will be depopulated because of the closure of our processing facilities,” he said. “The food supply chain is breaking.”

In March, the National Chicken Council said it was not seeing any disruptions in production and that there were ample amounts of surplus chicken in cold storage.

But nationwide, individual companies are grasping for solutions. Sanderson Farms, a Mississippi-based chicken processor, has explored putting its reduced staff to work packing chicken, but skipping the labor-intensive process of dividing the birds.

Delaware’s agriculture secretary, Michael T. Scuse, said in a news release last month that the state’s poultry processing industry had a “vital part” in upholding the food supply chain in the United States. He said it must remain functioning at full capacity, and he encouraged workers “to give extraordinary effort in these challenging times.”

In her email on Tuesday, Ms. Porter, the executive director of the trade organization, said all of Delmarva’s chicken processing plants were open and producing chicken, although many were not operating at full capacity.

Allen Harim has also pivoted to other methods to move products. For weeks, it has been organizing drive-by chicken sales at fire stations and at the Delaware International Speedway, according to fliers posted on the company’s Facebook pages and the Delmarva Poultry Farmers Network Facebook group.

Charles Cathell, the president of the US 13 Dragway, which includes part of the speedway, watched as tractor-trailers pulled up on Saturday with cases of chicken parts. Cars had lined up before 6 a.m., he said on Monday. Allen Harim workers, wearing masks, took orders through cracked car windows. The cases were loaded into vehicle trunks at the end of the drag strip.

Mr. Cathell said Allen Harim had contacted the speedway, wanting to sell at sites other than fire stations. “They did it the last couple of weeks with the help not able to show up,” he said. “We just thought if we could do a small part, it could help.” 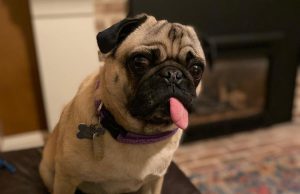 Dog is apparently first in U.S. to test positive for the coronavirus 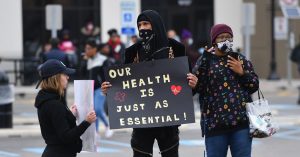 Call Them the Wildcat Strikes of the Coronavirus Era