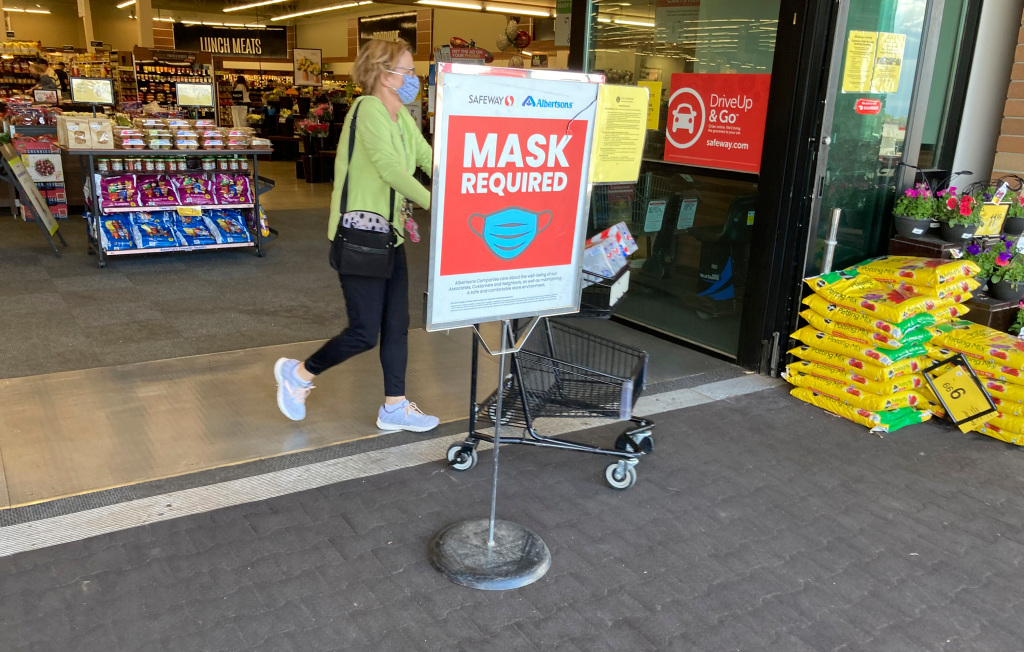 The Centers for Disease Control and Prevention recommended Tuesday that vaccinated people wear masks in indoor public places in counties with “high” or “substantial” spread of COVID-19 — which includes the majority of Colorado.

The CDC defines substantial transmission as 50 or more cases per 100,000 people over the last week. About 60% of U.S. counties are above that threshold, officials said.

According to the CDC’s data tracker, 38 Colorado counties have that level of spread. State data shows a few more places could be affected, with 41 counties having case rates at least that high as of Monday afternoon.

In general, counties on the Front Range and in the western half of the state were more likely to meet the mask threshold than those on the Eastern Plains, but no region was entirely free of hotspots.

The CDC’s data shows most of the Denver area as below the cutoff, with masks only recommended in Adams and Douglas counties. The state’s numbers tell a different story, with all metro counties except Boulder recording enough cases to meet the mask threshold.

Of course, there’s nothing magical about 50 cases per 100,000 people, versus 49. And how dangerous a location is will depend on whether everyone else there is vaccinated, how well-ventilated it is and whether people are doing a high-risk activity, like singing or breathing heavily as they work out.

The CDC also recommended that all staff, students and visitors in K-12 schools wear masks as they return this fall. Most Denver metro school districts have not said whether they’ll require masks in the upcoming school year, though Aurora Public Schools will require unvaccinated teachers to wear masks.

The recommendations aren’t binding, though states and counties could issue their own public health orders.

Jefferson County Public Health released a statement saying it would wait for full guidance from the CDC and the Colorado Department of Public Health and Environment before reviewing its own guidelines. Currently, the health agency recommends that unvaccinated teachers and students wear masks when they return to class.

“Given that the more transmissible delta variant is widely circulating in our state, we support mask-wearing as a precaution for anyone in indoor public spaces regardless of vaccination status,” the statement said.

The new guidance follows recent decisions in Los Angeles and St. Louis to revert to indoor mask mandates amid a spike in COVID-19 cases and hospitalizations that have been especially bad in the South. The country is averaging more than 57,000 cases a day and 24,000 COVID-19 hospitalizations — wiping out more than two months’ worth of progress against the virus.

Proposals to mandate vaccinations also seemed to be gaining steam. On Tuesday, President Joe Biden said his administration was considering requiring all federal workers to get vaccinated. A day earlier, the Department of Veterans Affairs announced it would require its health care workers receive the vaccine. New York City and the state of California also recently announced public employees would have to get the vaccine or submit to weekly testing.

Dr. Rochelle Walensky, director of the CDC, said in a news conference Tuesday that new data shows vaccinated people who get infected by the delta variant carry as much of the virus as unvaccinated people, according to The New York Times. Delta also may cause more “breakthrough” infections than previous versions of the virus, though the majority of infections are in people who aren’t fully vaccinated.

The “viral load” a person carries isn’t the only factor in how contagious they may be, but finding high numbers in vaccinated people raises the possibility that they could unwittingly spread the virus, even if they don’t become ill themselves.

The findings are “concerning enough that we feel like we have to act,” Walensky said.

Data from Israel and the United Kingdom shows the Pfizer vaccine is highly effective in preventing serious illness from the delta variant, but studies on how well it prevents mild or asymptomatic infections are more mixed.

Recent studies from Israel found it could lower the odds of any infection as much as 64% or as little as 39%. Less data is available on the Moderna and Johnson & Johnson vaccines, because they weren’t used in countries that were hit by the delta variant earlier than the United States.

In May, the CDC had announced vaccinated people didn’t need to wear masks under most circumstances. The guidance had exempted some crowded indoor settings, like buses, planes, hospitals, prisons and homeless shelters.

A few hoped the carrot of going maskless would encourage skeptics to get vaccinated, but others predicted trouble. Most businesses weren’t inclined to ask customers for proof of vaccination, and unvaccinated people who were tired of wearing masks simply stopped.

“If all the unvaccinated people were responsible and wore mask indoors, we would not be seeing this surge,” said Dr. Ali Khan, a former CDC disease investigator who now is dean of the University of Nebraska’s College of Public Health.

“I don’t think you can effectively walk that back,” he said.

Walensky said she is aware of the criticisms and concerns, and she acknowledged that many Americans are weary of the pandemic and do not want to return to prevention measures. But she said new scientific information forced the decision to change the guidance again.

“This is not something that I took lightly,” she said.

Jessica Seaman and the Associated Press contributed to this report. 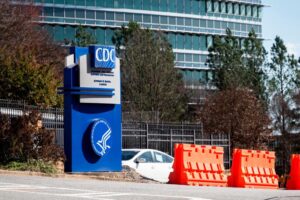 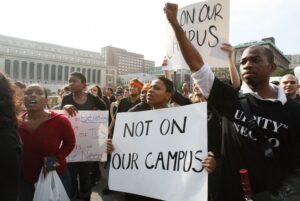 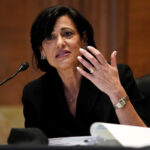 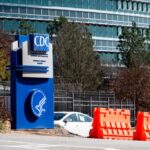 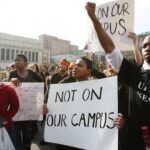 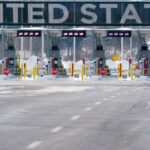