Nina Hemby had tears in her eyes after the final whistle of Sunday’s Long Island Class C field hockey championship.

The Pierson head coach witnessed her team win a Long Island title, the program’s first since 2015.

“We have been here a few times and last year I felt we had a really great team but came up just short,” said Hemby, who is in her third season at the helm. “I wanted it just as much as the girls did, and to see it all come together was very emotional.”

Caroline Canavan scored in the both the first and second quarter, and Eleana Merola tacked on a goal in the third to lead Pierson past Carle Place, 3-0, at Centereach High School.

The two teams met in the Long Island C final for the seventh consecutive season, the previous five ended in Carle Place victories.

Meredith Spolarich assisted on the first and final goal and Merola assisted on the other. Pierson outshot Carle Place 17-2 as the Frogs ended their season with a 6-8 record.

“I have an older sister who grew up in this sport. I’ve seen us lose to Carle Place so many times,” said Spolarich. “It’s been our goal for a while to reach this point, and it feels great to get this win for the players who have come before us.”

The Whalers (7-9) will face Whitney Point in the state semifinals at Centereach on Saturday at noon and are seeking their first state title since 2013.

“I think our passing has improved tremendously from last season,” Spolarich said “Everyone was cutting and anticipating each play before it happened. After falling short last year, it gave the team even more motivation to come back in the fall and win this title.”

“We did our homework and really practiced situations,” Hemby said. “The girls committed it to memory and there was no confusion. We played a very clean and crisp game today.” 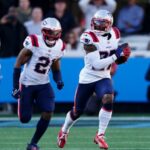