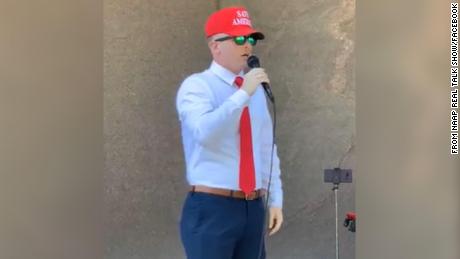 Micajah Jackson has agreed to a plea deal with the Justice Department and will formalize the guilty plea at a court hearing on November 22, his defense attorney Maria Jacob told CNN.
The agreement is similar to other plea deals that prosecutors have reached with rioters that aren’t accused of violence. Jackson could receive up to six months in jail for the single misdemeanor.
Prosecutors say Jackson marched to the Capitol with a cohort of Proud Boys, including the group’s leaders, and was with them when they breached the first barricades outside the building.
He appears to be the first Capitol rioter with ties to the Proud Boys to plead guilty. But his plea deal doesn’t include any requirements to cooperate against the far-right group, his lawyer said. A few dozen people with ties to the Proud Boys have been charged in connection with the riot.
The case received attention due to Jackson’s vitriolic out-of-court comments about January 6, and his appearance at a rally last month in support of Capitol riot defendants. He falsely accused the US government and liberal-leaning groups of orchestrating the attack — embracing false-flag theories that have become popular among GOP lawmakers and in right-wing media.
There were more than a dozen members of the Proud Boys at that rally in Phoenix, which Jackson attended despite orders from a federal judge not to associate with known members of the group. His lawyer previously told CNN that he didn’t know that the Proud Boys would be there, he didn’t have any contact with any Proud Boys at the event, and that he has been complying with the conditions of his release.
The Justice Department has said it will ask judges to give harsher punishments to rioters who double down on conspiracy theories and on militant rhetoric, and this could come into play at Jackson’s sentencing.
Even with that possibility, Jackson uploaded a 21-minute video to YouTube on Friday in which he alleged the US was in the midst of a “political revolution” and a “civil war” against socialism.
“We have a Second Amendment for a reason. And God, we will win this battle,” Jackson said. Sitting on Jackson’s desk was a copy of Unabomber Ted Kaczynski’s “Technological Slavery.”
As part of the plea deal, as is happening in similar cases, the Justice Department will drop the other charges against Jackson. He initially pleaded not guilty to four misdemeanor crimes, including violent entry and disorderly conduct on Capitol grounds. 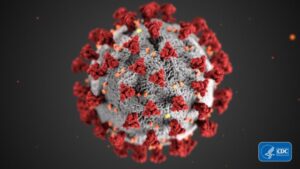