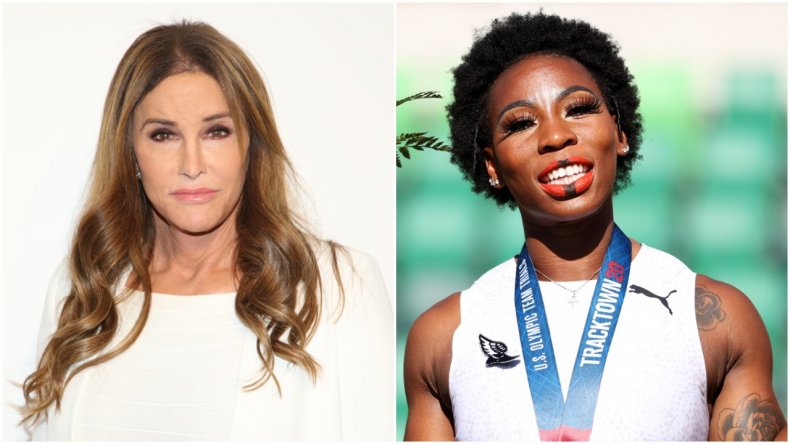 Caitlyn Jenner has hit out at hammer thrower Gwen Berry for turning away from the U.S. flag in protest as the national anthem played at the U.S. Olympic track and field trials.

After receiving a bronze medal at the Olympic trials in Oregon on Saturday and securing her place at this summer’s Tokyo Olympics, Berry staged an impromptu protest as “The Star-Spangled Banner” started playing.

Standing on a podium alongside winner DeAnna Price and silver medallist Brooke Andersen—who both had their hands on their hearts—Berry turned away from the flag to face the stands. And as the anthem came to an end, the athlete, 31, covered her head with a black T-shirt emblazoned with the words “Activist Athlete.”

Berry—who has long spoken out on issues of systemic racism—later said of her anthem protest: “They said they were going to play it before we walked out, then they played it when we were out there. But I don’t really want to talk about the anthem because that’s not important. The anthem doesn’t speak for me. It never has.”

During an appearance on Newsmax’s Greg Kelly Reports, Jenner hit out at Berry’s actions, after host Eric Bolling asked her for her thoughts on the matter.

“Honestly, it’s disgusting,” Jenner, who won the decathlon event at the 1976 Summer Olympics in Montreal, said on Wednesday. “I love this country, I love this state.

“I was the first person ever to put the American flag up at the finish line in 1976 and I’ve very proud of that because I’m proud of my country. I’m proud that my country gave me the opportunity to grow up to be who I am.”

“I don’t like political statements on the podium,” the reality TV star went on. “We shouldn’t do that. This is the greatest gathering of people and countries in the world. Over 200 countries will be at the Olympic Games—there’s 150-something countries in the U.N. And it has such potential for good. Don’t destroy it.”

Jenner, who is running for governor of California, then took a swipe at Berry’s athletic prowess, as she added: “To be honest with you, we don’t have a worry in the world that she’ll be on the podium there, because she got third there.

“The other two girls ahead of her are so much better, and there’s other ones around the world in the hammer throw. So I think that was kind of her last hurrah.”

“The third paragraph speaks to slaves in America, our blood being slain… all over the floor. It’s disrespectful and it does not speak for Black Americans. It’s obvious, there’s no question.”

The third paragraph includes lines such as “Their blood has washed out their foul footsteps’ pollution,” “No refuge could save the hireling and slave,” and “From the terror of flight, or the gloom of the grave.”

The third paragraph of the anthem was often omitted from sheet music publications in the 20th century.

Despite Berry’s statement about the timing of the anthem being played at the trials, USA Track and Field spokeswoman Susan Hazzard said on Saturday that “the national anthem was scheduled to play at 5:20 p.m.”

“We didn’t wait until the athletes were on the podium for the hammer throw awards. The national anthem is played every day according to a previously published schedule,” Hazzard said in a statement.

In 2019, Berry was sanctioned after she raised her fist on the podium after winning gold at the Pan-Am Games. Ultimately, the U.S. Olympic and Paralympic Committee (USOPC) committed to not punishing athletes who raise their fists or kneel at the trials or in Tokyo.

Newsweek has contacted the United States Olympic and Paralympic Committee for comment. 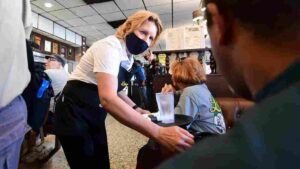 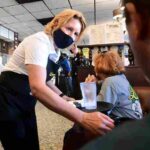 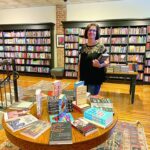 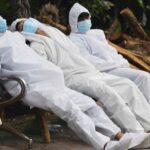 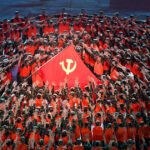