Broadway actor Nick Cordero woke from a medically induced coma Tuesday weeks after doctors amputated his leg as part of his coronavirus treatment.

Cordero’s wife, Amanda Kloots, announced his updated condition on Instagram just a day after sharing that the Tony-nominated actor was making progress by following doctor’s commands. Kloots, a fitness instructor, shared the news in a video with the couple’s infant son, Elvis.

“Dada is awake, he is awake guys. I asked the doctor today, ‘Can we say he’s awake?’” Kloots said. “He is awake. It’s just that Nick is so weak right now that even opening his eyes, closing his eyes, takes out, like, all of his energy.”

In a following Instagram story Kloots explained that the ability to follow commands is a sign of his mental cognizance returning, though it will still be a long road to recovery.

Kloots first shared her husband’s illness on April 1 and has shared his continued medical struggles through Instagram. He’s been in the intensive care unit for more than 40 days after arriving at the emergency room in late March.

Cordero, 41, had his leg amputated on April 18 at Cedars Sinai Medical Center in Los Angeles after he struggled with blood clots while on a ventilator. He has also had a number of other complications, including two miniature strokes, septic shock and a fungus in his lungs, according to Kloots.

Kloots said in an update over the weekend that she is unsure how Cordero contracted the coronavirus and that he had no pre-existing conditions.

“This disease does not only effect old people,” Kloots said. ”This is real. A perfectly healthy 41-year-old man! 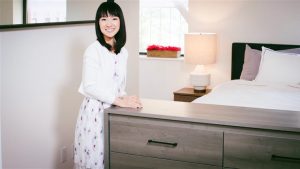 How coronavirus helped me finally get organized 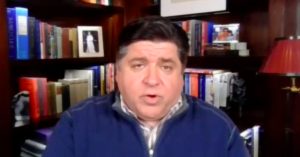 144 more die in Illinois from COVID-19 as fatalities top 3,600 and state hits record for new cases