Two Gwinnett County, Georgia parents were arrested tonight at a school board meeting. One mother was reportedly arrested for not wearing a face mask and apparently violating a ban from the premises after previously refusing a face mask, and another mother was arrested after she reportedly carried scissors through a newly installed metal detector.

National File spoke to Holly Terei of Gwinnett County Parents for Quality Education, who captured the arrests on video, showing police shove Kirkle around the room as they place her in handcuffs for refusing to wear a face mask, then after realizing she had previously been banned from the public building.

Last month, Kirkle caused the entire school board meeting to adjourn when she discarded her face mask. She was banned from the building where meetings are held as a result, and reportedly attended the meeting tonight with the goal of providing legal paperwork to one of the attorneys representing Gwinnett County Public Schools. Instead, Kirkle was arrested.

As Kirkle was being arrested, explained Terei, police discovered scissors in the Stewart’s bag and promptly arrested her. Terei’s recording device was focused on Kirkle’s arrest, and the arrest of Stewart is only partially captured.

BREAKING EXCLUSIVE: Two Georgia mothers were arrested tonight while trying to attend a school board meeting in Gwinnett County.

One was apparently arrested for not wearing a face mask, and the other after she carried a pair of scissors through a metal detector. pic.twitter.com/hQU4v0K0tF

Terei confirmed that Kirkle’s husband attended the event, is aware of the arrest, and is attempting to bond his wife out of jail. Stewart’s husband was informed of the arrest, but Terei expressed concern that Gwinnett County may claim the scissors in her purse were a weapon and thus pursue more serious charges.

Terei stressed that none of the parents knew metal detectors had been installed at the building, and noted that the devices are not in use in public schools despite the district being the 9th largest in the nation. Terei also told National File that four other parents, including a father and three mothers, were escorted out of the building but not arrested.

When asked whether she believes this was provoked by Joe Biden’s decision to weaponize the Department of Justice and FBI against concerned parents, Terei agreed.

On his campaign website, Everton Blair – the first openly gay man in his position – notes that he “Served in the Obama administration as a Policy and Advocacy Fellow at the White House Initiative on Educational Excellence for African Americans.”

National File attempted to contact the Gwinnett County Sheriff’s Department to confirm the arrests and charges of Kirkle and Stewart but did not receive a response in time for publication.

The Biden regime was recently asked by the National School Boards Association (NSBA) to use domestic terrorism laws including the PATRIOT Act to stop concerned parents from attending school board meetings. The Biden administration signaled its assent, and it has since been alleged it had signaled the NSBA to write its letter urging action. Since then, several state school board associations have ended their participation in the NSBA, and the organization has since apologized.

Joe Biden’s administration has reportedly started to walk back its heavy handed approach against parents who are upset about Critical Race Theory, face masks in schools, transgender bathrooms, and a host of other issues, especially following the Democrats’ devastating defeat in Virginia. In that race, Republican Governor-elect Glenn Youngkin made opposition to Critical Race Theory and politicized school boards a central part of his campaign platform.

This is a breaking news article and may be updated with new information as it becomes available. 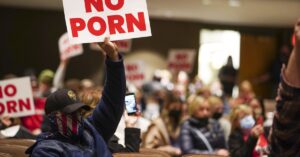 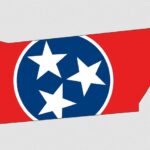 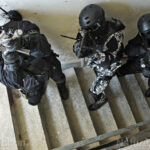 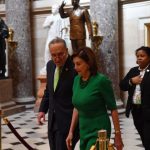