BREAKING: Training Officer Testifies Chauvin Did Not Use A “Choke Hold”

Meanwhile, brother Philonise Floyd and attorney Ben Crump held another press conference where they raised their fists in the air as supporters outside the Hennepin courthouse fence cheered them on.

The day’s proceedings kicked off with Sgt. Ker Yang, the department’s crisis intervention training coordinator. He was the seventh police official who is currently or formerly Minneapolis police officers to testify on behalf of the prosecution. That included Chief Medaria Arradondo.

Yang coordinates with civilian mental health professionals to train officers who encounter people in crisis situations, such as mental health issues. Yang, who was never directly asked about Chauvin’s actions, discussed ideal practices in dealing with people in crisis, or a situation “beyond a person’s coping mechanism.” That can also include people under the influence of drugs and alcohol or suffering from anxiety.

Yang said he trains officers to “bring them back down.”

“When it is safe and feasible, we shall de-escalate,” Yang said, adding that the model for crisis intervention employs “useful” and “practical” tactics that focus on “voice, neutrality, respect, and trust.”

Lt. Johnny Mercil who oversees the Minneapolis Police Department’s use-of-force training, testified that Chauvin’s use of his knee on  Floyd’s neck is not a part of their training.

According to him, there are two specific neck restraints allowed on a subject: one that renders a suspect unconscious to counter “active aggression” or one that does keep someone conscious while offering the lesser “active resistance.”

He talked about “red zones,” like the head and neck, where injury could include serious bodily injury or death.

Mercil was shown a photo from the Darnella viral video and then asked whether placing a knee on a neck is part of department training.

“No, sir,” the lieutenant said. While he did acknowledge department policy does not explicitly forbid such an act, he added that this position should stop once a suspect is handcuffed and under control.

During cross-examination, defense attorney Eric Nelson shared four still images over a five-minute span from Officer Thomas Lane’s body camera. In some images, it looked like Chauvin’s knee was on his neck and in others, Floyd’s shoulder area. Mercil agreed.

After viewing those photos, Nelson asked Mercil, “Does this appear to be a neck restraint?” He responded with a “no.”

Mercil stated on the record that Chauvin did not use a choke hold on Floyd.

Nelson also asked whether Mercil has ever experienced suspects who make excuses to try to avoid jail. The lieutenant said he’s had those experiences. Consider that in May 2019, Floyd also pleaded with officers, bringing up his mama and saying “please.” Could he have played the victim to elicit sympathy, a song and dance he’s played before?

While pinned on the pavement, Floyd was asked by police if he was on anything. He said “no.” During his arrest, he was also asked how he can talk while at the same time be unable to breathe, a question that hinted at Floyd being deceptive.

Nicole MacKenzie, the department’s medical support coordinator and first aid educator of officers, started the afternoon session, also on behalf of the prosecution.

MacKenzie disagreed with the assertion that just because you can talk doesn’t mean you can breathe.

“There is a possibility somebody could be in respiratory distress and still be able to verbalize it. Just because they’re speaking doesn’t mean they’re breathing adequately.”

Prosecutor Steve Schleicher asked MacKenzie whether officers are trained to go ahead with CPR before an ambulance arrives. She said yes.

When it was Nelson’s turn he established that police officers should ensure that a scene is safe before rendering aid. This is a theme the defense attorney has visited numerous times since his opening statement at the start of last week.

Nelson also asked whether agonal breathing — or involuntary gasps sometimes made by people under cardiac arrest — could be confused as regular breathing. She confirmed that as well.

MacKenzie also acknowledged that chaotic scenes contribute to a first responder’s ability to provide aid,  which has been a theme in the defense. Nelson has referenced chaotic bystanders.

“… If you don’t feel safe around you, if you don’t have enough resources, it’s very difficult to focus on the one thing in front of you.”

Nelson asked: “Does it make it more likely that you may miss signs that a patient is experiencing something?”

“The distraction can harm the potential care of the patient?” Nelson inquired.

Schleicher came back and asked her whether a crowd of agitated onlookers excuses a police officer from rendering aid.

“Only if they were physically getting themselves involved,” MacKenzie said. The bystanders on the scene did indeed grow increasingly louder in their pleadings with the officers.

MacKenzie also runs the training on NARCAN, which is given when opiates are suspected. She said that they are given about one our of training on “excited delirium.”

She said that no two cases of excited delirium look the same, and that it’s often associated with taking drugs.

Incidentally, the American Medical Association does not recognize excited delirium. Why are MPD officers being trained on something many doctors don’t believe exists and when every incident is different? A doctor on Monday described the condition as controversial.

She also said the presence of excited delirium, which “can include the inability to feel pain,” was difficult to predict.

The doctor from HCMC said ED was controversial and observed nor was he aware of any reported case by the paramedics.

Chauvin’s attorney is going to subpoena MPD officer Nicole MacKenzie to testify again (likely about excited delirium) when he is presenting his case for the defense, likely next Tuesday. 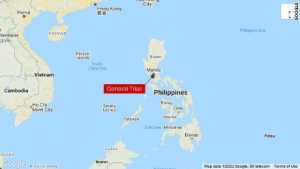 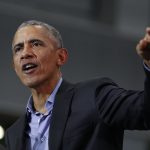 Had Obama Not Played the Race Card, George Floyd Might Be Alive 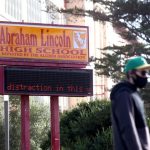 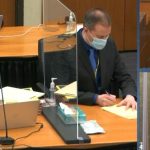