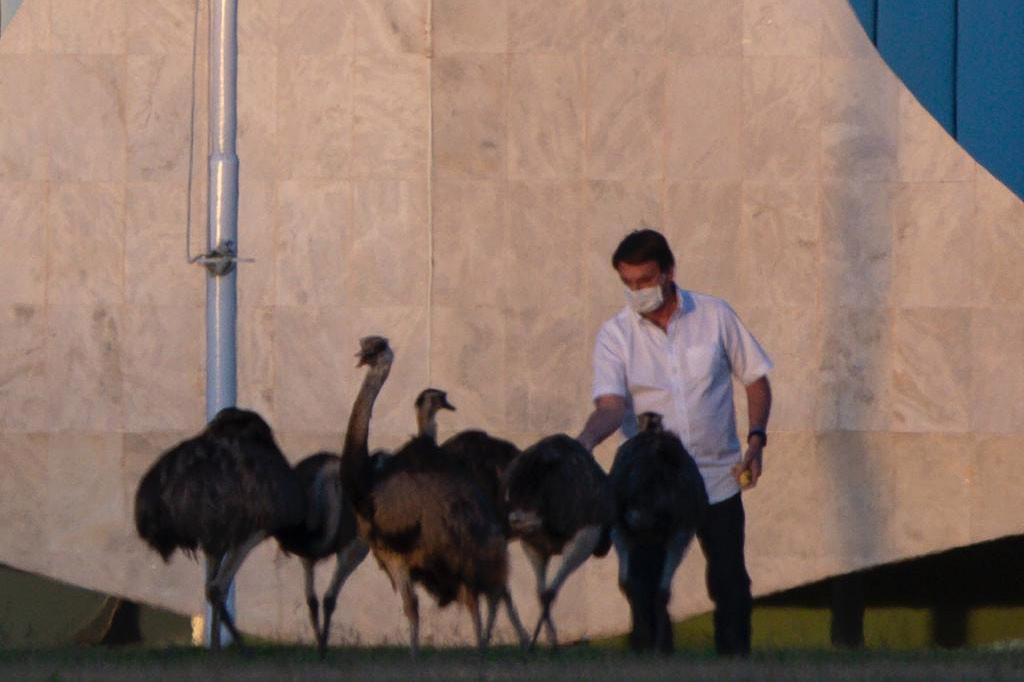 Following his diagnosis with the coronavirus last week, Brazillian president Jair Bolsonaro complained of his “horrible” self-isolation during an interview Monday — and was then promptly bitten by a large bird in full view of his country’s press corps.

“I can’t stand this routine of staying at home. It’s horrible,” the president said in a telephone interview with CNN Brasil on Monday. Bolsonaro added that he felt “very well” and said he expected to get back to work tomorrow if he feels better.

Brazilian media also reported that Bolsonaro was bitten by a large emu-like bird, called a rhea, during a walk outside his residence.

He was feeding a group of the animals when the ornery avian took a peck at his outstretched hand. Pictures shared on Twitter show the leader shaking his hand in pain following the incident.

Brazil is currently the second worst-hit country by the coronavirus, after the United States, with 1.8 million confirmed cases and over 72,000 deaths. 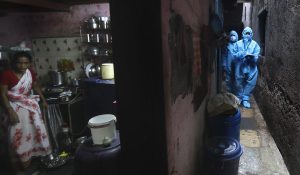 The Latest: India reimposes lockdown as cases near 1 million