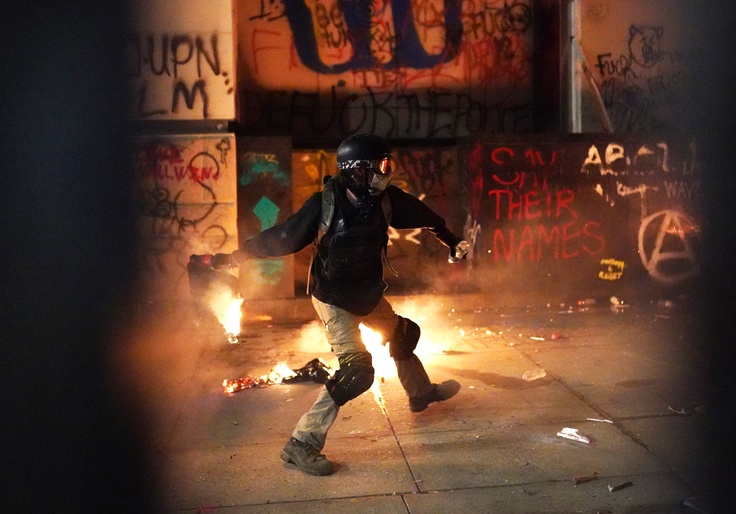 While mainstream media outlets have tried to paint Portland’s protests as “mostly peaceful,” local black leaders have criticized demonstrators for destroying private and public property in the city—actions that they say distract from the call for racial justice.

“To see people standing in Portland destroying property and not actually doing the work of advocating for black people was disturbing,” Dixon told the New York Times. “I think they’re a distraction from the everyday needs of people of color, especially black people. My life is not going to improve because you broke the glass at the Louis Vuitton store.”

Rioters have attacked the Mark O. Hatfield U.S. Courthouse for two months, launching fireworks at the building and breaking windows. They’ve also targeted local police stations and businesses throughout the city. According to the Portland Business Alliance, 90 downtown businesses lost more than $22 million—$4 million in property damage and $18 million in lost revenue—in the first month of protests alone.

E.D. Mondainé, president of the Portland branch of the NAACP, called the city’s riots a “spectacle” in a recent Washington Post op-ed.

“Unfortunately, ‘spectacle’ is now the best way to describe Portland’s protests. Vandalizing government buildings and hurling projectiles at law enforcement draw attention—but how do these actions stop police from killing black people?” Mondainé said. “This might ease the consciences of white, affluent women who have previously been silent in the face of black oppression, but it’s fair to ask: Are they really furthering the cause of justice, or is this another example of white co-optation?”

This summer’s protests in Portland and across the country were sparked by the death of George Floyd in police custody earlier this year. 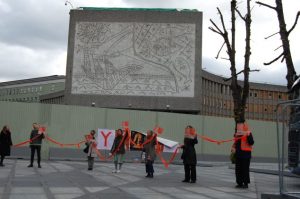 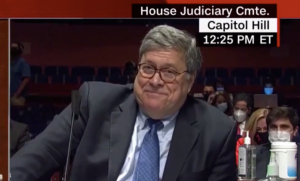 BEASTMODE: Barr ‘Not Sure’ Congress Would Defend Capitol From Rioters