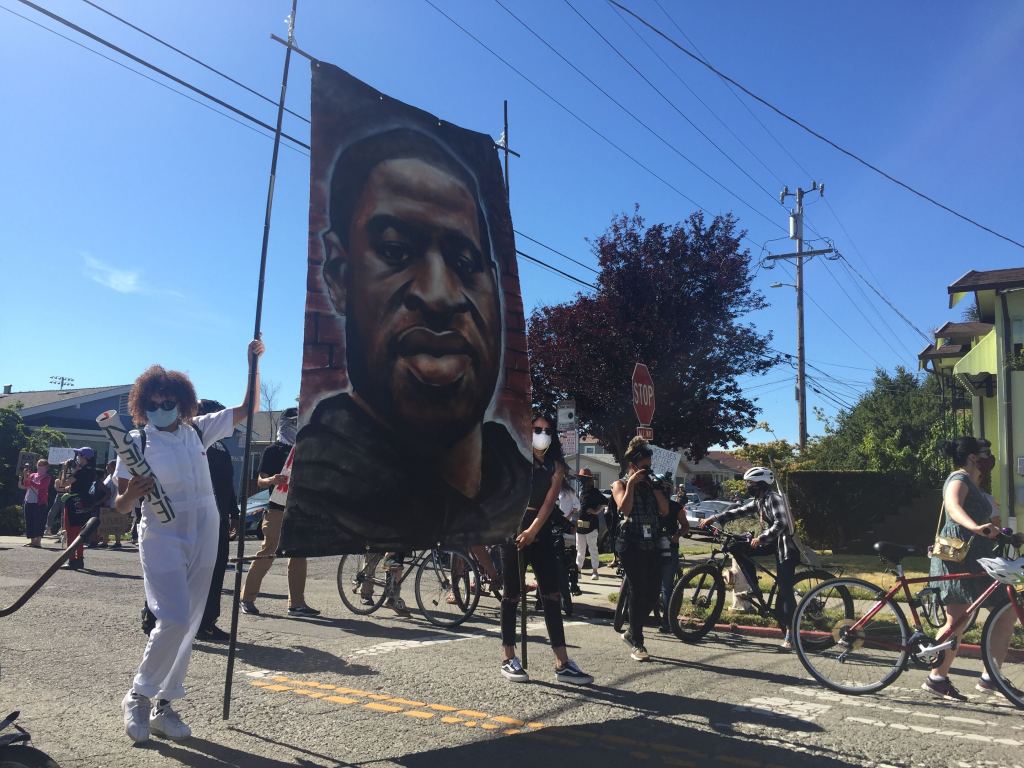 Hundreds gathered in Berkeley Tuesday afternoon to protest police brutality and racism as demonstrations continue in the Bay Area and nationwide more than two weeks after a George Floyd, a black man, was killed by a Minneapolis police officer.

At San Pablo Park, banners and posters waved high but spirits were even higher, with a Brazilian-style bloco band pounding out counterrhythms and swaying in near-unison.

One march co-organizer, Hadassah Zenor-Davis, 16, seemed astonished at the hundreds of people who filled the intersection Tuesday afternoon west of San Pablo Park.

Zenor-Davis, a Berkeley High School junior, said she was looking forward to much more than her senior year.

“We’re really trying to get our message out there. Both our criminal justice system and our school system have not been set up for black youth,” she said. “We want to shed light on that, and show how similar the two systems really are, and change that.”

She made clear that the issue of racism in education was larger and deeper than an afternoon’s effort to raise visibility, saying it goes well beyond Berkeley Unified School District.

Surrounded by masked young people and adults doing what they could to respect each other’s presence and the need for distance, Zenor-Davis said she’s been protesting each day, but noted that organizing her own event took a lot of work.

The 16-year-old practically beamed when asked about the makeup of the crowd around her.

“This isn’t just black kids. I feel unity. I feel like this isn’t just my fight, like other people want to see the same results I want to see, directly related to this. I feel a real big sense of community right now. I’m very proud of my community for coming out: different races, ethnicities.”

Others are expected to gather in San Jose later Tuesday evening to honor Floyd with a memorial service, mirroring his funeral earlier in the day in Houston. 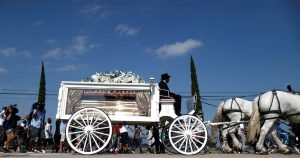 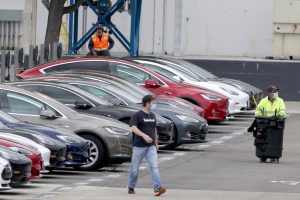