Austin ICUs could be overrun in 10 days amid Texas coronavirus spike, mayor says 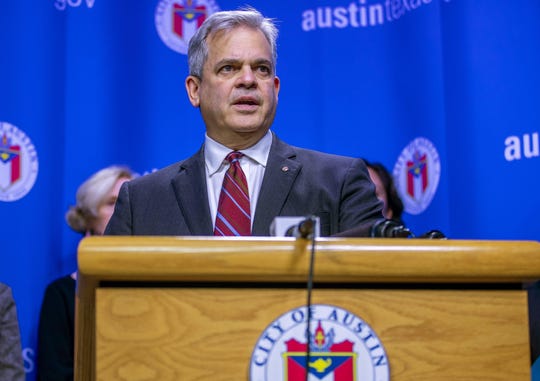 A change in how Houston area hospitals report intensive care unit capacity during the coronavirus pandemic has drawn criticism from the top two locally elected officials who question if the medical facilities are being fully transparent. (July 2) AP Domestic

AUSTIN, Texas – Austin-area intensive-care units are in danger of being overrun in the next 10 days to two weeks if the number of people admitted to the hospital for coronavirus continues its current pace, the city’s mayor said Sunday.

“Hopefully we will see that trajectory slow and we will know whether or not that happens this week,” Austin Mayor Steve Adler told the Austin American-Statesman of the USA TODAY Network.

The Austin area has about 1,500 hospital beds for coronavirus. It had 434 people hospitalized in those beds on Saturday night, Adler said.

Figures for Sunday were not yet available.

Austin Mayor Steve Adler, seen here at a COVID-19 briefing at City Hall on March 6, says he is worried that a recent spike in coronavirus cases will overwhelm local hospitals. (Photo: [RICARDO B. BRAZZIELL/AMERICAN-STATESMAN])

Health officials recorded 64 new hospital admissions for COVID-19 on Saturday, continuing a troubling upward trend. The seven-day average number of new hospitalizations was up to 61.7, inching the city closer to Stage 5, when the virus poses the highest risk to populations with existing health issues and compromised immunity.

But guidelines under Stage 5 include recommending that all residents avoid gatherings outside of your household and allowing only essential businesses to stay open.

Reopening policies could be slowed

Travis County, where Austin is located, has reported a total of 11,131 confirmed coronavirus cases as of Saturday night, including 8,275 recoveries and 136 deaths.

The county reported 122 new confirmed cases of coronavirus on Saturday but that was an incomplete number because of a lack of enough staff available to do the counting during the July 4 holiday, Adler said.

Travis County’s rolling seven-day average of new known coronavirus cases was 472.3 as of Saturday night, according to figures from the city.

If the escalation in coronavirus cases doesn’t stop, then authorities will have to consider “whether or not to pull back from the reopening of the economy,” Adler said. He would not detail what further restrictions could be or when they might be made but he said there will be a briefing about the situation at the Austin City Council’s meeting on Thursday.

“Everything is being looked at now,” the mayor said He later added that he had observed around Austin that more people were wearing masks.

“We still have a ways to go,” said Adler. “There still seems to be pockets of people that seem to be ignoring their responsibility to help keep others safe.”

Adler wouldn’t say where he had seen people not wearing masks.

“I want people to put on masks and pay attention to social distancing,” he said. “It’s the best thing we can do to give the opening of the economy the best chance possible to protect people and their lives, and also to give schools the best chance of being able to open up in the fall.”

On Sunday, Texas reported 3,449 new cases – a significant drop from Saturday’s record number of 8,258 new cases, but reporting also may have been affected by holiday staffing.

The state also reported 29 new fatalities, bringing the death toll during the pandemic to 2,637 among 195,239 confirmed cases.

Abbott’s mask order requires Texans in counties with more than 20 positive coronavirus cases to wear masks in public spaces. The order allows only a handful of exceptions, including for children younger than 10 or while consuming food and drink, swimming, exercising outdoors or sitting at a restaurant.

Adler followed suit with his own proclamation that prohibits gatherings of more than 10 people in Austin. The order expires Aug. 15, a few days before the school year begins for the Austin school district.

The city of Austin also closed all their parks and swimming pools indefinitely on Thursday because of the rising number of coronavirus cases.

More: FDA commissioner refuses to comment on Trump’s claim that 99 percent of coronavirus cases are ‘harmless’ 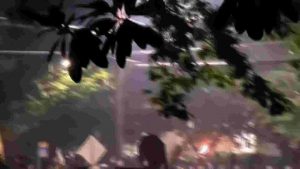