As racism protests roil US, Florida revisits dark past 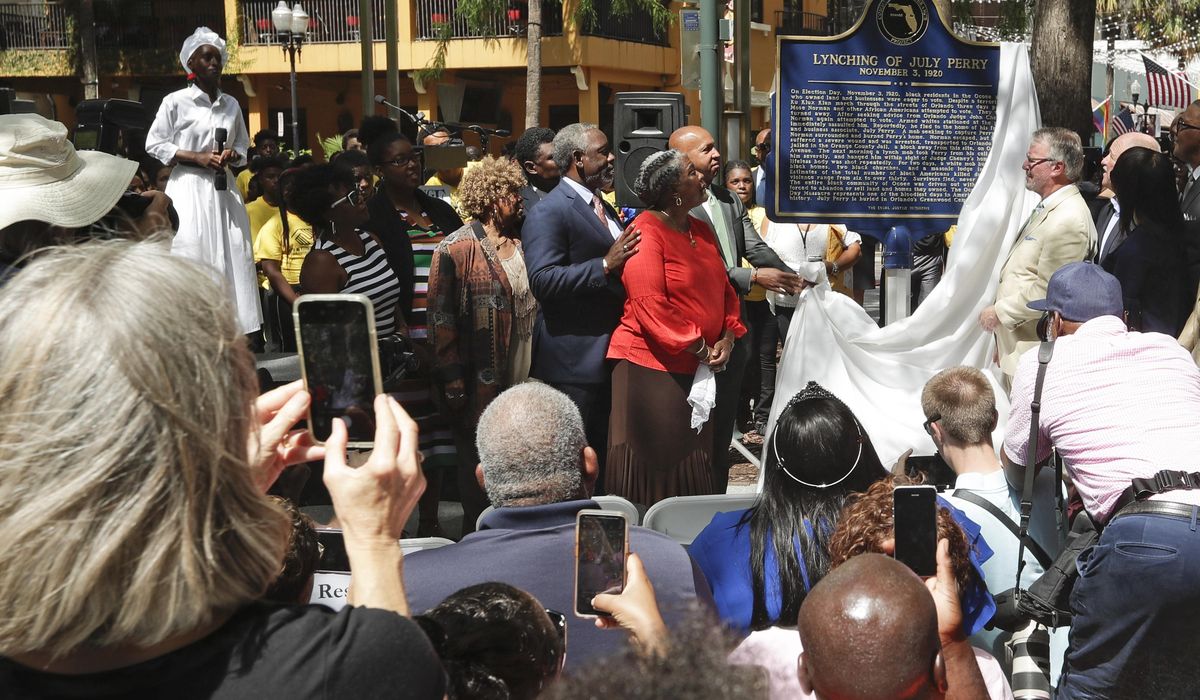 TALLAHASSEE, Fla. (AP) – On Election Day a century ago, a white mob swept through a tiny Florida citrus town after a black man showed up at the polls to vote. Over two days of terror, the mob set fire to homes and drove black residents from their community.

It was one of the bloodiest days in American political history, with the number of deaths remaining in question – some estimates as high as 60.

That dark episode, until recently largely forgotten, came to be known as the 1920 Ocoee Election Day Riots. Others remember it as a massacre, one of the many acts of racial violence perpetrated against black citizens over the decades.

As the centennial approaches, Florida Gov. Ron DeSantis has before him a bill that would require schools to do more to highlight the day in their history classes. If signed by the governor, it would order state officials to identify parks, buildings and other facilities that could be renamed in honor of those who died because of the racial hatred that welled up on that day in the tiny community west of Orlando.

State Sen. Randolph Bracy, whose district includes Ocoee, urged the governor to give his blessings to the measure as a way to bring attention to the racial strife not only in the state’s past but also to acknowledge the ongoing tumult spawned by recent police brutality against black people.

“Florida is known for its beautiful beaches and as a vacation destination, but a century ago, and even long after that, Florida was a terrible place to be if you were a black person,” Bracy said.

Before that fateful Election Day on Nov. 2, 1920, the Ku Klux Klan had marched through nearby Orlando to scare the black population away from the polls.

When Mose Norman, an affluent black man, showed up in Ocoee to vote, he was turned away because precinct workers said he hadn’t paid his poll tax. Undeterred, he returned – only to be forced out again by a group of whites.

“He had the audacity to vote, and to organize the black community to vote,” Bracy said. “And that was too much for white people to handle.”

Soon, a mob went after Norman. When they came upon the home of another affluent black man, Julius “July” Perry, gunfire erupted and Perry was lynched. Violence and flames soon engulfed the community of about 850 people – more than a fourth of them black.

The number of casualties has been difficult to pin down because of a possible cover-up and a scarcity of reliable historical records, according to Paul Ortiz, a history professor at the University of Florida who has written extensively on the massacre.

Like many other race riots, Ortiz said, official records have often undercounted the number of casualties.

Initial newspaper accounts referred to fewer than 10 people killed, including two whites. However, in the aftermath, an investigation by the NAACP said interviews with townspeople suggested between 30 and 60 black people were killed. The NAACP called for an official investigation but none occurred.

The Ocoee massacre was just one of many that engulfed communities across the country during the Jim Crow era. The better-known Tulsa Massacre, considered one of the country’s deadliest race riots, broke out just months after Ocoee.

In 1923, the predominantly African American town of Rosewood, Florida, was destroyed by white mobs. The massacre drew widespread attention when it became the subject of a feature film. In 1994, the state of Florida agreed to compensate survivors and their descendants.

Bracy and state Rep. Kamia Brown, both Democrats, wanted similar compensation for descendants of the Ocoee riots but failed to muster support from the Republican-controlled Legislature.

Instead, lawmakers unanimously approved legislation meant to raise awareness about the 1920 riots – the bill now before the governor. The bill also includes a provision that would designates the second week in November as “Holocaust Education Week.”

“It’s really important that people know this history, so that we are able to move forward especially in the climate we have going on in our country,” Brown said.

Over the years, the massacre in Ocoee had become mostly forgotten. A few modest memorials have gone up in recent years.

But the Orange County Regional History Center will commemorate the massacre’s centennial this fall, hoping to foster understanding of the forces that led up to it and the racial tensions that endure decades since.

“We need to tell the story because it shows how far we’ve come today and how far we haven’t, especially in light of recent events,” said Pam Schwartz, the chief curator of the exhibit called “Yesterday, this was home: The Ocoee Massacre of 1920.”

Amid global protests inspired by the police killing of George Floyd, Schwartz hopes the exhibit will provide some historical context for the Black Lives Matter movement and what she called the “racial terror” that still flares up across the United States.

“This is part of a collective history that hearkens back to a century ago,” she said. “Nothing has changed. It just looks different now.” 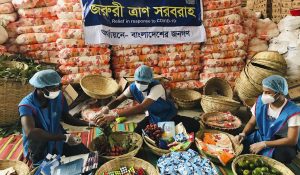