Martha Bernabe was about 16 when her father Antonio told his family one day in 2004 that they were going to Sacramento.

Later that night, the Bernabes boarded a bus, along with dozens of other immigration activists, and arrived at the state Capitol by morning. Everyone was there to rally in support of Assembly Bill 60, a measure that would allow immigrants without legal status to get driver’s licenses in the state.

Assembly members had tried and failed for more than 20 years to pass the bill. Now, Bernabe explained to an enthusiastic crowd, it was their time. He led the group in chants and cheers, then got back on the bus later that evening to return home. He made the trip for years until Gov. Jerry Brown finally signed the bill in 2013.

It was just another day for Bernabe, a legend in Southern California immigrant rights circles for his unwavering advocacy of immigration reform.

“He would tell us there were people in the world willing to fight,” his daughter said. “We were those people and we had to support him and everyone else.”

After more than two decades of organizing, Bernabe died Jan. 20 of COVID-19. He was 60.

“He gave his whole life to helping others who had been through what he had been through,” said California state Sen. Maria Elena Durazo (D-Los Angeles), a longtime labor leader.

“He carried the mission, acted on the mission,” said Angelica Salas, executive director for the Coalition for Humane Immigrant Rights of Los Angeles, where Bernabe worked as director of organizing. “There was always this incredible sense of respect. It means a lot when someone treats you as a human being, who invites you to participate and have a voice and speak your mind.”

Bernabe arrived in Southern California from Guanajuato, Mexico, in 1990, just as California was about to embark on years of legislation, ballot propositions and municipal ordinances designed to crack down on illegal immigration. Settling in the San Fernando Valley, he took on difficult jobs with little pay as a painter and handyman and went to night school to learn English. These long work days ended with blistered hands and torn clothes — and a salary of $40 a day.

Sometimes employers promised they’d swing by his place to pay his wages, but it wouldn’t happen. Finally, Bernabe decided he would no longer be a victim. He had had enough.

Teaching himself labor and immigration law, Bernabe provided counsel to newly arrived migrants. He eventually joined CHIRLA, where he helped immigrants collect millions in unpaid wages and launch projects such as a national hotline for immigrant workers facing abuse.

“He led with such humility, but he was so adamant with organizers that it’s about getting people involved, learning from them, understanding what they have to say and how they could get involved,” Salas said.

But his preferred office was the streets.

He enjoyed walking the Valley’s long boulevards each day to hand out fliers informing laborers of their rights. He helped paint banners and make silkscreen T-shirts for May Day marches. He approached sensitive topics with tact, encouraging immigrant families to make emergency plans for rent, bail and lawyers if a member was deported.

Bernabe ended up organizing, helping or participating in nearly all the major achievements for the immigrants rights movements over the past two decades — among them the 2006 amnesty marches and the 2017 California Values Act, which prevents state and local law enforcement agencies from using resources to assist federal immigration enforcement.

“He was so reliable. I always knew I was going to see him, no matter what the event was. Tony was always going to be there, period,” Durazo said.

Despite his dedication to the movement, Bernabe always made time for family. He felt at peace taking nature walks with his wife. When one of his daughters announced she was becoming a vegan, he was proud that she had discovered her own social justice movement. As a grandfather, he regularly took his grandson to watch Dodger and UCLA football games — and a few rallies, too.

The greatest riches for him, Bernabe told friends, was to have the chance to be with poor people just like him.

“I believe that made the difference,” he said in a video. “Because they would tell me, ‘Tony, you love us.’”

Bernabe is survived by his wife and four children. 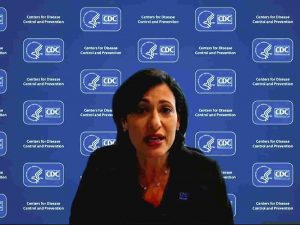