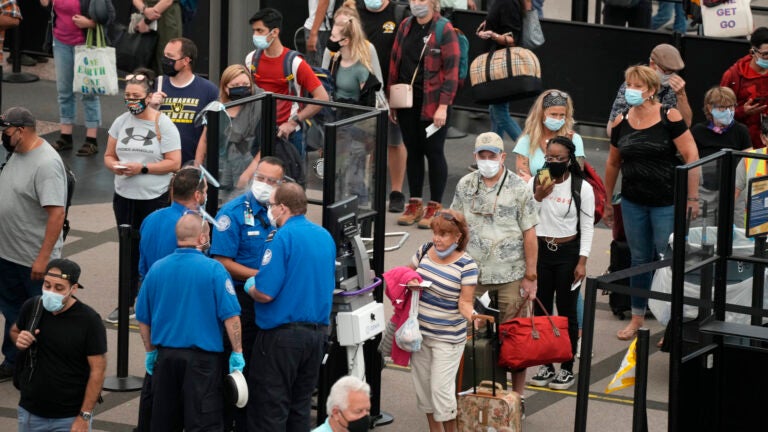 
As the United States prepares to reopen its borders to vaccinated travelers from countries that had previously been subjected to a travel ban, airlines are bracing for an “onslaught of travel all at once,” Delta Air Lines chief executive Ed Bastian said Tuesday.

Airlines will be responsible for verifying travelers’ vaccination statuses. The requirements, according to the White House, include: matching the name and birth date of the traveler to the vaccination record; confirming the record was issued by an “official source” in the country where the vaccine was administered; and ensuring that the traveler has had enough doses and that enough time has elapsed such that the person can be considered fully vaccinated.

The list of extra tasks for the airlines is sure to be a burden – but perhaps a welcome one, as airlines have lost out on revenue from tourists and other travelers who have thus far in the pandemic been unable to come to the United States.

The sudden rush of incoming passengers is “going to be a bit sloppy at first,” Bastian said at a travel conference hosted by the U.S. Travel Association. “There will be lines, unfortunately,” he said.

The U.S. Travel Association, a trade group representing companies in the travel industry, including Delta, welcomed the Biden administration’s plan to welcome more travelers into the United States, saying guidance the White House issued on Monday “provides much-needed clarity” for companies in the travel industry to plan for the deluge of travelers.

Bastian added that to keep up the demand for travel, airlines will need to make it easy for travelers to determine what the requirements and restrictions are. He said that Delta had developed an app to help travelers navigate the slew of rules.

The new regulations for incoming travelers also impact U.S. citizens entering the country. Unvaccinated U.S. citizens, permanent residents or the “small number of excepted unvaccinated foreign nationals” will, as of Nov. 8, need to be tested within one day of departure. Currently, the United States requires a negative coronavirus test taken within three days of departure. The three-day window will remain in place for vaccinated Americans.

Children under 18 will be exempt from the vaccination requirement, as some countries have yet to allow children to get vaccinated. Children ages 2 to 17 will need to show a negative test result for entry – within three days if traveling with a fully vaccinated adult and within one day if traveling alone or with an unvaccinated adult.

The United States will accept people who have been vaccinated with the shots that have been authorized within its own borders – vaccines by Moderna, Pfizer-BioNTech and Johnson & Johnson – as well as vaccines approved for emergency use by the World Health Organization, such as the those developed by AstraZeneca and Oxford University, as well as China’s Sinovac. It will also allow people who have received combinations of such shots. However, Russia’s Sputnik V vaccine won’t be included, as it has yet to be approved by the WHO, which suspended its review of the vaccine over concerns about production practices.

Industry advocates had been pushing the Biden administration for months to lift restrictions, arguing that the United States was lagging behind other countries that had reopened their borders. Although much of Europe was opened to Americans, most Europeans have been unable to travel to the United States.

U.S. travel has rebounded almost to pre-pandemic levels. On Monday, nearly 2 million people passed through security checkpoints operated at U.S. airports, according to data from the Transportation Security Administration. That’s more than double the number of travelers recorded a year prior and about 300,000 less than the same day in 2019. 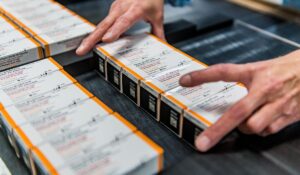 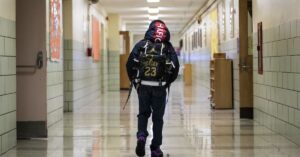