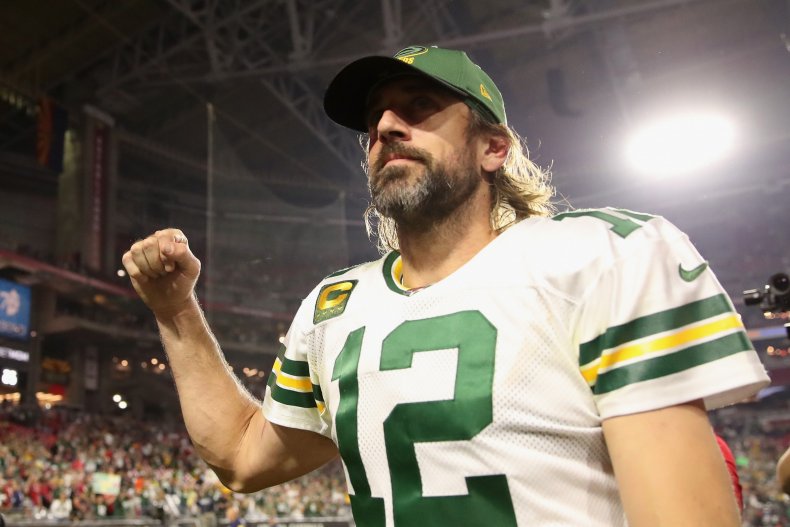 Green Bay Packers quarterback Aaron Rodgers said on Friday that the discussion around the COVID-19 vaccine has become too political and criticized those who changed their stances on the vaccine when President Joe Biden took office.

While appearing on The Pat McAfee Show, Rodgers spoke about his decision to not get vaccinated against the coronavirus and said that the “problem” with discussing the COVID-19 vaccine is because it’s “so political.”

“Health should not be political,” Rodgers said.

During the interview, Rodgers went on to discuss how when former President Donald Trump was in office, people were skeptical of his decision to endorse ivermectin and hydroxychloroquine, instead of receiving the COVID-19 vaccine.

“In general we all should have been a little hesitant,” Rodgers said. “When Trump, in 2020, was championing these vaccines that were coming so quick, what did the left say? And I’m talking about every member of the left. ‘Don’t trust a vaccine, don’t get the vaccine, you’re gonna die from the vaccine.'”

Rodgers continued, “And then what happens? Biden wins and everything flips…isn’t this s*** about health and not about like, politics.”

Earlier this week, the Packers announced that Rodgers was placed on the COVID-19 list after he contracted the virus. Rodgers previously claimed that he was “immunized” but during his recent interview on The Pat McAfee Show, he explained that he is allergic to something in the mRNA (Pfizer and Moderna) vaccines, which has prompted him to find his own treatment plan.

Rodgers also spoke about the Johnson & Johnson COVID-19 vaccine but said he was opposed to receiving it due to some of the previous issues with it causing blood clots.

“I realize I’m in the crosshairs of the woke mob right now,” Rodgers said in regard to the criticism he has received since contracting the novel coronavirus. “I believe strongly in bodily autonomy and ability to make choices for your body: Not have to acquiesce to some woke culture or crazed group of individuals who say you have to do something. Health is not a one-size-fits-all for everybody.”

During the interview, Rodgers also said that he spoke with popular podcast host Joe Rogan, who also recently contracted COVID-19 and said he used ivermectin to treat his symptoms.

While ivermectin has been praised by some as a COVID-19 treatment, the U.S. Food and Drug Administration (FDA) has warned that it is not an approved option to combat the coronavirus.

“There are approved uses for ivermectin in people and animals but it is not approved for the prevention or treatment of COVID-19,” the FDA said on its website.

Since Rodgers tested positive for COVID-19, under the NFL‘s policy, he will miss 10 days. Packers’ backup quarterback Jordan Love is set to take his place on Sunday in a game against the Kansas City Chiefs.

Newsweek reached out to the Green Bay Packers for comment but did not receive a response in time for publication. 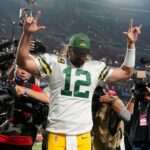 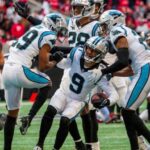