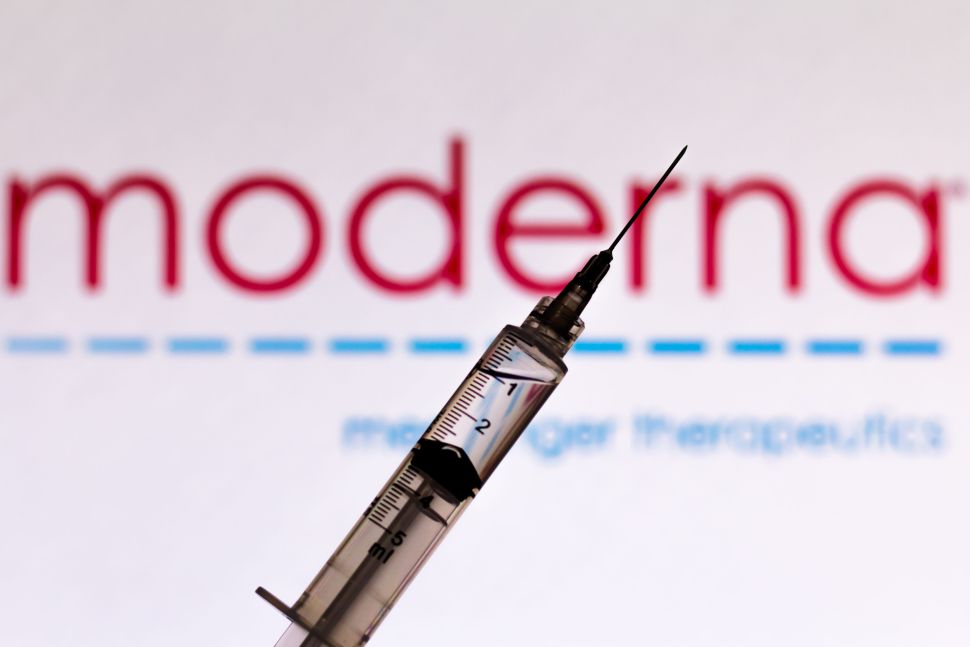 In this photo illustration a medical syringe is seen with Moderna Therapeutics company logo displayed on a screen in the background. Rafael Henrique/SOPA Images/LightRocket via Getty Images

Scientists have already warned about the danger of drugmakers rushing the development of COVID-19 vaccines. Now a new rule issued by the FDA makes it almost certain that we won’t have a working vaccine by Election Day, dashing President Donald Trump’s hopes and demands.

The Food and Drug Administration said on Tuesday that all vaccine makers will have to follow up with more than half of their trial participants no less than two months after they receive their last doses to check for possible side effects before the agency would consider emergency use authorization.

Three drugmakers are in the final stages of testing COVID-19 vaccines: Moderna, Pfizer and Johnson & Johnson. Given their trial start dates, the new FDA requirement indicates that the agency won’t authorize a COVID-19 vaccine at least until the end of November.

The furthest ahead in vaccine testing by far is Boston-based Moderna. The company began phase 3 trials in late July and aims to enroll 30,000 participants. To meet the FDA’s new requirement, Moderna has to check back on at least 15,000 of the participants two months after they’ve received the second dose. Since the trials require volunteers to get two vaccine doses about a month apart, the earliest Moderna can start follow-up is late October.

Things aren’t all roses with Moderan, as its ongoing trials are facing delays. Earlier this week, the company’s executives told Reuters that its contractors responsible for recruiting volunteers had failed to enroll enough minority participants to determine how its vaccine would work for those populations.

Pfizer started phase 3 trials on the same day as Moderna. And they also require two doses given a month apart. However, last week a Pfizer spokesperson said the company wouldn’t be able to conclude those trials on time.

Peter Marks, director for the FDA’s Center for Biologics Evaluation and Research, said the agency’s new guidance is a “balance” between speed and safety. But President Trump bashed the requirement as “just another political hit job.” “New FDA rules make it more difficult for them to speed up vaccines for approval before Election Day,” he tweeted.

New FDA Rules make it more difficult for them to speed up vaccines for approval before Election Day. Just another political hit job! @SteveFDA

Trump, who has the virus and has been actively putting employees at risk after returning early from Walter Reed Medical Center, has also said that COVID-19 is no more dangerous than the flu.

“[COVID-10] is very, very much different from influenza,” Fauci said. “You don’t get a pandemic that kills a million people—and it isn’t even over yet—with influenza. So it is not correct to say it’s the same as flu. It has some overlapping symptomatology early on, but flu doesn’t do the things to you that COVID-19 can.”

In other news, China is making meaningful progress in its own vaccine development and hopes to roll out a vaccine to other countries.

On Tuesday, researchers at China’s Institute of Medical Biology said in a paper published in medRxiv that an experimental COVID-19 vaccine developed by the organization had induced positive immune responses in participants of a phase 1 trial without severe side effects.

The Chinese government is also in talks with the World Health Organization to provide Chinese-developed COVID-19 vaccines to other coronavirus-hit countries. Medical experts have expressed concerns over the safety of those vaccines. Hundreds of thousands of essential workers and other high-risk groups in China have been given the vaccines despite incomplete clinical trials.

The Delayed 2021 Movies That Already Look Like Box Office Flops 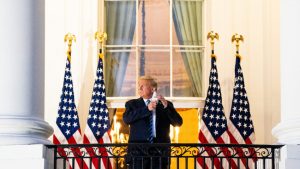