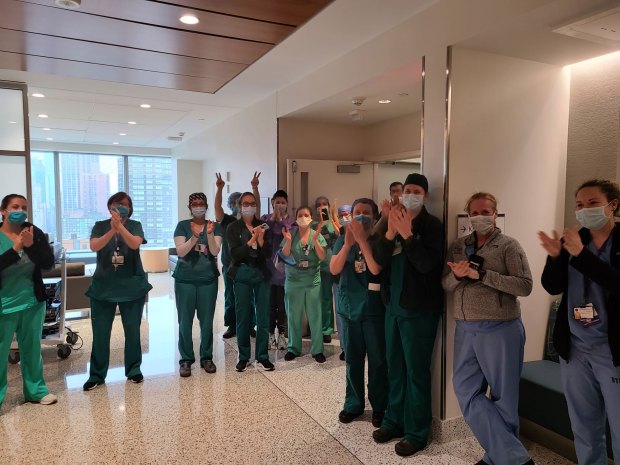 When he awoke from a month-long coma, one of Jeff Gerson’s
first thoughts was that he wanted to thank the people who saved his
life.

Gerson, a 45-year-old from Manhattan, arrived at NYU Langone
Tisch Hospital on March 18 with shortness of breath, an
uncontrollable cough, and a 103-degree fever. A day later, he was
diagnosed with Covid-19
and put on a ventilator.

Gerson spent five months trying to track down
every medical professional who helped him recover. The list was
116 people long, he said.

“I just feel tremendously grateful and lucky,” Gerson told
CNN this week. “The story, if there is one, is not necessarily
that I survived, but that these people saved my life. I really felt
the need to find them, get their names, and thank them.”

He penned a letter in November to thank the doctors, nurses,
respiratory therapists and others. Gerson emailed it to a hospital
administrator, who passed it along to the staff.

“If you are receiving this letter, it is because I have become
aware that you had a part in saving my life,” Gerson wrote. “It
is only after much effort on my part to find your names that I
would realize just how many of you there were on my care
team.”

He sleuthed for the names in three ways. He started with the
MyChart app, which tracks a patientâ€™s tests and care. Gerson saw
who ordered the more than 750 tests, from blood work to EKGs, he
underwent while at the hospital.

A nurse helped him get 60 names in a spreadsheet a month after
he was discharged in late April. And he scoured insurance reports
to see names tied to his insurance claims.

He had to find a way to thank them, he said. Saying thank you
when he awoke from the coma was difficult, as the hospital limited
the number of staff coming in and out of his ICU room.

â€œExcept for the nurses that I was directly interacting with,
there really wasnâ€™t an opportunity to say thank you to anybody.
It left a void in my emotional recovery,â€ Gerson said. â€œHere I
am having survived, Iâ€™m crying with joy every morning and I feel
a huge debt of gratitude to these people who I canâ€™t even talk to
because theyâ€™re not coming into my room.â€

A kind nurse excitedly welcomed him back and quickly offered to
help him call friends and family who were so concerned about him.
No one had been allowed to visit.

Gerson awoke on April 17. â€œI woke up just in time to call my
son on his sixth birthday,â€ he said.

A week later, an â€œemotional parade through the hallway of the
hospitalâ€ greeted him when he was discharged, he said.

â€œIt was really a party and a celebration for the people in the
hospital,â€ Gerson said. â€œThey were just ecstatic and so happy
to be sending someone to rehab alive and with a good
prognosis.â€

The finance professional said he wanted to throw a huge party
for everyone who helped him. That was until he realized the world
had changed in the time he was sedated.

â€œI looked out the window and this is when it slowly started
occurring to me: The world was not the same world that I left when
I went to sleep,â€ he said.

Doctors tried everything they could

The medical team caring for Gerson kept the otherwise healthy,
then 44-year-old alive with two types of mechanical
intervention.

Dr. Luis
Angel, a pulmonologist and critical care specialist, was one of
Gersonâ€™s ICU doctors.

â€œSoon after he was admitted to our hospital, he developed
respiratory failure and pneumonia with Covid,â€ Angel told CNN.
â€œIt was clear that we werenâ€™t able to support him initially
with the oxygen and then with the mechanical ventilation. Then it
became important for him to use the system that is called the
ECMO.â€

ECMO, or extracorporeal
membrane oxygenation, uses a pump to remove the patientâ€™s
blood and circulate it through an artificial lung. The artificial
lung adds oxygen to the patientâ€™s blood and removes carbon
dioxide. Itâ€™s often called the highest form of life support.

â€œHe was very, very sick and we had to keep him under really
deep sedation in a way that he couldnâ€™t remember anything for at
least two or three weeks until his lungs started recuperating with
time,â€ Angel said.

It was mid-March, and it was early in the pandemic. Not much was
known about how to treat Covid-19 patients, except what doctors
were doing in
China and
Italy, two of the earliest hot spots.

Using ECMO and tracheostomies, which were both done for Gerson,
were two â€œcontroversialâ€ treatments at that point, Angel said.
The thought was that these patients were so sick that they would
not survive the treatment.

â€œJeff was one of almost 50 patients that we placed on ECMO
here at NYU during the pandemic,â€ he said.

If not for the ECMO and tracheostomy, Angel said Gerson would
have died.

When Angel saw the letter Gerson wrote to those who cared for
him, he said it felt â€œniceâ€ but that the team was just doing
their job.

â€œIn the end, we are not looking for anyone to particularly say
thank you or anything like that,â€ Angel said.

After working long shifts and not taking time off for weeks and
weeks, Angel said that the letter was meaningful.

â€œYou see the significant amount of work that he did and
somebody that very likely was going to die in the hospital, makes a
full recovery and then heâ€™s able to say thank you is very
meaningful for us,â€ Angel said.

He couldnâ€™t reach one doctor

Gerson was unable to reach one person: Dr. Sydney Mehl, who was
treating patients with Covid-19 when he too fell ill and died of
the virus, a hospital spokeswoman confirmed.

Mehl, a cardiologist, tested positive for Covid-19 and was
admitted to the hospital on March 20.

While Gerson was reading through the last of his insurance
claims, he got to the earliest. The doctor on it was S. Mehl, he
said.

Gerson has been in touch with Mehlâ€™s wife and daughter by phone
and text message and heâ€™s shared how grateful he was for the
doctorâ€™s help. He also said he donated to the doctorâ€™s
memorial fund.

Since Gerson sent the letter to hospital workers, he said heâ€™s
heard from even more people who helped care from him.

â€œContinue doing what you do,â€ Gerson wrote in the letter.
â€œContinue being the heroes you are and know you will forever have
my gratitude.â€ 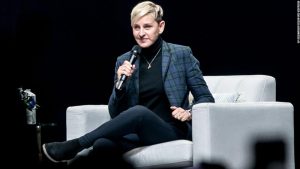 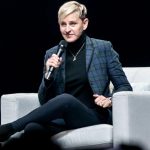 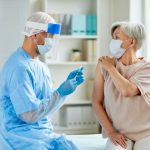 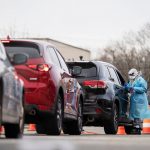 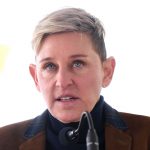