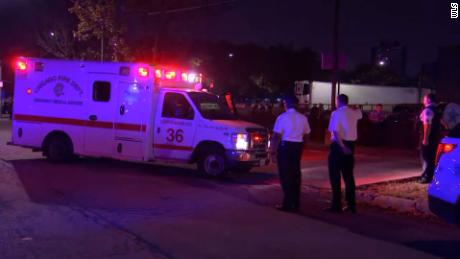 Officers responded after receiving multiple calls reporting gunshots on Wortman Avenue in Brooklyn at around 12:30 a.m., the New York City Police Department said.
Brooklyn North’s Borough Commander, Assistant Chief Judith Harrison, told reporters at a news conference that 100 to 150 people had gathered at the party when “an unknown male brandished a firearm and began shooting” after a verbal dispute.
The man shot one person at the party before shooting three men who were sitting inside a gray Infinity sedan parked on the corner of Georgia and Wortman avenues, Harrison said.
She said it was unknown whether the fifth victim was shot inside or outside the party.
Deputy Chief John Chell told reporters that two of the men in the car — both aged 36 — were killed.
Two male victims, one 32 and another 51, were transported to Brookdale Hospital with multiple gunshot wounds where they are said to be in critical condition, according a statement from the NYPD.
The fifth man drove himself to Montefiore Hospital in New Rochelle where he is currently in stable condition, Chell told the news conference. Asked to describe the party where the shooting began, Chell said: “Seemed like an older gathering of people having a good time on a nice summer night.”
He urged witnesses to call police with information. “We know there’s some videos out there we know people saw what happened,” he said.
There are currently no arrests and the investigation is ongoing. 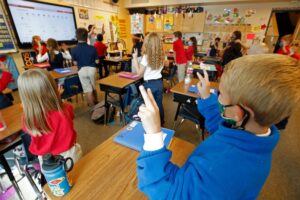 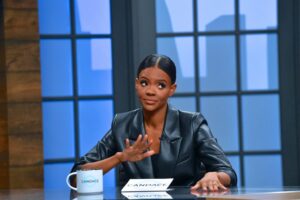 Candace Owens Says She's 'Proud' to Not Be Vaccinated Against COVID-19: 'I Trust My Gut'