What Is Happening in Cuba? Protests and Unrest Explained 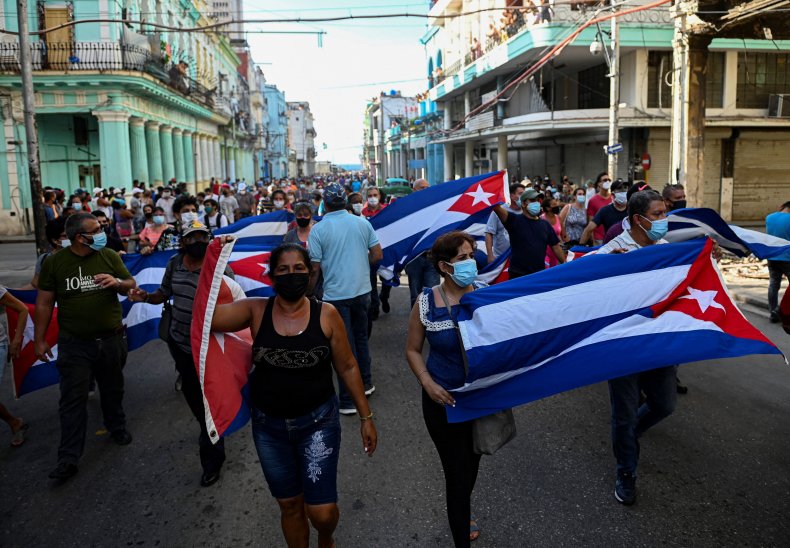 Thousands of Cubans have taken to the streets to demand the end of the communist dictatorship as they struggle with an economic crisis and food shortages made worse by the coronavirus pandemic.

People chanting “freedom” and calling for President Miguel Díaz-Canel to step down joined protests in major cities including Havana and Santiago yesterday. The president took a hard line, promising a “revolutionary response” to the protests.

Cubans are experiencing the worst economic crisis the country has had in 30 years, and the pandemic has only made the situation worse.

Videos emerged on social media of people voicing their anger over shortages of basic goods, their lack of freedoms and the government’s handling of the COVID pandemic.

Protesters have also been calling for a vastly improved COVID vaccination program, after an outbreak of cases was announced last week in the Matanzas province.

How Did the Protests Unfold?

The demonstrations have been caused by the worsening economic crisis in the country. Cuba relies heavily on tourism, and its main source of income has been drastically hit by the coronavirus pandemic.

Many people are being forced to spend hours queuing to buy basic food items. Others are finding it very difficult to get work because restaurants and businesses have been hit by the fallout from the pandemic.

In Artemisa, demonstrations began at around midday, with videos emerging of people chanting anti-government slogans.

Resident Claris Ramirez told Reuters: “I just walked through town looking to buy some food and there were lots of people there, some with signs, protesting. They are protesting blackouts, that there is no medicine.”

Protests in Havana took place from about 3pm to 8pm because of a COVID curfew in place between 9pm and 5am.

A demonstrator told AP: “We are fed up with the queues, the shortages. That’s why I’m here.”

Noel Alonso Ginoris, 26, a writer and member of Havana’s San Isidro artists’ movement that has sought to challenge the government’s authority, joined the protest in Havana at 1pm on Sunday.

He told The Washington Post: “I have never seen such a protest in my life.”

Ginoris said he saw a clash between protesters and about 50 pro-government demonstrators who were being guarded by police, with the two groups violently confronting each other.

A group of protesters also rallied near Versailles, a Cuban restaurant in the Little Havana neighborhood in Miami, Florida.

Were There Any Arrests?

There have been reports of security forces and suspected plainclothes officers arresting about two dozen protesters.

Police reportedly also used pepper spray and hit some protesters, as well as a photographer working for the Associated Press.

Some pictures taken in Havana showed police cars being overturned in the street during the protests.

How Have Politicians Reacted?

President Miguel Díaz-Canel said he was “willing to do anything” and called on people to end the protests.

He said the demonstrations were a form of “systemic provocation” and criticized the United States, accusing the country of trying to weaken Cuba’s economy.

Díaz-Canel said in a televised statement: “We call all revolutionaries to hit the streets to defend the revolution everywhere. Over our dead bodies. We are prepared to do anything.”

The president was due to make another address to the nation at 9am on Monday, according to state-run media.

How Did U.S. Politicians Respond?

In the U.S., some politicians showed their support for the demonstrators in Cuba, with Miami-Dade Mayor Daniella Levine Cava tweeting: “We stand united with the Cuban people on the island and across our community at this historic moment in the struggle for freedom, dignity, and basic human rights.

“May their courageous actions bring about real change and move us closer to the dream of a free Cuba.”

Congressman Rep. Mario Diaz-Balart called for the U.S. to support the island, as he said in a statement: “Now more than ever, the United States and the international community must support the Cuban people in their struggle for freedom.

“The humanitarian crisis Cuba faces right now is yet another symptom of the incompetence and absolute cruelty of the Cuban tyranny.

“We know what freedom means for the Cuban people, and now, while the regime uses savage violence against the people peacefully demonstrating in the streets, the world has the obligation to stand with the brave Cuban people.”

Joe Biden didn’t immediately release a statement on the protests, with Sen. Marco Rubio accusing the president’s administration of silence after one of the biggest demonstrations in the country in decades.

Rubio tweeted: “The people of #Cuba bravely take to the streets against 62 years of socialist tyranny. 12 hours later President @joebiden @POTUS has yet to say a word about it.”

How Is Cuba Managing the COVID Pandemic?

The country has a mass vaccination campaign underway, but so far only 1.7 million of its 11.2 million residents have been fully vaccinated.

Twice that many people have received at least one shot in the three-shot process, Reuters reported.

The arrival of the Delta variant has recently caused a surge in cases, with 6,923 more infections and 47 deaths reported on Sunday.

As hospitals started to become overwhelmed, protesters are also pushing for the government to step up the vaccination campaign.

Earlier this month, Cuba announced that a vaccine it developed is 92.28% effective against COVID after three doses, El Pais reported.

The Abdala vaccine is one of five vaccine candidates being trialed on the island.

Health authorities aim to have 70% of the island’s inhabitants vaccinated by September and the whole population by the end of the year. 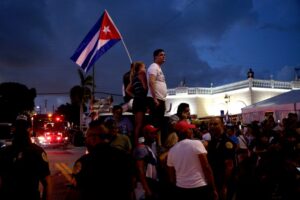 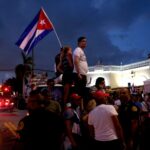 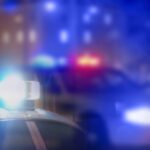 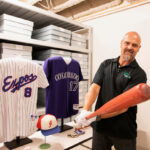